Ali Abdel Sadah reports that the Iraqi government is investigating links between Iraqi al-Qaeda and Jabhat al-Nusra, which the US has declared a terrorist group. 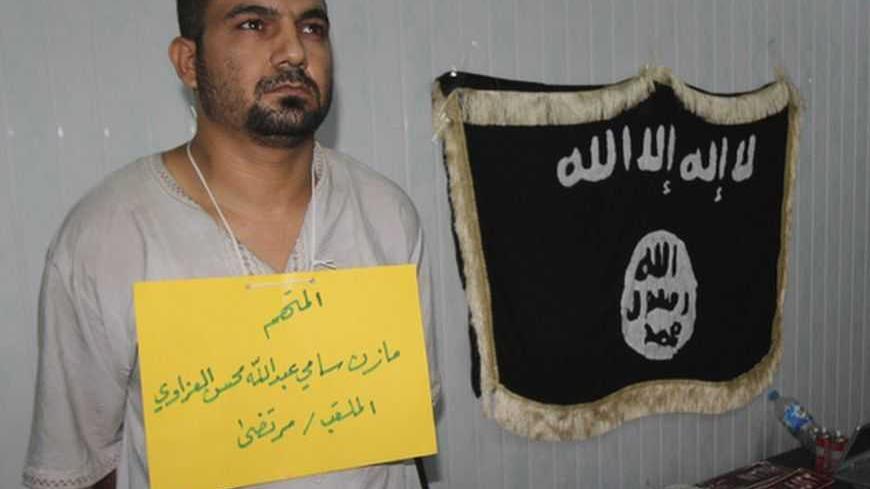 The Iraqi government is tracing the links between the Islamic State of Iraq, which is the Iraqi branch of al-Qaeda, and Jabhat al-Nusra, which is active in the Syrian revolution against Bashar al-Assad’s regime.

In September 2012, the US State Department categorized Jabhat al-Nusra as a terrorist organization. US Ambassador to Damascus Robert Ford, who visited Baghdad recently, told Al-Monitor that “Jabhat al-Nusra’s fighters make up less than a third of the fighters opposed to Assad.”

Iraqi politicians from the State of Law Coalition, which heads the government, have been circulating reports stating that Jabhat al-Nusra represents “the Iraqi vein” in the armed groups of the Syrian opposition. Shiite parties are concerned about the effects of al-Qaeda fighters formerly based in Iraq moving to the Syrian arena.

A senior security official from the office of the chief of staff of the Iraqi armed forces told Al-Monitor that the government has finally obtained reliable information regarding the movement of Islamic State of Iraq militants to Syria. These militants, who adhere to the wing close to Abu Musab al-Zarqawi, the group’s former leader who was killed in 2007, cross the Iraqi-Syrian border near Anbar and Mosul.

In the demonstrations that erupted recently in Sunni-dominated provinces against Prime Minister Nouri al-Maliki, many demonstrators have raised the flags of the Free Syrian Army, which the government has taken as an indicative of the nature and demands of those demonstrations.

The security official from Maliki's office, who wished to remain anonymous, said, “The militants’ relocation to Syria is not being done arbitrarily [...] There is a sophisticated scheme to shift Islamic State of Iraq activities to Syria.”

The official, who is a politician close to Maliki, said that high-up Iraqi leaders are providing the necessary logistical and material support to facilitate the move, saying, “Iraqi insurgents are obtaining passports, and border crossings are being coordinated to facilitate travel to Syria.”

A member of the Shiite State of Law Coalition stated, “The influence of the Syrian Jabhat al-Nusra extends into Iraq, and it will reveal the involvement of politicians in facilitating the travel of militants.”

Since the outbreak of the Syrian revolution against the Baathist regime in Damascus, the government has been declaring its support for a political solution, warning against “the continued support of Ankara and Doha to the armed opposition.” But Sunni politicians believe that Iraq’s political rhetoric mimics the Iranian position regarding Syria, and that Assad is still standing because of “what has been provided by countries including Iraq” in terms of support.

The Iraqi civil war of 2006 and 2007 witnessed Syrian fighters flocking to Iraq, and at that time Maliki's government accused the Syrian regime of facilitating their crossing into the country.

The Iraqi security official from Maliki’s office believes that “the movement of Iraqi fighters to Syria is partly returning the favor to the Syrians who are fighting the Assad regime.”

Ambassador Ford told Al-Monitor that “Jabhat al-Nusra constitutes less than a third of the fighters, and there are other armed brigades in Syria which play an important role in the fight against the regime.” Ford felt that Washington’s announcement that it had placed the group on the terror watch list was tantamount to “sounding the alarm.” However, he denied that the US State Department made Maliki privy to evidence regarding the movement of Iraqis to fight in Syria. He confirmed that they are constantly taking “precautionary measures in preparation for the post-Assad era.”