Jabhat al-Nusra Is Growing Menace To Mideast and Beyond

Bruce Riedel warns that Jabhat al-Nusra is the world’s fastest-growing al-Qaeda franchise and a threat to the entire region. 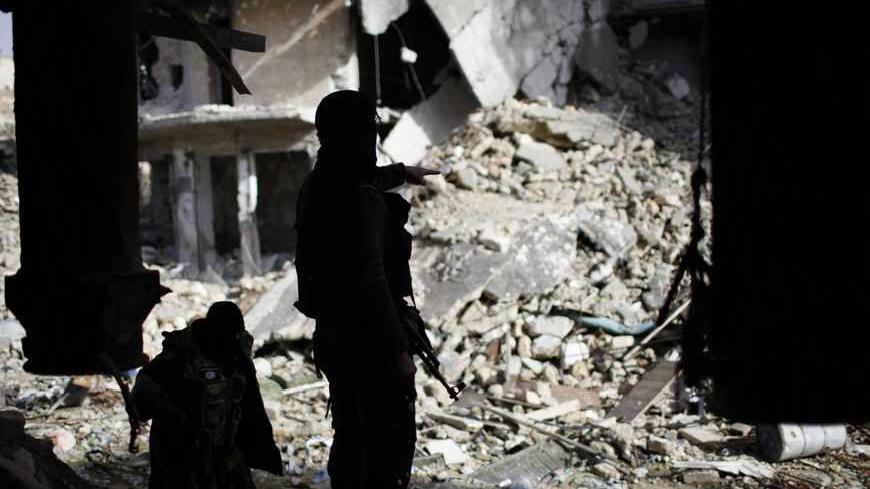 Members of Jabhat al-Nusra take their position on the front line during a fight with Syrian forces loyal to President Bashar al-Assad in Aleppo, Dec. 24, 2012. - REUTERS/Ahmed Jadallah

As the Syrian civil war gets ever more violent and destructive, there is a big beneficiary: al-Qaeda and its franchise in Syria, Jabhat al-Nusra — which is now the fastest-growing al-Qaeda front in the world, attracting fighters from across the Islamic world. Today it's focused on destroying the Bashar al-Assad regime but its ultimate goals are much bigger, attacking America and its allies in the heart of the Middle East.

The Syrian franchise gets crucial support from the al-Qaeda core in Pakistan. Al-Qaeda leader Ayman Zawahiri issued a public call in February 2012 in which he urged “every Muslim and every free and honest person in Turkey, Iraq, Jordan and Lebanon to rise and help their brothers in Syria with everything they have and can do.”

Zawahiri’s call, just after the announcement of the creation of Jabhat al-Nusra and its first major attacks in Aleppo, was clearly coordinated with the fighters on the ground. Since that call, at least one senior member of the al-Qaeda Shura Council in Pakistan has traveled to Syria to further coordinate plans and operations with the core hiding in Pakistan.  Former Secretary of State Hillary Clinton termed the exchanges of messages between al-Qaeda in Pakistan and Jabhat al-Nusra in Syria as “deeply disturbing” in one of her final interviews in office.

Jabhat al-Nusra, translated variously as the Victory Front or the Support Front for the Syrian people, was officially founded in January 2012, almost a year after the first demonstrations against the dictatorship of President Basher al Assad.   It was created with the additional assistance of the al Qaeda franchise in Iraq which was formed nearly a decade ago during the American invasion of Iraq.  The Iraqi base provided a safe haven for setting up the front in Syria and still provides sanctuary for the Syrian group.

Estimates of the size of Jabhat al-Nusra vary but they may now account for up to a quarter of the opposition fighters in Syria. The al-Qaeda presence is stronger around Aleppo and the north than around Damascus but it is becoming a national phenomenon. Without doubt they are among the most effective fighters in the resistance to the Assad regime and the most willing to use multiple simultaneous suicide bombings, an al-Qaeda trademark. Al-Qaeda in Iraq has a wealth of experience in developing large sophisticated bombs which has been exported into Syria.

And the front is attracting more fighters rapidly, not just among Syrians but from across the Muslim world.  One estimate suggests that as many as 5000 foreign fighters have gone to Syria. A review of jihadist websites found more than 130 martyrdom notices — obituaries posted on extremist websites ‘celebrating’ the martyrdom of fighters in Syria.  Most are relatively new; 85 of the 130 were posted in the last few  months.  The majority of these were for fighters in Jabhat al-Nusra. They came to Syria from Libya, Saudi Arabia, Egypt, Jordan, Tunisia, Palestine, Lebanon, Australia, Chechnya, Kuwait, the United Arab Emirates, Kosovo, Azerbaijan, France, Iraq and Spain.

Several senior European intelligence officials have told me that there is a wave of angry young Muslim men from all across Western Europe going to Syria to join al-Qaeda and fight Assad.  The largest contingent is from the United Kingdom, perhaps over a hundred already. The Danish press reported that a 39-year-old Danish citizen, Slimane Hadj Abderrahmane,  along with another unnamed Danish citizen, were killed fighting in Syria. Abderrahmane, the son of a Danish mother and an Algerian father, had served two years in Guantanamo after being captured by American forces in Afghanistan in 2002. Danish reports say at least thirty Danish Muslims have gone to fight with Jabhat al-Nusra in Syria.

Jabhat al-Nusra is not the only jihadist group fighting in Syria that is linked to al-Qaeda. Other smaller groups with a local focus also support the al Qaeda movement and align themselves with Jabhat al-Nusra.

Assad, of course, from the beginning of the uprising against his tyranny has blamed it all on terrorists and al-Qaeda.  But the truth is that by refusing to give up power and by resorting to a brutal war against his own people, Assad has created a self-fulfilling prophecy and brought al Qaeda to Syria. The longer the war goes on, the stronger al-Qaeda will get in Syria.

The Syrian group has also tried to export its violence to Jordan. In October, the Jordanian intelligence service foiled a plot based in Syria by al-Qaeda to stage a mass casualty terror attack in Amman that was apparently modeled on the 2008 attack by Pakistani terrorists on Mumbai, India.  The Jordan attack would have begun with suicide bombings in two shopping malls in Amman, then when the security forces rushed to deal with those, other attackers would have struck the American Embassy and other western diplomats in the city.

Jordanian authorities believe that the plot was scheduled to coincide with the anniversary of November 9, 2005, terrorist attacks in Amman, in which 60 people were killed and 115 injured in multiple hotel bombings. Al Qaeda claimed responsibility for the plot, citing its rejection of Jordan’s alliance with the United States and Jordan’s 1994 peace treaty with Israel. Jordanian intelligence said that the group nicknamed its new terror plot “9/11 the second” after the 2005 bombings.  Among those arrested were two cousins of the Jordanian founder of al Qaeda in Iraq, Abu Musaib al Zarqawi, who planned the 2005 attacks.

For now, the jihadists are focused on Syria and winning the war against Assad.  But their ambitions are much larger. The groups’ amir or leader uses the nom de guerre of Mohammad al Golani, a clear indication of al Qaeda’s hope to use Syria as a base for attacking Israel.  Israeli sources say elements of Jabhat al-Nusra have already appeared opposite the Israel Defense Forces on the Golan Heights.

With a base in Syria, the jihadists can threaten American interests in the entire Levant region, Europe and our allies in Turkey, Jordan and Israel. The worst danger is that the al Nusra front will get control of some of Syria’s large chemical weapons arsenal.  Bashar’s father, Hafez al-Assad, built a major chemical weapon capability in the 1980s which includes the deadly nerve agent Sarin which was first developed by the Nazis. Al-Qaeda has been trying to get a weapon of mass destruction for years. In February, Jabhat al-Nusra fighters seized the remnants of the North Korean-built nuclear reactor destroyed by the IDF in September 2007. Next the group could grab a working chemical weapon.

Bruce Riedel is the director of the Intelligence Project at the Brookings Institution.  His latest book is Avoiding Armageddon:  America, India and Pakistan to the Brink and Back.