New Al-Qaeda Generation May Be Deadliest One

Al-Qaeda has exploited the chaos and turmoil of revolutionary change in the Arab world to create operational bases and new strongholds, writes Bruce Riedel. 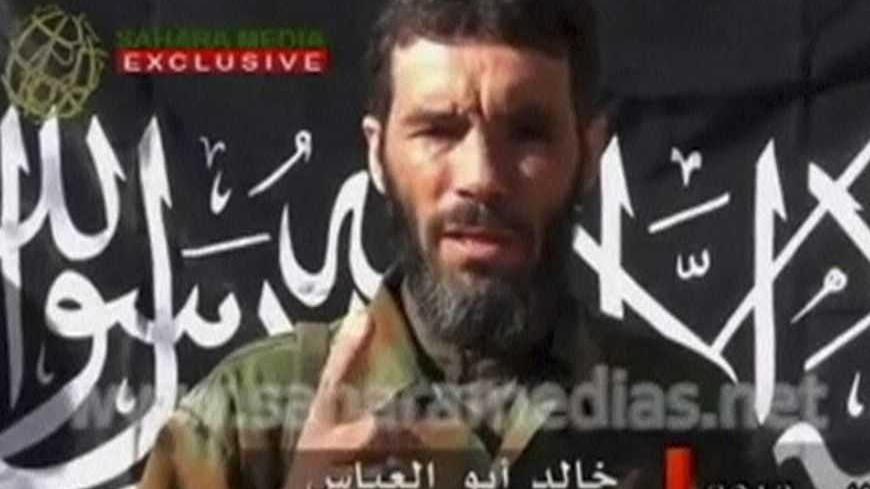 Veteran jihadist Mokhtar Belmokhtar speaks in this undated still image taken from a video released by Sahara Media on Jan. 21, 2013. Belmokhtar has claimed responsibility in the name of al-Qaeda for the Algerian hostage-taking. - REUTERS/Sahara Media via Reuters TV

The dramatic attack in Algeria this month on a natural gas facility underscores the emergence of a new generation of al-Qaeda across the Arab world, "al-Qaeda 3.0" or the movement's third generation.

Despite Osama of bin Laden's death, al-Qaeda has exploited the Arab Awakening to create is largest safe havens and operational bases in more than a decade across the Arab world. This may prove to be the most deadly al-Qaeda yet.  And at the center of the new al-Qaeda remains the old al-Qaeda, Ayman al-Zawahiri still hiding in Pakistan and still providing strategic direction to the global jihad.

The first generation of al-Qaeda was the original band in Afghanistan created by bin Laden in the 1990s. The second emerged after 9/11 when the group re-emerged in Pakistan, Iraq and then across the Muslim world.  Now a third iteration can be discerned  in the wake of bin Laden’s killing by U.S. Special Forces and the Arab Awakening.

The fastest growing new al-Qaeda is in Syria. Using the cover name Jabhat al-Nusrah, al-Qaeda has become perhaps the most lethal element of the opposition to Bashar al-Assad’s brutal dictatorship. For al-Qaeda, Assad and the Alawis are a perfect target since many Sunnis believe Alawis to be a deviationist sect of Islam that should be suppressed. While al-Qaeda is only a part of the opposition in Syria, it brings unique skills in bomb making and suicide operations.  Every week it gets stronger and better armed.

Now jihadist websites are reporting every day that new al-Qaeda "martyrs" from Saudi Arabia, Palestine and Egypt have died in the fighting in Damascus and Aleppo. Reliable reports from journalists speak of bands of jihadists operating in Syria with a loose affiliation to al-Qaeda and composed of Muslim fanatics from as far away as Pakistan, Bangladesh and elsewhere.

The Syrian al-Qaeda franchise has sought to learn from the mistakes of the earlier al-Qaeda generations.  It avoids open association with the brand name and seeks to work with other Sunni groups.  It is well armed, uses bases in Iraq for support and supply, and benefits from weapons supplied by Qatar and Saudi Arabia to the opposition.  Its leader uses the nom de guerre Abu Mohammad al Golani, a reference to the Israeli-occupied Syrian Golan Heights

The longer the civil war in Syria goes on, the more al-Qaeda will benefit from the chaos and the sectarian polarization.  It will also benefit from the spillover of violence from Syria into Lebanon, Turkey, Iraq and Jordan that is now inevitable.

Like the rest of the world, al-Qaeda was surprised by the revolutions that toppled dictators in Tunisia, Egypt, Libya and Yemen.  Its ideology of violence and jihad was initially challenged by the largely nonviolent revolutionary movements that swept across North Africa and the Middle East.  But al Qaeda is an adaptive organization and it has exploited the chaos and turmoil of revolutionary change to create operational bases and new strongholds.

In North Africa, al-Qaeda in the Islamic Maghreb (AQIM) — originally an Algerian franchise of the global terror organization — has successfully aligned itself with a local extremist group in Mali named Ansar Dine, or Defenders of the Faith, and together they have effectively taken control of the northern two-thirds of Mali.  When they tried to march on the capital, Bamako, France finally intervened with jets and troops.

AQIM is also at work in Libya, especially around Benghazi.  A faction of al-Qaeda led by Mokhtar Belmokhtar staged the Algerian attack from Libya.  Belmokhtar is a first-generation al-Qaeda leader who has survived. He began his career in Afghanistan with the legendary jihadist thinker Abdullah Azzam in the late 1980s. He is an avowed admirer of the Jordanian founder of al-Qaeda in Iraq, Abu Musab al Zarqawi, who took Iraq to the edge of civil war in 2006.

In Egypt, another third-generation al-Qaeda jihadist stronghold is in the desert of the Sinai Peninsula. Long a depressed and angry backwater in Egypt, after the revolution that toppled President Hosni Mubarak, disaffected Bedouin tribes in the Sinai cooperated with released jihadist prisoners to begin attacks on security installations and the Egypt-Israel gas pipeline. The jihadists in the Sinai have pledged their allegiance to Zawahiri and Zawahiri has repeatedly endorsed their attacks on Israeli targets.

In Yemen, al-Qaeda in the Arabian Peninsula (AQAP) exploited the fall of Ali Abdullah Saleh’s dictatorship to take over remote parts of the south and east of the country.  It lost control of several towns to government counterattacks last summer but it struck back with deadly attacks on security targets in Sanaa, Aden and other major cities.  Increasingly drones are attacking AQAP in the deserts of Yemen, most famously killing its American-born operative Anwar al Awlaki, but group is resilient.

Iraq’s al-Qaeda franchise is the essence of resilience. The 2007 surge was supposed to destroy al-Qaeda’s franchise, the Islamic state of Iraq, but it didn’t.  Despite enormous pressure and the repeated decapitation of its senior leadership, the group has survived and recovered.  It appeals to the Sunni Arab minority which feels oppressed by the Shiite-dominated government.  Al-Qaeda in Iraq has rebuilt its sanctuaries in some Sunni regions and its leader, Abu Bakr al Baghdadi, has promised more attacks in Iraq and in the United States.

The third generation of al-Qaeda's success in capitalizing on revolutionary change in the Arab world comes despite a lack of broad popular support. Al-Qaeda 3.0 remains an extreme movement that appeals only to a small minority, but terrorism is not a popularity contest.  Al-Qaeda today is stronger at the operational level in the Arab world than it has been in years.

Back in Pakistan, the old al-Qaeda leadership, what jihadists call al Qaeda al Um or "mother al-Qaeda" is rebuilding.  Since President Barack Obama came to office in 2009, there have been almost 300 lethal drone strikes in Pakistan flown from bases in Afghanistan, most of which targeted al-Qaeda operatives.  Along with the raid on Abbottabad that killed bin Laden in 2011, the offensive has put it on the defensive.

But it is not dead, nor alone.  Al-Qaeda’s allies in Pakistan, such as Lashkar-e Tayyiba — the group that attacked Mumbai in 2008 — and the Afghan and Pakistani Taliban, are under little or no pressure and are helping the mother ship recover. Zawahiri regularly issues statements ordering the faithful to go to Syria or Mali to fight.  His orders are obeyed as there is no challenger to his authority.

AQ 3.0 is a complex and decentralized enemy that requires strategies tailored to each franchise. There is no one answer to each challenge. There is no "strategic defeat” of al-Qaeda in sight.

Bruce Riedel is a senior fellow at the Saban Center for Middle East Policy at the Brookings Institution and a former senior official in the CIA  and on the White House National Security Council..