The Iraqi army is conducting military operations against al-Qaeda militants in western Iraq, with concerns that these groups are coordinating with terrorist groups in Syria, reports Ali Abel Sadah. 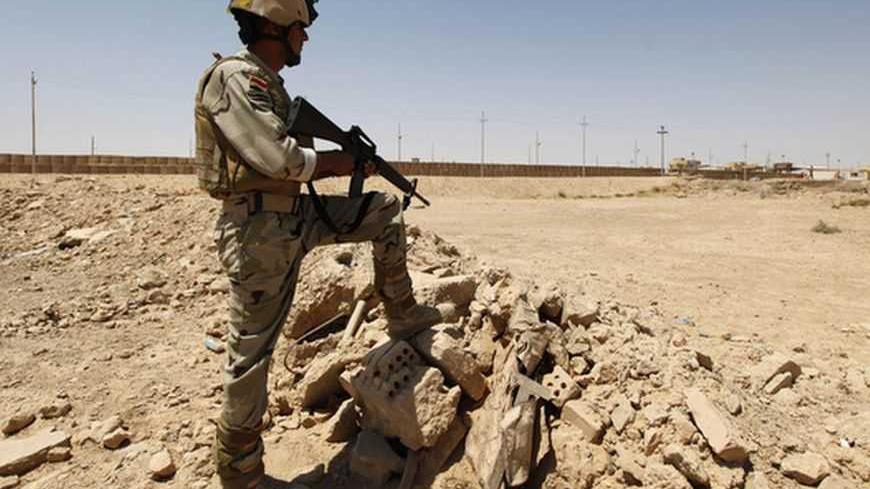 Since the outbreak of the Syrian revolution, al-Qaeda militants have been active in private camps out of the public eye, most of which are close to the Iraqi-Syrian border.

On the other hand, Iraqi special forces have succeeded in thwarting this activity and have launched major military operations since the end of last year. The latest operation involved clashes with armed groups in the Horan Valley in western Iraq.

The Horan Valley is the longest valley in Iraq and divides the western highlands, coming from Saudi Arabia in the south and extending to the Euphrates River in the north. It covers civilian areas in the province of Anbar, including al-Haditha and al-Ratba.

Iraqi authorities fear that armed groups in Iraq will establish contact with the rebels in Syria.

Beginning on Jan. 17, 2013, the Iraqi army clashed for three days with militants who the Ministry of Defense said were affiliated with al-Qaeda and have equipped a large camp in the Horan Valley.

Mohammed al-Askari, a spokesman for the Ministry of Defense, said that a special army unit backed by the air force carried out a major operation in the valley, killing nine members of the group. The unit found modern equipment and tires, and warehouses containing over 400 IEDs and other powerful explosives.

Askari claims that al-Qaeda activity in the Horan Valley targeted demonstrators angry with the government of Prime Minister Nouri al-Maliki. However, a source within Maliki’s office talked about another factor: the presence of a private al-Qaeda station to communicate with militants in Syria.

The source told Al-Monitor that the area where the clashes took place is characterized by rugged terrain that Iraqi troops were not able to control completely.

The source, who wished to remain anonymous, also said that successive military operations were conducted before these clashes took place in the valley. These operations revealed that a large number of al-Qaeda members were stationed in the area, requiring a large-scale attack with aerial support.

According to the military source in Maliki's office, these armed groups hid among nomads and erected tents in the valley surrounded by grazing animals.

The source said that weapons dealers are operating in the area and have began to conduct joint operations with al-Qaeda. The source also claimed that Iraqi authorities had security information suggesting the camp was a point of contact between al-Qaeda members and militants participating in the Syrian revolution against the Bashar al-Assad regime.

This is not the first time that Iraqi forces have clashed with al-Qaeda militants operating from secret camps in the desert. In December 2012, the Iraqi government carried out a similar operation, entitled “Protectors of the Homeland” in the al-Jazira region and in the province of Mosul in northern Iraq.

A statement released by the defense ministry at the time said that the camp included vehicles upon which anti-aircraft machine guns were mounted and explosives-laden tires used in car bombings, and that the inspection of the camp led to the discovery of a large factory nearby, where IEDs are made.

The two al-Qaeda camps in the Horan Valley — in the province of Anbar and in al-Jazira in Mosul — include service buildings with residential quarters, kitchens and meeting and training halls.

The camps, which are considered the largest belonging to the group since violent activity decreased in Iraq, are located along the border adjacent to Syria and have attracted Iraqi and Arab militants. The Iraqi government promotes the idea that groups in Iraq are providing support to the Free Syrian Army and that they are based in camps close to the Syrian border. Communication between the two sides would be easy, given their proximity and the nurturing environment in Anbar and Mosul.