Until Prime Minister Benjamin Netanyahu finds a way to reinstate Shas leader Aryeh Deri to his ministerial positions, the ousted minister will wield much of his influence from outside the government. 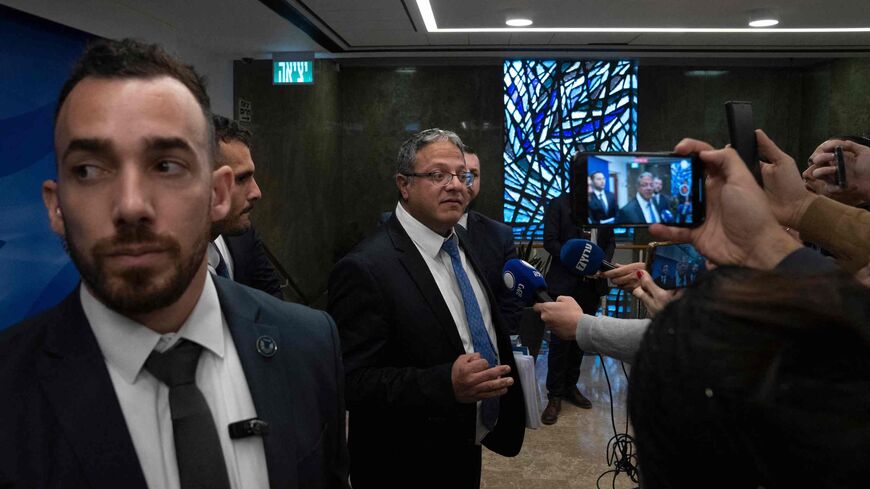 Israel's ultra-Orthodox Shas party announced on Tuesday its pick to replace Interior and Health Minister Aryeh Deri, who was fired from his position on Sunday. The Supreme Court had ruled last week that having been convicted of fraud, Deri is disqualified to serve as minister. The ruling left Netanyahu no choice but to sack his top ally.

Religious Affairs Minister Michael Malchieli will temporarily take over the position of interior minister and Yoav Ben-Tzur, currently a minister in the Welfare Ministry, will serve as health minister. The Shas leadership decided that Malchieli and Ben-Tzur will serve as replacements for three months in the hope that in that time, a legal solution will be found to reinstate Deri.

The Supreme Court ruling and Netanyahu’s subsequent move have deepened the rift among Israeli politicians over the legal reforms the Netanyahu government is pushing. Still the ruling, perceived as persecution of the right, seems to be reinforcing the links between the coalition partners.

On Monday, Deri received an extraordinary show of support from all the heads of the coalition parties, Netanyahu chief among them. They all showed up at the Shas faction weekly meeting at the Knesset to heap compliments on Deri and pledge to stand by his side against what they consider injustice.

“Harm has been done to the principle of the will of the majority, and we must fix this,” said Netanyahu. “It’s the wrong decision … that coerced us into a situation in which Aryeh Deri is not leading as a minister in the government,” he added, pledging to restore Deri to his ministerial position. According to Netanyahu, the 400,000 Israelis who voted in the Nov. 1 elections for Shas voted for Deri to become a senior minister. Their will cannot be ignored, he argued.

This demonstration of support sent a clear message of unity within the ranks in the coalition and determination to continue the legal reforms and undercut the power of the courts. These events also showed the intense interdependence of the coalition. After Netanyahu, Deri is the most powerful person in it. His predicament must be resolved to preserve the stability of the government.

Clearly, even from the outside, Deri holds the power to destabilize the coalition. That was the reason Netanyahu, alongside all other ministers and heads of coalition parties, rushed to Deri’s home last week immediately after the court made its ruling.

The political alliance between Netanyahu and Deri has vastly strengthened in the year and a half they spent in the opposition and then together led the fight to overthrow the Bennett-Lapid government. Both have also been entangled in criminal charges, and both claim that they are persecuted by leftist legal hegemony.

Netanyahu also needs the pragmatic Deri to counterbalance far-right ministers Itamar Ben-Gvir and Bezalel Smotrich. Therefore, even now, Netanyahu will continue to consult with Deri and manage the coalition with him. They both know that even without an official title, Deri will be the one to manage the Shas party and the two ministries under the responsibility of his replacements.