Saudi Arabia to hold green forums in conjunction with COP27

Saudi Arabia will hold in November the second editions of the Middle East Green Initiative and Saudi Green Initiative summits in Sharm el-Sheikh, on the sidelines of the COP27, in what reflects the growing interest of regional countries to address the effects of climate change. 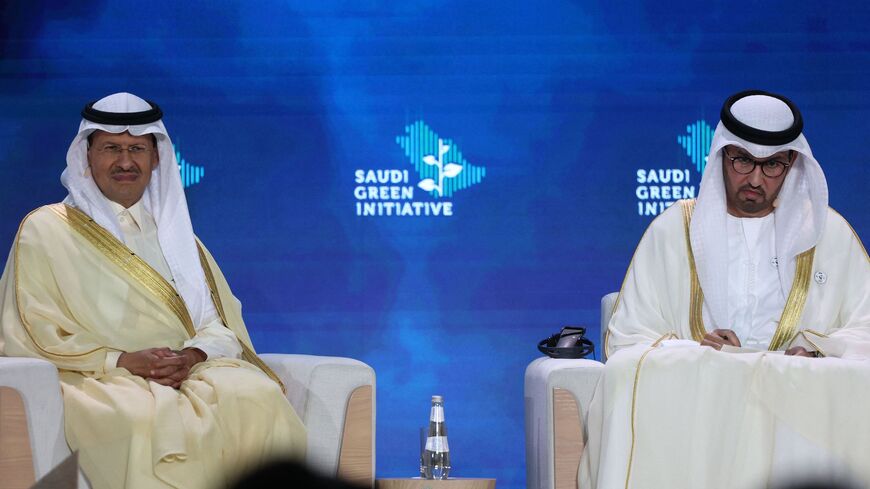 In his statement carried by the SPA, Prince Mohammed thanked Egyptian President Abdel Fattah al-Sisi for hosting the two events in Egypt in conjunction with the COP27. “(…) Our partnership with Egypt reflects a shared belief in the importance of collaborative action to address the environmental and climate challenges facing the region and the world today,” he added.

Hisham Issa, expert in environmental sciences and climate change, member of the Union of Arab Environmental Experts and member of the World Green Economy Council, told Al-Monitor that the two initiatives are very important in showing the extent of the regional countries’ serious contribution in reducing carbon emissions and limiting the negative impact of climate change.

Prince Mohammed’s announcement comes in the framework of Saudi Arabia’s orientation toward a green economy in a number of development fields, including the energy and industry sectors, Issa added.

The Saudi crown prince launched in 2021 the first edition of the Saudi Green Initiative, which aims to plant 10 billion trees in Saudi Arabia in the coming decades and reduce carbon emissions by 278 metric tonnes per annum by 2030.

Saudi Arabia also launched the Middle East Green Initiative last year, which is designed to plant 50 billion trees across the Middle East and support the efforts to reduce carbon emissions in the region by more than 10% of global contributions.

In this vein, Issa said that planting this large number of trees will help absorb carbon dioxide, which in turn will help reduce emissions. This move comes as part of adaptation measures to climate change, especially in areas known for their desertification and dust storms, as trees reduce the impact of dust storms and serve as windbreaks — especially in desert areas — Issa explained.

He added, however, that planting this large number of trees will increase water consumption at a time when the region sufferers from water shortages.

According to several studies and reports, Saudi Arabia is facing negative climate change effects, including desertification, frequent dust waves and a significant increase in temperatures.

The United Nations warned in 2021 that the MENA region is one of the most vulnerable regions to climate change effects, including desertification and severe heat waves.

The Saudi Asharq Al-Awsat newspaper quoted on Oct. 21 Abdullah al-Fahd, a Saudi environmental expert and head of the Environment Friends Society, as saying that raising awareness on environmental issues is one of the Saudi Green Initiatives’ top advantages, which is reflected in the return of the cover crop in many parts of the country.