Israeli Prime Minister Yair Lapid addressed the long-defunct council for the Israel-EU Association Agreement today in a major step toward resuming dialogue with the European Union. 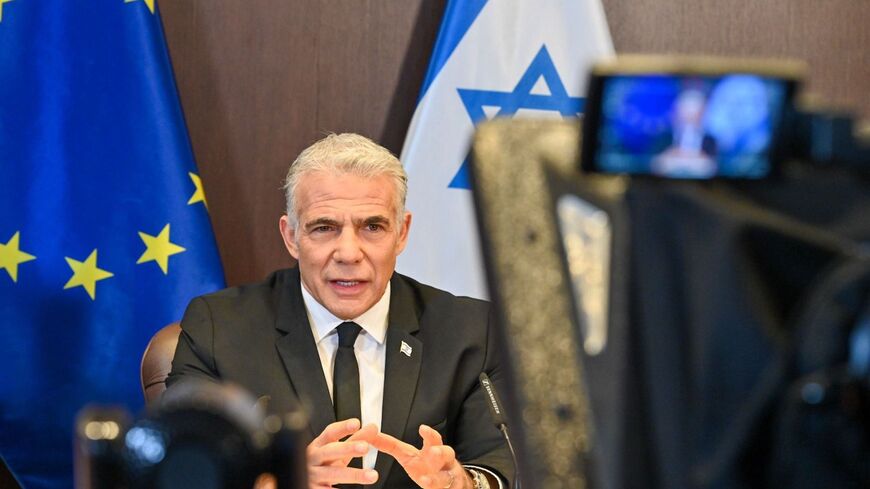 The Association Agreement between Israel and the EU is the framework for their relations in all domains. The agreement was intended to be discussed and updated every year in a council, but because of diplomatic differences, especially on the Palestinian issue, it has not convened for over 10 years. Last July Lapid traveled to Brussels as foreign minister to participate in the European foreign ministers meeting, during which it was agreed to restore the Israel-EU Association Council and deepen ties.

The meting today is a victory for Israeli diplomacy, especially for Israel’s ambassador to the EU Haim Regev and for the political-strategic director of the Foreign Ministry, Aliza Bin Noun. Both have labored hard in the past few months for this meeting to take place.

Talking with the press minutes before the meeting, Borrell focused on the Israeli-Palestinian conflict. He mentioned a recent UN report stating that the number of Palestinians killed this year is the highest since 2007, which was "very worrisome." Borrell made clear his intention to focus on this issue and growing tensions in the West Bank in the talks with the Israeli delegation today.

Asked if he intends to travel to Israel, Borrell told Al-Monitor that there are plenty of countries he has not yet visited. Jerusalem seems to have no intention of extending him an invitation, nor he to solicit one.

Israel came to the table with certain expectations. Jerusalem has hoped that the Abraham Accords would contribute to establishing a more constructive dialogue with the EU. The convening of the Association Council today suggested some degree of attitude change on both sides, but not enough from the Israeli point of view. The feeling in Jerusalem is that some of the European leaders are still focused only on the Palestinian issue, making it difficult to broaden the dialogue into other domains.

Reaching out to the European leadership, Lapid said that the EU can and should be part of the Abraham Accords and the Negev Forum. He also repeated his commitment to the two-state solution, stressing that Israel has been working in cooperation with the Palestinian Authority.

He noted, "We are working with them and helping their economy to develop. In my speech at the UN General Assembly, as you mentioned, I expressed once more my commitment to the two-state solution, but the Palestinians need to put an end to terrorism and incitement. Israel wants peace that would lead to security, not peace that will destabilize the Middle East."