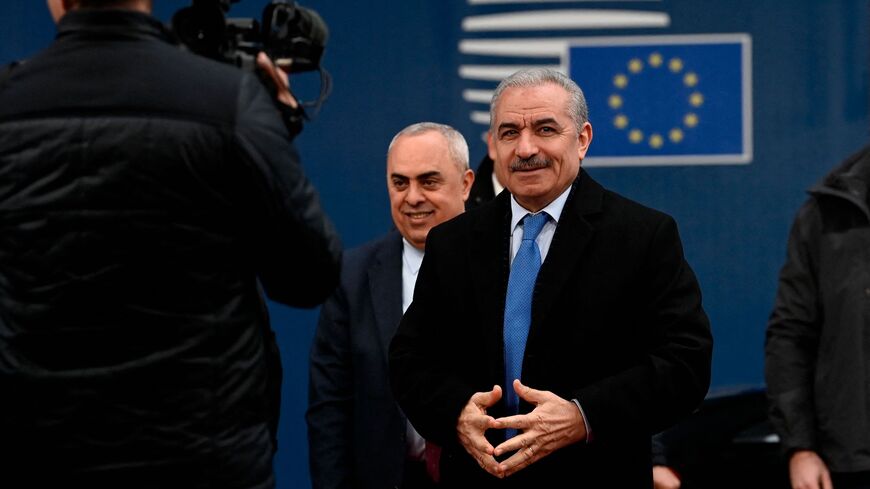 Shtayyeh arrived on Monday in Brussels at the invitation of the European Union Commissioner on Foreign Affairs Josep Borrell, on the occasion of the monthly meeting of the European foreign ministers. The encounter between Shtayyeh and the European ministers took place over lunch and was qualified as informal. The reason for that was mainly because Shtayyeh was invited by Borrell and not by the Swedish presidency of the EU. Another reason was the goal of establishing a candid dialogue and not searching for an agreed-upon statement.

Still, talking with the press after the meeting, Borrell said that the Palestinian issue was the second-most-important topic the ministers discussed at their Monday meeting, after Ukraine. Borrell said that Shtayyeh “shared with us the dire picture of the situation on the ground, with record Palestinian casualties in the West Bank — I said record — and continuing high-level of tensions. We will continue our internal discussions after listening to how challenging the situation is on how to enhance our bilateral relations further, working at the ministerial level.”

The European senior official noted that all the European ministers reaffirmed their commitment to protecting the viability of the two-state solution, giving support on the ground and keeping a political horizon for an Israeli-Palestinian dialogue. “We discussed the importance of a clear timeline toward holding national Palestinian elections and progressing with the Palestinian reform plans. And we will continue providing our support for it,” added Borrell.

After his meeting with Borrell and the foreign ministers, Shtayyeh was received by Chairman of the Foreign Affairs Committee in the European Parliament David McAllister. The two met last on June 2021 during Shtayyeh’s prior visit to the Belgian capital. Here as well, no statements were released after the meeting.

A European diplomatic source told Al-Monitor that the exchange between the foreign ministers and Shtayyeh was especially long and detailed. Last October, then-Israeli Prime Minister Yair Lapid arrived in Brussels for the Israel-EU association council meeting to set the legal framework for relations between the two sides. The association council has not convened for 10 years, thus the 2022 meeting reflected a political will on part of the Europeans to renew and strengthen their dialogue and their relationship with Jerusalem. According to the European source, the meeting with Shtayyeh was designed to counter-balance the Israel-EU association meeting. In other words, the ministers wanted to demonstrate that Brussels’ relationship with Ramallah is no less important than its relationship with Jerusalem.

Faced with a new, far-right Israeli government, the European ministers expressed their willingness to deepen their ties with the Palestinian Authority. The EU will continue supporting development projects to build up the Palestinian economy and governing institutions. It will also seek ways to support Palestinian reconciliation (between Fatah and Hamas), without which no new elections could be scheduled for Palestinian leadership. The European source stressed the feeling of urgency in Brussels to stand by Ramallah, allegedly under threat now by the Netanyahu far-right government.

The European Commission is now looking into concrete ways to support, also financially, more Palestinian development projects. The European Commissioner on Neighborhood and Enlargement Oliver Varhelyi, responsible for the European dialogue with the Mediterranean basin, also met on Monday with Shtayyeh to discuss EU financial support to the PA.