Egypt has emerged as a regional energy power in recent years and is using its electricity and gas surpluses and experience in building dams to boost its foothold in Africa. 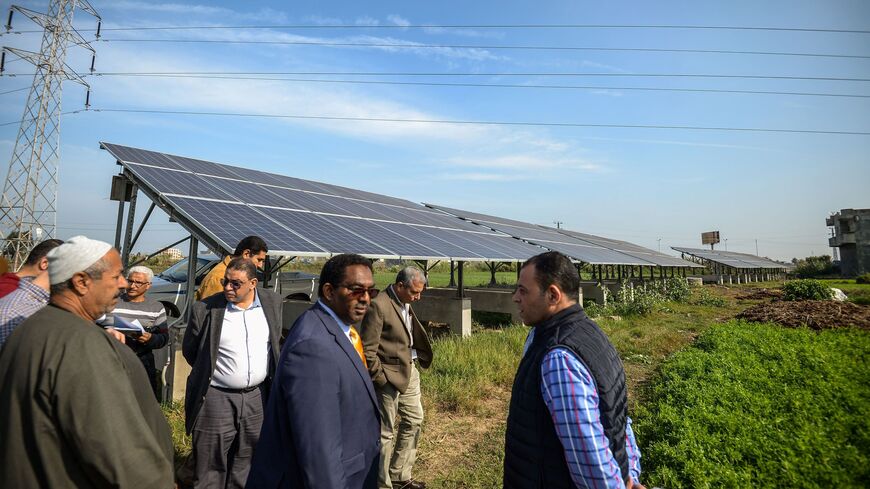 Egypt has been working tirelessly to bolster its foothold across Africa by constructing dams and enhancing energy cooperation with other countries.

The effort comes amid a years-long dispute with Ethiopia over its mega dam project on the Blue Nile, a main tributary of the Nile River, which Egypt views as an existential threat to its water share.

Egyptian Minister of Petroleum and Mineral Resources Tarek el-Molla said Egypt is ready to support to Djibouti's oil and gas industry upon presidential directives to achieve rapprochement with Africa.

The two sides agreed to form working teams to determine Djibouti’s needs in the oil industry. Guedi also held talks with Egyptian Minister of Electricity and Renewable Energy Mohamed Shaker to discuss establishing a potential electricity partnership between Djibouti and Egypt. Djibouti is a next-door neighbor to Ethiopia, from where the Nile River emanates.

In Eritrea, another next-door neighbor to Ethiopia, Egypt is building two solar power plants with a capacity of four megawatts to boost electricity production.

Cairo has also constructed a four-megawatt solar power plant in Uganda, where the Nile River flows from Lake Victoria. Egypt is also planning to increase the capacity of electric interconnection with its next-door neighbor Sudan, a downstream country, from 80 MW to 300 MW.

“Egypt has the potential to become a regional energy provider in Africa,” Mohamed Salah al-Sobky, the former head of the New and Renewable Energy Authority, told Al-Monitor via phone.

He said Egypt’s electricity production is estimated at 60,000 MW, of which 35,000 MW are used for domestic consumption.

“The remaining surplus of 25,000 MW can be used to meet the electricity needs of other countries, including African neighbors,” he added.

Egypt has emerged as a regional energy power in recent years. In 2019, the Arab country achieved natural gas self-sufficiency, and became a net energy exporter in the form of liquified natural gas (LNG), thanks to production from its large offshore natural gas deposits. It has also moved to develop renewable energy resources with plans to source 42% of its electricity from renewables by 2035.

According to the minister of electricity, the Egyptian electricity projects in Africa are worth over $3 billion, including the project to raise the capacity of the electrical interconnection line between Egypt and Sudan.

In Tanzania, a Nile basin country, Egypt is carrying out a mega dam project on the Rufiji River, a project that aims to double Tanzania's current energy production, control floods and improve agriculture.

The Egyptian government has also moved to boost its influence in South Sudan, another Nile basin nation. Cairo has built a number of underground water stations and river berths in South Sudan to link main cities with villages. Egypt is also carrying out feasibility studies for the multi-purpose Wau Dam, which could generate 10.4 MW of electricity and provide drinking water to thousands of people.

Sisi said Egypt is keen to bolster bilateral cooperation and help with a strategy for development in South Sudan, especially in urban planning, infrastructure, roads, and transportation.

“African countries look at Egypt now as a country that can help in achieving development,” Abbas Sharaki, a professor of water resources and geology at Cairo University, told Al-Monitor. The Julius Nyerere dam in Tanzania “is an example of intra-African cooperation that will boost Egypt’s image as a provider of development,” he said. “If the dam project succeeds, it will be a gateway for Egypt to bolster its presence and influence across the African continent.”

The Egyptian policy toward Africa began moving in a more positive direction in 2014, three years after Ethiopia began building its Nile dam, as priorities shifted and after memories faded of the failed assassination attempt on then-President Hosni Mubarak in Addis Ababa, Ethiopia, in 1995.

Egypt now seeks to protect its interests amid concerns that its water share from the Nile, Egypt’s only source of freshwater, could be reduced by the Ethiopian dam project. Years of negotiations between Egypt, Ethiopia and Sudan have failed to make any breakthrough.