The Egyptian authorities' crackdown on Mada Masr has been criticized by civil society groups. 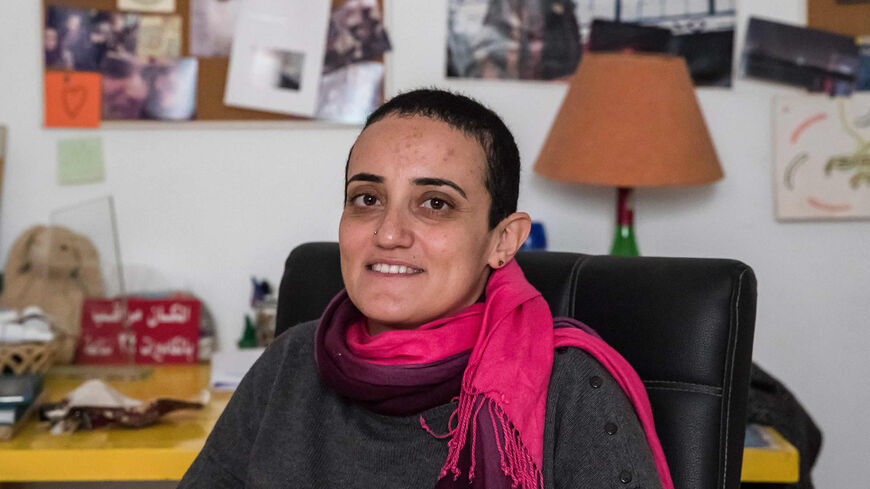 The Egyptian authorities have charged four journalists from Mada Masr, one of the country’s last independent news outlets, with insulting members of parliament, misusing social media and spreading fake news. Rights groups say this is the latest sign that President Abdel Fattah al-Sisi has no intention of allowing space for dissent despite the ongoing national dialogue with secular opposition parties.

The National Future Party (NFP) — the largest party in parliament that is closely tied to Sisi — filed lawsuits in several governorates in Egypt after Mada Masr reported Aug. 31 that the party was about to oust a number of senior members for corruption.

A day after the article was published on Mada Masr’s Arabic-language site, the NFP released a statement denying the report and accusing it of aiming to shake the public’s confidence in the party.

On Sept. 7, the Cairo Appeals Prosecution summoned Mada Masr Editor-in-Chief Lina Attalah and staff journalists Rana Mamdouh, Sara Seif Eddin and Beesan Kassab. The three reporters shared a byline on the outlet’s news bulletin, which included a summary of Mada Masr's feature story on the NFP. However, none of the journalists wrote or contributed reporting to the article itself.

“If the state is actually invested in a political dialogue that tries to open up political space … and the state is aware of malpractice of some of its party members, then you would think the state would be keen to address these issues in order to reestablish confidence in what it is doing. Instead, they turned to intimidation and denial,” Daniel O’Connell, a senior editor with Mada Masr who was speaking on behalf of the outlet, told Al-Monitor.

The national dialogue was launched in April to allegedly widen political participation, address the economy and improve human rights. But Amr Magdy, who researches rights abuses in Egypt for Human Rights Watch, told Al-Monitor that the recent charges against Mada Masr journalists give critics more grounds to claim that the dialogue merely aims to improve Egypt’s human rights image to domestic and foreign audiences.

Since Sisi came to power following a military coup d’etat in 2013, at least 60,000 political prisoners have been jailed, with many languishing for years in pre-trial detention. This figure includes about 733 media workers who were jailed between 2013 and 2020, making Egypt one of the worst places for journalists in the world.

The crackdown on dissent has continued since the national dialogue commenced.

Amnesty International told Al-Monitor that between April 23 and Sept. 12, 1,019 people were summoned to the Public Prosecutor in Cairo to face charges related to political dissent. During the same period, the rights group said that Egypt ordered the release of 336 political prisoners, but it is unclear how many have actually been released.

At least 33 were not released because the government opened up new cases against them. Many of those that went free have been subjected to travel bans.

“Let’s be honest, there will be no reform in Egypt as long as the Egyptian authorities do not show the political will to reverse the human rights crisis going on since 2013," said Hussein Baoumi, Amnesty International Egypt and Libya researcher. “Mada Masr is just one example. The government is clearly focused on curtailing any form of dissent.”

Mohammad Lotfy, co-founder and director of the Egyptian Commission for Rights and Freedoms (ECFR), said that his nongovernmental organization (NGO) was among five domestic rights groups that petitioned the government to meet seven conditions to improve the human rights situation last year.

The conditions include dropping all trumped-up charges against NGOs, ending the executions of political prisoners, stopping the tactic of detaining prisoners as soon as they are released, freeing all human rights defenders, unblocking hundreds of online websites, withdrawing a law that undermines women's rights in the name of protecting 'family values' and lifting the state of emergency.

Only the last condition was met in October 2021. However, the government quickly encoded many draconian laws that are as restrictive as provisions from the state of emergency.

Due to the refusal of the government to meet the remainder of the conditions, ECRF decided not to join the national dialogue. Lotfy said that even if the government can’t meet these requirements in the short term, it can at least dial back repression while the dialogue is ongoing.

“If legal amendments can not be immediate because they require some kind of political agreement, then the least we can do is suspend all political suspicion and the application of draconian provisions until a politically negotiated legal framework is reached [through the dialogue],” he said.

O’Connell from Mada Masr is not optimistic that the government will make meaningful concessions beyond releasing a modest number of political prisoners.

He said that the dialogue has failed to establish a climate of political inclusivity, which is indicative from the recent charges targeting his colleagues. But as one of Egypt’s last independent outlets, he vows that lawsuits and threats will not impact Mada Masr’s editorial decisions.

“What justifies a story in our editorial policy is the same now as it was before,” he said. There are a lot of factors that go into determining if we will pursue and run a story — but intimidation tactics against us is not one of them.”