As the world celebrated World Press Freedom Day, journalists in Egypt were being subjected to an arrest campaign by Egyptian security forces, while the authorities banned the use of pseudonyms. 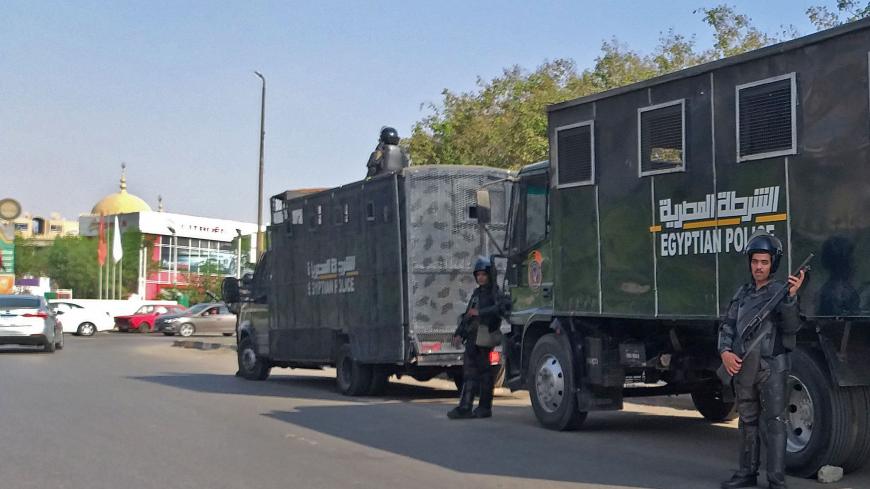 UNESCO launched a global campaign this year called “Journalism without fear or favor” to celebrate journalists on World Press Freedom Day on May 3. But in Egypt, the celebration had a different taste with more restrictions inflicted on journalists.

On May 12, the Egyptian Supreme Council for Media Regulation banned journalists and contributors to any newspaper or website under its control from using a pseudonym without obtaining its written approval.

The decision obliges press organizations to submit an application to the council explaining the duration and purpose of use of the pseudonym, in addition to the author’s real name and personal data.

The decision was added to a list of regulations issued in September 2019 by the council setting forth binding rules for all media and newspapers.

This list includes provisions under the titles of controls and standards to ensure compliance of media organizations with the principles of the journalism profession. These include not providing content that would harm society’s public interest and its religious institutions and beliefs; that incite violence, discrimination and hatred; or that threaten national security.

Journalists and those working in the press field saw the regulation as flawed, a violation of freedom of the press and an inappropriate interference in their work.

The list of regulations provides for binding rules for press coverage of a number of issues, including terrorist incidents. It obliges journalists to rely on official state data and not to express any opinion or information that would undermine the cohesion or morale of the people or undermine the morale of the army or security services.

As for the rules protecting national security issues, the list of regulations bans the publication of any matter that provokes or incites citizens in a way that threatens national or economic security.

Meanwhile, the recent decision not to publish press content under pseudonyms came weeks after the Supreme Council for Media Regulation imposed April 21 a 250,000 Egyptian pound (about $16,000) fine on the private newspaper Al-Masry Al-Youm, over a series of articles on the Sinai Peninsula. The newspaper was also forced to issue an official apology for three editorial articles on Sinai, written by the pseudonymous Newton, who is actually Salah Diab, the newspaper's founder and co-owner.

The three op-eds backed a proposal to isolate Sinai from Egypt and allow it to choose its ruler as a free industrial zone that is not subject to Egyptian laws. The media council saw this as a serious violation aimed at destroying the country.

The council forced the newspaper to remove the pieces from its website, and blocked Newton's column for three months. The council also referred the newspaper’s editor-in-chief to the disciplinary committee of the Egyptian Journalists Syndicate, and banned Diab from appearing in any media for a month.

In additin, the council referred the case to the public prosecutor to decide whether further measures against Diab were justified.

Current and former Egyptian press officials declined to comment to Al-Monitor on the council’s decision not to publish any content under pseudonyms, claiming they were not familiar with the decision.

Philippe Nassif, advocacy director for the Middle East and North Africa at Amnesty International USA, lamented the council’s decision. He told Al-Monitor by email that Amnesty International has long viewed Egypt as a large prison for critics because of the collective imprisonment of tens of thousands of activists and journalists who are seen as a threat to President Abdel Fattah al-Sisi.

According to human rights organizations, Egypt has been witnessing a crackdown and restrictions on freedom of expression since Sisi's rise to power. This campaign culminated with a series of arrests of opponents and journalists in the wake of the rare anti-Sisi protests that broke out in September 2019.

At least 37 journalists are currently imprisoned, according to Amnesty International.

The Egyptian authorities, however, deny detaining journalists or human rights activists because of freedom of opinion and expression. They stress that they implement the decisions of the public prosecution to arrest anyone who violates the law or uses social media to spread false news.

Not only that, but the authorities raided or closed at least five media outlets, and blocked hundreds of websites, including local and international news sites.

Nassif criticized the international community’s silence toward Egypt's downfall of press freedom indicators and every other indicator of human rights and freedom of expression. “The most surprising thing is how other governments — especially the United States — continue to treat Sisi’s government seriously as a strong partner in the region,” he said.

Egypt registered a decline in the World Press Freedom Index issued by Reporters Without Borders in 2020. It ranked 166 after it was ranked 163 in 2019 in a list that includes 180 countries.

Rights groups claim the government is exploiting the coronavirus pandemic to tighten its grip on the country. On May 7, Sisi approved amendments to the country's Emergency Law, and gave himself and the security services additional powers. The government claimed tougher measures are necessary to address the legal vacuum and prevent the spread of the disease.

On March 17, as the coronavirus began spreading in Egypt, the authorities revoked the license of a British correspondent at The Guardian, after publication of a scientific study on the number of COVID-19 cases in the country.

Repressive measures affected local journalists as well. On May 17, Lina Attalah, editor-in-chief of the independent Mada Masr newspaper, was detained in front of a Cairo prison as she interviewed the mother of an imprisoned activist. She was later released on bail.

On May 11, security services arrested Haisam Hasan Mahgoub, a journalist at Al-Masry Al-Youm newspaper, on charges of financing a terrorist group and spreading false news.

The Committee to Protect Journalists, a New York-based watchdog, linked Mahgoub’s arrest to his recent coverage of humanitarian stories related to the coronavirus crisis.

Nassif lamented the deplorable state of freedom of expression in Egypt. “This will only change when foreign governments step up pressure on the Egyptian government,” he concluded.