Lina Attalah, editor-in-chief of Mada Masr, has been released on bail following her arrest Sunday. 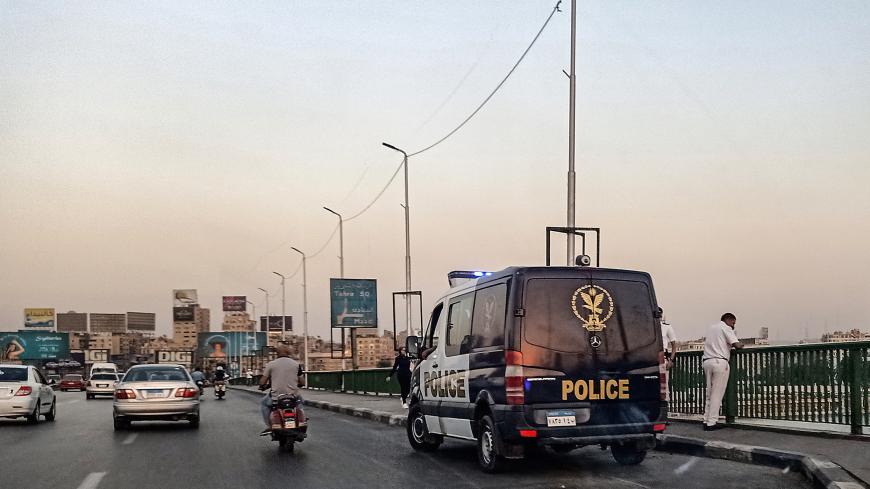 Policemen stand next to a patrol car parked along the 6th of October Bridge crossing the Nile in the center of the Egyptian capital, Cairo, Sept. 21, 2019. - MOHAMED EL-SHAHED/AFP via Getty Images

Egyptian security forces have released on bail the editor-in-chief of one of the country’s last major independent news outlets, hours after her arrest in Cairo on Sunday.

Lina Attalah was conducting an interview with the mother of jailed activist Alaa Abdel Fattah when she was arrested outside the maximum security Tora prison in the capital city. Attalah’s news outlet, Mada Masr, reports that security officers confiscated her phone and denied her access to a lawyer.

After questioning from the prosecutor's office, she was released from Maadi prison Sunday evening on bail of 2,000 Egyptian pounds ($127).

Mada Masr, which Attalah co-founded in 2013, is one of the last remaining examples of the free press in Egypt. Authorities blocked access to the site in 2017, the same year Attalah was named a “new generation leader” by Time magazine.

In November, Egyptian security forces arrested Mada Masr editor Shady Zalat at his home and a group of plainclothes security officers raided the news outlet’s offices the next day. Several journalists were briefly detained, including Attalah.

Egypt is considered one of the world’s biggest jailers of journalists. Reporters Without Borders ranks the North African country 166th out of 180 countries in this year’s world press freedom index.

President Abdel Fattah al-Sisi, who assumed power after the military ousted the country’s first democratically elected president in 2013, has overseen a widespread crackdown on reporters, activists and other critical voices, as well as perceived supporters of the Muslim Brotherhood. Human Rights Watch estimates at least 60,000 people in Egypt have been jailed for political reasons since the former general came to power in 2014.

Meanwhile, hundreds of political prisoners have recently had their pretrial detentions extended without even allowing them to appear before a judge.