The Takeaway: Iran deal may come too late to stave off energy crisis in Europe 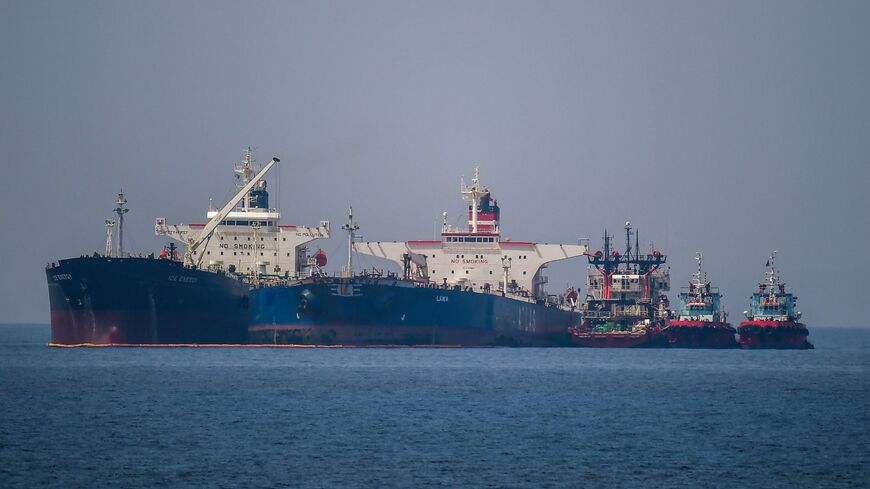 It’s not done until it’s done, but political analysts and oil-market experts believe a return to the Iran nuclear deal is closer than ever, with US and European officials reviewing Iran’s latest proposal.

If — or when — an agreement is reached, and the US ends sanctions imposed in 2018 when US President Donald Trump withdrew from the Joint Comprehensive Plan of Action (JCPOA), Iran again will be open for business in the energy, shipping, metals, automotive, insurance and other sectors.

For businesses and investors, this revival of what was known as "implementation day" in the 2015 nuclear deal (read it here), should re-open commercial ties that were forced shut three years ago.

The timing is important, especially in the energy sector. One million barrels per day (bpd) of Iranian oil entering global supply would be vital, if it happens over the next six months.

Expectations of Iranian oil could help keep downward pressure on energy prices, which would be welcome news following the underwhelming bump of 100,000 bpd added after the so-called OPEC+ agreement earlier this month. For Washington, lower energy prices could take the edge off inflation. For Europe, additional supply could mitigate the pain from frictions with Russia.

Russian President Vladimir Putin has said he will reduce exports of natural gas to Europe. That threatens to crimp industrial output and push prices of goods higher. There is no sign of an end to the Russia-Ukraine war, nor any sign of diplomacy to end the conflict.

Given this context, the Iranian addition to world supply, as energy expert Dan Yergin told Al-Monitor, is "not insignificant."

Not so fast on gas

Longer term, Iran could boost exports to 2.8 million bpd over the next 2½ years. This is meaningful for Iran's constrained economy, since it could amount to an additional $65 billion per year in revenues. In addition, the JCPOA could result in the release of more than $100-$150 billion in frozen assets, Bijan Khajehpour writes for Amwaj.

The quick returns in the oil sector may not be matched in gas, however. Despite having the second-largest gas reserves in the world (behind Russia), Iran does not yet have the infrastructure or capacity to provide gas to Europe, even with the lifting of sanctions, absent massive foreign investment over several years, writes Bijan Khajehpour in Al-Monitor Pro.

European energy majors such as Total, Statoil, ENI and Shell, all of which have previously worked in the Iranian gas sector, Khajehpour explains, would likely require “some sort of a guarantee that their investments would not be sanctioned during the life of their project, i.e. a minimum of 10 years including development and operation of a gas field.”

European and Western hesitance may expand to investment in other sectors as well, given Iran’s weak financial systems and endemic corruption, even with sanctions listed. The overall approach will be to go slow. Russia, China, India, and certain Middle Eastern countries are likely to jump in, however.

But don’t expect Russia to compensate for the absence of Western investment in the oil sector. Russia doesn’t have the cash or expertise to provide Iran with what it needs for a post-sanctions reboot. Khajehpour writes for Al-Monitor Pro that in the absence of "major" investments, there will be “new fields of cooperation between the two oil and gas giants, especially in the fields of Russian engineering support as well as equipment in NIOC projects, product swaps, collaboration in trade and operational matters etc.”

After a return to "implementation" day, the following "days" outlined in the JCPOA would then come up fast, which has been a concern of Israel in particular, which advocated for a longer, stronger deal, rather than a return to the 2015 agreement:

Transition day (October 2023): After the IAEA reports “that all nuclear material in Iran remains in peaceful activities” and ratifies the additional protocol, the UN will end restrictions on missile transfers to Iran, and “the US will seek such legislative action as may be appropriate to terminate, or modify to effectuate the termination of, the sanctions specified in Annex II on the acquisition of nuclear-related commodities and services for nuclear activities contemplated in this JCPOA, to be consistent with the US approach to other non-nuclear-weapon states under the NPT.”

Termination day (October 2025): On or about October 2025, and assuming Iran’s compliance with JCPOA constraints on its nuclear program, the UN would close the Iran nuclear file.

1. Foreign currency inflows of unknown origin near record in Turkey

Mustafa Sonmez has this deep dive on how foreign currency shortfalls are straining Turkey’s economy. In the first half of 2022, the current account deficit reached $32.4 billion, with inflows from unknown sources covering more than half of the gap. That rate could reach a record level in the coming months. Turkish President Recep Tayyip Erdogan has promoted economic growth, much of it in the construction industry, which Sonmez explains has failed to boost the foreign currency revenues of Turkey’s import-reliant economy.

As Israel gears up for its fifth election in less than four years, Ben Caspit has learned the Shin Bet requested that its Russian counterpart avoid interfering in the vote. Given the nature of its request, Caspit writes that the Israeli spy agency presumably has proof of alleged Russian interference plans.

The Israeli request to Russia comes at a particularly sensitive time in the countries’ relationship. In late July, the Russian Ministry of Justice filed a request to shutter the Russian branch of the Jewish Agency, an organization that assists Jews who want to emigrate to Israel. Anton Mardasov reports that Moscow is concerned about the emigration of IT specialists to Israel amid growing cyberattacks on the Russian financial sector.

Islamic Jihad says Israel is violating the terms of a recent truce by refusing to free a pair of Palestinian prisoners. A day after the ceasefire came into force, Israeli Defense Minister Benny Gantz told Channel 12 News that Israel never pledged to release prisoners as part of the agreement. Islamic Jihad has since called on Egypt, which brokered the truce, to clarify the terms.

Meanwhile, chances of another outbreak of conflict are high, writes Amany Mahmoud. In a press conference from Tehran, Islamic Jihad Secretary-General Ziad al-Nakhala threatened that the movement will resume its fighting if Israel does not abide by the truce.

Palestinian activists say Israel is behind a social media crackdown on activists, journalists and news outlets whose social media accounts have been restricted following Israel’s three-day operation in the Gaza Strip. Taghreed Ali reports that many of the now-deleted accounts had published pictures of the Gazan victims and encouraged resistance against Israel. A Palestinian monitoring group said most of the violations occurred on Facebook.

With no end in sight to Iraq’s political deadlock, Mustafa Saadoun takes a closer look at the Coordination Framework, the largest Shiite bloc in Iraq’s parliament. The Iran-backed Framework has successfully kept populist Shiite cleric Moqtada al-Sadr and his allies from securing the two-thirds majority needed to select a new Iraqi president and ultimately form a government. To understand how, check out the parliament’s political makeup before and after the Sadr ordered the mass resignation of his MPs in June.

Andrew Parasiliti interviews Mark Fitzpatrick, an associate Fellow at the International Institute for Strategic Studies and former State Department official, about the prospects for a renewed nuclear deal with Iran.

A Picasso painting valued at millions of dollars was allegedly seized during a drug raid in Iraq. But as Joe Snell reports, it's not the first Picasso to be found in the hands of Iraq's organized criminal networks.