Will there be an Iran nuclear deal? What you need to know

The Biden administration, consumed by Russia-Ukraine crisis, may be close to the end on one of its top foreign policy priorities. 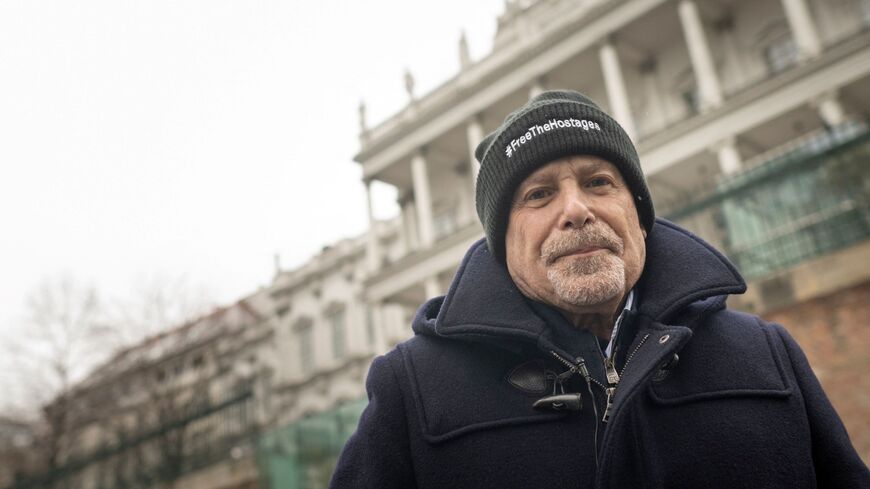 Barry Rosen, 77, a former US diplomat who was one of the 52 hostages held in Iran from 1979 to 1981, speaks to journalists outside the Coburg palace in Vienna, Austria, on Jan. 14, 2022. Rosen traveled to Vienna to demand the release of prisoners in Iran. - JOE KLAMAR/AFP via Getty Images

The buzz is that the talks on the Joint Comprehensive Plan of Action (JCPOA), or Iran nuclear deal, could be concluded as soon as this weekend in Vienna.

State Department Principal Deputy Spokesperson Jalina Porter said on Thursday, March 3, "There has been significant progress and we are close to a possible deal, but a number of difficult issues still remain unsolved. … If Iran shows seriousness, we can and should reach an understanding of mutual return to full implementation of the JCPOA within days."

Given that US Secretary of State Antony Blinken is on a tour of European capitals to address the Ukraine war, it will be little trouble for him to slip over to Vienna for a signing ceremony, if the parties are able to close the deal.

The parties to the JCPOA, agreed in 2015, include the UK, France, Germany, Russia, China, and Iran. The Trump administration withdrew the US from the deal in May 2018.

The Biden administration, which made a return to the JCPOA and the prevention of an Iranian nuclear weapon one of its top priorities, has little interest in extending the talks, given the crisis with Russia over Ukraine.

Iran Foreign Ministry spokesperson Saeed Khatibzadeh said on Monday, Feb. 28, that three issues remain to be resolved: closure on an IAEA investigation into uranium traces found at undeclared sites (which Iran considers politicized), the scope and sequencing of sanctions relief, and whether the United States can "guarantee" a deal beyond the Biden administration.

Iran is also looking to have certain "terrorist" designations imposed by Trump rescinded by the US.

There is also the matter of the US dual nationals held in Iran, whose release could mitigate what will likely be at best a scratchy reaction to the deal in the US Congress.

In a new potential complication for the JCPOA talks, Russian Foreign Minister Sergey Lavrov said Saturday March 5 that there are “problems that have appeared recently from the point of view of Russia’s interests," because of Western sanctions on Russia over Ukraine, and that Moscow has "requested that our US colleagues… give us written guarantees at the minimum level of secretary of state that the current [sanctions] process launched by the US will not in any way harm our right to free, fully-fledged trade and economic and investment cooperation and military-technical cooperation with Iran."

For the Biden administration, the nut of the deal is getting Iran's nuclear activities back into compliance. Iran began to suspend some of its obligations under the JCPOA in 2019, after the US withdrawal from the deal.

While the US assesses that Iranian leaders have not taken steps to actively pursue a nuclear weapon, its breaches of the JCPOA have reduced the potential breakout time if it decided to do so.

International Atomic Energy Agency (IAEA) Director General Rafael Grossi will visit Iran on Saturday to chart a roadmap for resolving the outstanding issues between the IAEA and Iran.

A draft IAEA report on Iran, seen by Reuters this week, says that Iran's stock of highly enriched uranium (HEU) at 60% has doubled, and now equals three-quarters of the amount needed, pending further enrichment, for one nuclear bomb.

The JCPOA limits enrichment to 3.67% purity; 90% HEU is required for a nuclear weapon.

While Iran says its post-2019 steps are "reversible," Grossi may have a harder time outlining a process for closing the books on the IAEA’s investigation into Iran’s previous nuclear activities, which Tehran considers politicized.

The IAEA reported in November that Iran’s lack of cooperation has "prevented progress in clarifying the agency’s questions concerning the correctness and completeness of Iran’s safeguards declarations, which seriously affects the agency’s ability to provide assurance of the exclusively peaceful nature of Iran’s nuclear programme."

If there is a deal, Iran open for business

For Iran, a return to the JCPOA means a windfall after the setback of US secondary sanctions on financial transactions and oil exports since 2018.

The lifting of sanctions per the JCPOA would reportedly occur over a period of time, possibly ten days, as Amwaj reported here last month, and could be linked to steps outlined by the IAEA.

Once the sequencing is complete, and the US is back on board with JCPOA, Iran is open again for business in the energy, shipping, metals, automotive, insurance and other sectors — what was known as "implementation day" in the 2015 nuclear deal (read it here).

The following key "days" outlined in the JCPOA would then come up fast:

Transition Day (October 2023): After the IAEA reports “that all nuclear material in Iran remains in peaceful activities” and ratifies the additional protocol, the UN will end restrictions on missile transfers to Iran, and “the US will seek such legislative action as may be appropriate to terminate, or modify to effectuate the termination of, the sanctions specified in Annex II on the acquisition of nuclear-related commodities and services for nuclear activities contemplated in this JCPOA, to be consistent with the US approach to other non-nuclear-weapon states under the NPT.”

Termination Day (October 2025): On or about October 2025, and assuming Iran’s compliance with JCPOA constraints on its nuclear program, the UN would close the Iran nuclear file.

Israel has pressed for those sunset provisions to be extended, as Ben Caspit reported in January.

The US has reportedly assured Israel that if Iran violates JCPOA constraints on its nuclear program, the US, or any member of the Security Council, can reimpose sanctions via the “snapback” provision in UNSC Resolution 2231 (2015), which allows parties to the agreement to call for reimposing sanctions lifted in previous phases. It remains unclear, however, whether UNSC Res 2231, the implementing resolution for the JCPOA, sunsets on termination day — meaning the mechanism for snapback sunsets then as well.

The prospect of an Iran nuclear deal "is terrible news for us," a senior cabinet minister told Caspit on condition of anonymity. "Israel will be the one paying the ultimate price."

No guarantees for Raisi…or Biden

Iran Foreign Minister Hossein Amir-Abdollahian, in an interview with the Financial Times last month, suggested that Congress make a “political statement” demonstrating its commitment to an agreement.

Iran, feeling burned by Trump’s withdrawal from the JCPOA, wants a guarantee. But a guarantee, or political statement is a non-starter — for both Washington and Tehran.

If there is a deal, its consideration by the Congress under the Iran Nuclear Agreement Review Act of 2015 (INARA) would at best be a draw and a likely headache for the Biden Administration.

Congress can’t stop the deal under INARA — the two-thirds vote required for a resolution of disapproval is too high a bar.

But the debate, especially in the Senate, could be messy for Biden, who will want to present an agreement as a foreign policy win — reuniting the JCPOA coalition, broken by Trump, to thwart an Iranian nuclear weapon.

The problem, as Elizabeth Hagedorn reports, is that the nuclear deal will be opposed not only by all 50 Republicans, but also by Senate Democrats Bob Menendez (NJ), chairman of the Foreign Relations Committee, and probably Ben Cardin (MD), number two Democrat on the committee.

Other Democrats may also oppose, given the cover by Menendez.

In other words, if there is a vote in the Senate, a bipartisan majority could end up voting against the deal — not enough to kill or stall an agreement, but a potential embarrassment, as legislative elections loom in November, where Republicans are expected to make substantial gains.

And the political blowback in the Congress for Biden is likely to be even worse if the US, as part of the deal, lifts terrorist designations on key Iranian figures and entities, including Supreme Leader Ayatollah Ali Khamenei and the Islamic Revolutionary Guards Corps.

The Biden administration is reportedly engaged in separate but concurrent discussions with Iran over the release of the four Iranian-Americans held in Iran on what human rights groups and other describe as baseless charge of spying. Elizabeth Hagedorn has the report here.

The release of the prisoners would be a welcome and overdue event, and could, at least in the short term, blunt some of the political friction from opponents to an agreement.