Egypt was hoping that after mediating between Israel and Islamic Jihad, the Israel Defense Forces would tone down its operations in the West Bank — but this did not happen. 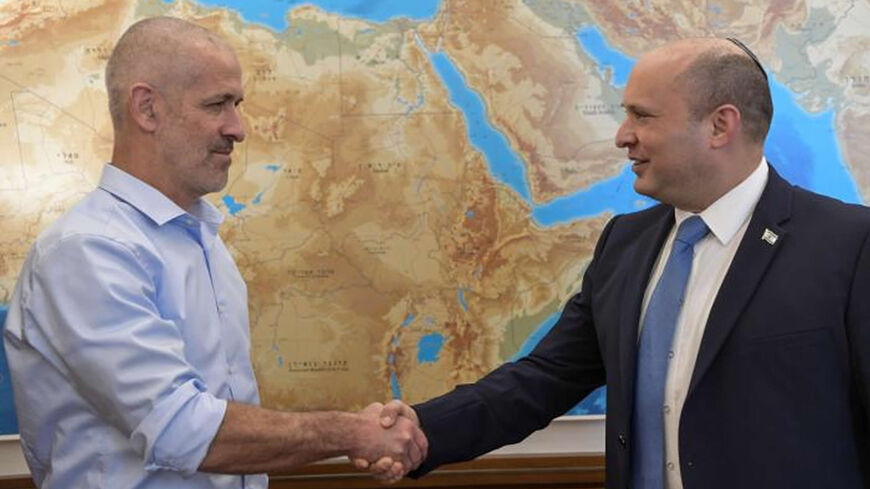 Israel did not foresee this rise of tensions. In fact, many in Israel’s security system believed that the quick ending of Operation Breaking Dawn in Gaza Aug. 7 would reinforce the already strong cooperation between Jerusalem and Cairo. In reality, things developed differently. When Operation Breaking Dawn ended, Israel shifted its military efforts, focusing on arresting West Bank Palestinians suspected in supporting terrorist acts and groups. These recent Israeli raids and arrests of Palestinians in the West Bank greatly angered Cairo.

From the moment Israel started its recent wave of West Bank arrests contact between senior levels in Israel and Egypt were broken off, and only the tactical levels in the field are continuing security cooperation. In light of these severed relations, Kamel's planned visit to Israel has been canceled.

The broken ties between Cairo and Jerusalem followed a decade of closer relations between the countries, especially after the Abraham Accords and the peace process Israel has pursued with moderate Arab states. In recent years, Egypt has acted as the main mediator between Israel and terrorist organizations in the Gaza Strip. Even two weeks ago, during Operation Breaking Dawn, it served as a central mediator and brought Israel and Islamic Jihad to cease fighting after three days.

The cease-fire began at 11:30 p.m. on Aug. 7. Despite varied reports in the Arab press, Israeli leadership announced that in the framework of the cease-fire no promises were made to Egypt regarding the release of Palestinian prisoners, including regarding the release of senior Islamic Jihad leader Bassem Saadi, whose arrest in the West Bank city of Jenin set off the fighting between Islamic Jihad and Israel.

The next day, Prime Minister Yair Lapid announced that he spoke with Egyptian President Abdel Fattah al-Sisi. According to the prime minister's office, the two spoke "at length" and Lapid thanked the Egyptian president "for his extensive efforts to achieve a cease-fire in the Gaza Strip." The announcement also relayed that the Egyptian president raised the Palestinian question to the prime minister, and that the two even discussed "humanitarian matters that are important to both countries."

Was there a misinterpretation between the leaders? An Israeli security source told Al-Monitor last week that he doesn't know whether it was a misunderstanding, or whether the Egyptians chose to be insulted. One way or another, Lapid did not properly inform the security establishment of Sisi's request.

In fact, even as Lapid and Sisi spoke, the security establishment was planning another arrest operation in Nablus. The Shin Bet, the counterterrorism police unit, and the IDF prepared to arrest Ibrahim al-Nablusi, a Fatah activist who had recently operated independently, and who the security forces believe planned additional terrorist attacks. The arrest became violent, and Nablusi was killed. During the crossfire, two more Palestinians were killed and others were injured.

The Egyptian president was furious. He saw Israel's action so soon after his conversation with Lapid as a sign of total disrespect. This added to previous Egyptian anger that Israel didn't give Egypt more time to prevent an escalation between Israel and Islamic Jihad in the days that preceded Operation Breaking Dawn, and decided to initiate an operation while the Egyptians were still trying to mediate between the sides.

After these events, senior officials in Egypt received a clear direction to cut off ties with their Israeli counterparts. However, security sources in Israel clarified that contacts continue in the field, and we can assume that if Israeli intelligence learns information that would interest the Egyptians, it would be transmitted to Cairo, and Cairo wouldn't refuse to hear it.

It could very well be that the sharp tension between Israel and Egypt was at least partly due to Lapid's inexperience, since he has only served as prime minister for a few weeks. The security establishment is concerned about the situation, but estimates that in view of the common strategic interests shared by Jerusalem and Cairo, the tension will be forgotten or put aside quickly, and relations will correct course and resume the warmer relationship formed in recent months and years.

At the same time, apparently with no direct connection to tension with Egypt, Israel announced last week that following a security evaluation, Defense Minister Benny Gantz decided to increase the number of work and business permits issued to Palestinian residents of the Gaza Strip by another 1,500, and that starting Aug. 20, the number of permits will reach 15,500.

The official announcement from the Coordinator of Government Activities in the Territories said that the decision on the permits will be implemented starting Aug. 21, on condition that security quiet will be maintained in the area. According to security sources in Israel, as long as quiet is maintained in the Gaza Strip, the quota for work permits will increase by up to 20,000.

The Israeli decision is part of Israel's "stick and carrot" policy of recent months, in which Israel has attempted to make clear to Hamas the economic price of choosing conflict with Israel. The estimate is that this Israeli policy was one of the reasons that restrained Hamas during Operation Breaking Dawn and caused it not to join the fighting.

Two Israeli civilians and the bodies of two IDF soldiers have been held by Hamas in Gaza since 2014-15. The Israeli government is under constant pressure to bring them back home. Hamas for its part is interested in a prisoner-exchange deal, to bring back to Gaza Palestinians jailed in Israel.

According to recent reports, Jerusalem would be interested to tie the solution to the problem of Israeli prisoners and missing to additional economic benefits for the Gaza Strip. But according to security sources, as long as relations between Jerusalem and Cairo remain frozen, the chances of significant advancement on this issue are close to zero. Bar is expected to return Aug. 22 to Israel. The Shin Bet refused to comment on the content of his discussions in Cairo.