In a first since 2011, Prime Minister Naftali Bennett was invited by Egyptian President Abdel Fattah al-Sisi for an official visit to Cairo. 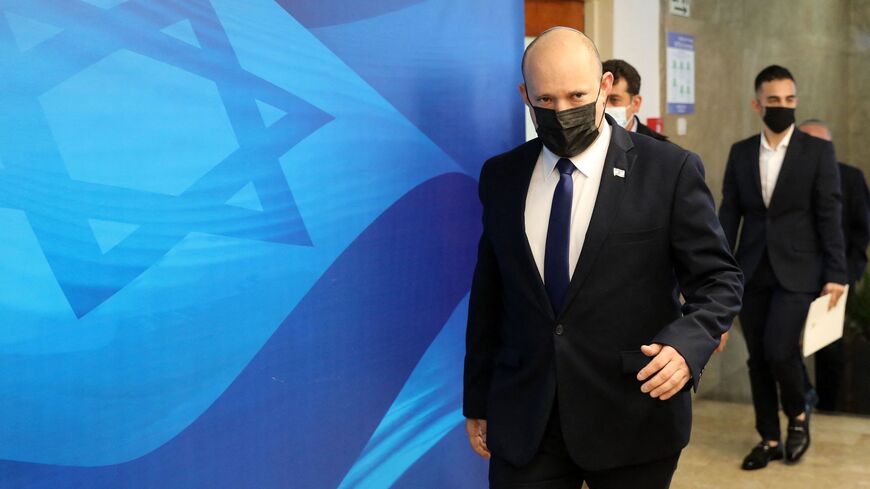 Yesterday, Kamel met with Prime Minister Naftali Bennett and Defense Minister Benny Gantz. Today, Kamel met with Foreign Minister Yair Lapid. After their meeting, Lapid tweeted, "We discussed relations between the countries and the need to expand relations to economic and civil issues as well. Israel and Egypt have other areas in which cooperation can be promoted, starting with trade, medicine, technology, agriculture and energy, areas that will help advance relations between the countries."

Kamel's two-day visit in Jerusalem was a rarity. Over the years, there have been many reports of senior Israeli officials meeting with senior Egyptian counterparts, mostly in Cairo and mostly to discuss possibilities of a cease-fire with Gaza, but official visits to Israel and meetings with the Israeli leadership have been less frequent.

After the Jerusalem meeting, Gantz tweeted, "I met with Egyptian Intelligence Minister Abbas Kamel. We discussed various topics including the need to maintain regional stability and counterterrorism efforts. I thanked him for Egypt’s positive role in the region and asked that my gratitude be expressed to President Al-Sisi. I also emphasized the importance of long-term peace and quiet on Israel’s southern border as well as the need to return the Israeli soldiers and civilians held hostage by Hamas in Gaza." Gantz was referring to the bodies of IDF soldiers Hadar Golding and Oron Shaul and Israeli civilians Avraham Avera Mengistu and Hisham al-Sayed, held by Hamas for several years now.

In addition to discussing Gaza, Kamel relayed a personal invitation from Sisi to visit Egypt within the next few weeks. Bennett’s office comment after the meeting with Kamel only that the invitation had been received. Nevertheless, the Israeli press is taking it for granted that Bennett accepted the invitation and intends to travel to Cairo soon.

The last time an Israeli prime minister openly visited Egypt was in 2011, when Netanyahu met with late Egyptian President Hosni Mubarak in the Sinai resort Sharm el-Sheikh. Seven years later, in August 2018, reports revealed that Netanyahu had visited Egypt three months earlier for a secret meeting with Sisi. The reports said the two leaders had discussed the possibility of a long-term cease-fire with Hamas. They met again that year in New York, on the margins of the annual UN General Assembly summit. That meeting also focused on the situation in the Gaza Strip.

Sisi and Bennett first spoke on the phone June 28, a few days after the inauguration of Bennett’s government. Sisi reportedly congratulated Bennett on composing a new government. Bennett spoke of Egypt’s ongoing engagement for reducing tensions between Israel and Gaza. Acknowledging Egypt’s help in ending an 11-day round of violence between Israel and Hamas, Bennett thanked Sisi for Cairo’s “important role in establishing stability, security and peace in the region.” The two leaders then discussed efforts to address the humanitarian crisis in the Strip and agreed to meet soon.

Seeking both quiet on its southern border with Gaza and the return of bodies of IDF soldiers and civilians held by Hamas, Jerusalem is now placing its bets on Cairo. Its success in mediating a cease-fire to end the recent confrontation with Hamas makes Cairo Jerusalem’s preferred mediator on Gaza. After the May conflict, Jerusalem said it would allow the entry into Gaza of only basic humanitarian aid. The importation of other goods was to depend on Hamas releasing the bodies of IDF soldiers as well as the Israeli civilians it is holding captive. But Jerusalem has now adopted a softer tone, allowing more goods and more people to enter the enclave. Jerusalem seems to want to give Egyptian and UN efforts toward a long-term cease-fire with Hamas a real chance.

Perhaps for this reason, the IDF did not retaliate after an Aug. 16 incident in which two rockets were launched in the direction of the Israeli southern town of Sderot. The Israeli leadership was quick to point the finger at Hamas, stating it held the group entirely responsible for any attacks from the Strip. But reports shortly after the fire claimed the rockets were fired by the Islamic Jihad group, and Hamas reportedly arrested those responsible and indicated to third parties that it was not interested in an escalation of violence.