The appointment of two women to very senior positions within the Mossad sends a strong signal to the rest of Israel’s security system that things are changing. 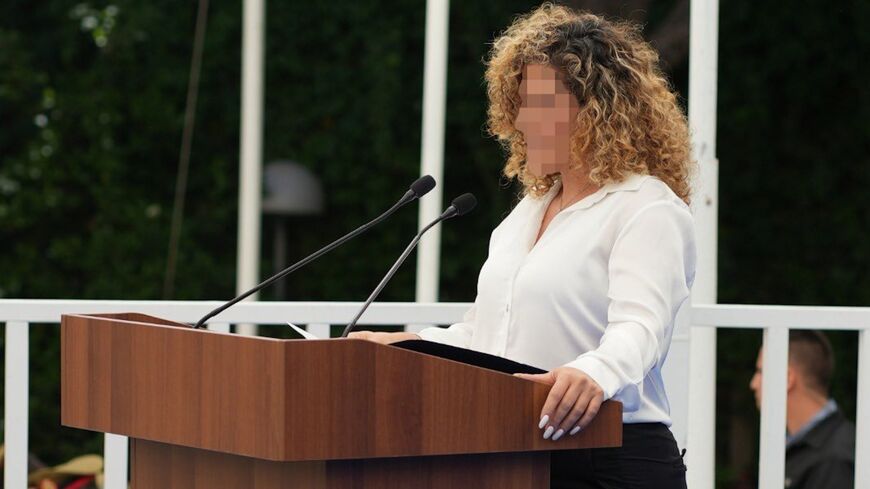 Agent A., a Mossad veteran who rose through the ranks of the predominantly male organization, now heads the Mossad’s Intelligence Directorate. - TWITTER

As predicted and reported here in an advance exclusive, Mossad Director David Barnea emerged briefly from the shadows Aug. 25 to slam the impending nuclear deal with Iran as being “based on lies,” and the decision to leave open three probes indicating unreported Iranian nuclear activity as “an unprecedented national fraud.”

Barnea briefed Prime Minister Yair Lapid and other top officials on the emerging agreement with Iran in recent days, and conducted several rare background briefings with reporters in which he explained that even if the findings by the International Atomic Energy Agency (IAEA) remain pending, once the deal is signed, no one would lift a finger to complete them.

While pursuing its shadow war to prevent Iran’s nuclearization — a task with which the late agency head Meir Dagan was entrusted 20 years by then-Prime Minister Ariel Sharon — the Mossad has also become a leader of feminist empowerment in recent months.

The agency issued an unprecedented announcement last week reporting the historic appointments of two women to its top leadership forum. A., a Mossad veteran who rose through the ranks of the predominantly male organization, now heads the Mossad’s Intelligence Directorate (the counterpart of the Chief of Military Intelligence); K. also a longtime Mossad staffer, has been placed in charge of the Iran campaign and tasked with responsibility for dealing with Israel’s most dangerous enemy, including the nuclear threat it holds.

The agency never announces top appointments except for those of its director, whose name is the only one in the Mossad hierarchy allowed for publication. The names of other office holders are banned. The ayatollahs in Tehran are presumably not thrilled at the idea of having women as major adversaries.

Women have served in the Israel Defense Forces (IDF), in the General Security Agency (Shin Bet) and the Mossad since their founding over 70 years ago. Some have attained high ranks, but never reached the top posts of these institutions. By and large, women in senior positions hold advisory, human resources or general staff roles. The woman who reached the top rank in the IDF, Maj. Gen. (Res.) Orna Barbivai, headed its human resources directorate and now serves as minister of economy. The IDF has been opening up field training positions for women very gradually, but very few serve in operational, combat roles.

In conversations with colleagues, Barnea reportedly expressed pride in spearheading what he views as a revolution, although he insists the two women were appointed purely on merit, not as an affirmative action move. A security source who spoke on condition of anonymity quoted him saying, “They were both simply the best, the most qualified and suited. They were not given any free passes. They were simply the best among all the men against whom they competed over the long years of their progress up the ranks.”

Israel, established in 1948 as a secular, liberal state has been shifting slowly but surely in more religious, conservative directions. Women are excluded from public leadership and positions of influence by a growing number of religious communities and organizations, separated from men at public gatherings organized by such groups, and relegated by many to the private sphere as wives, mothers and breadwinners. The top appointments of women in Israel’s most prestigious security agency are especially unusual against this backdrop.

“You have to understand the significance of this move,” a senior intelligence source told Al-Monitor this week on condition of anonymity. “These two women take part in the top, most classified and intimate forums, representing the Mossad’s position. This is the first time that the country’s leadership and top decision-makers are being briefed on such crucial security issues by women in senior roles. They not only review and detail intelligence planning, they also convey the Mossad’s recommendations to decision-makers. This has never happened before.”

Nonetheless, Israel remains a militaristic, male-dominated society with few women at the top. The only woman to lead the country, the late Prime Minister Golda Meir, was a fleeting phenomenon born of political circumstances but remembered mostly for the disastrous results of the 1973 Arab-Israeli War during her term. Barnea’s appointments run counter to the strong macho culture that prevails behind closed doors of most senior security forums. Could his dramatic moves augur the naming of a woman as Mossad director? Right now, probably not. In the future, quite possibly.

A., the Mossad’s intelligence chief, also has a female deputy, H. The Mossad now has four women in top roles, A. and K. as department heads, and two deputy heads, one in a nonoperational role.

The head of the Iran directorate leads the agency’s activity against Iran, including the technological, logistical and operational aspects of this massive project. Her colleague at the helm of the intelligence department oversees the compilation, formulation and presentation of the intelligence collected by the agency around the world. Together, they hold the Mossad’s top operational roles (other than that of the operations director).

These two very senior positions are now in the hands of two women who grew up, developed professionally and progressed within the Israeli security system. Both were promoted and appointed by Barnea. Both appointments were confirmed by the previous prime minister, Naftali Bennett. Incumbent Prime Minister Lapid has been active throughout his career in advancing women into key roles. Judging by the composition of his own Cabinet, Lapid does not intend to stop this process, but rather to accelerate it.