The escalation comes after the IDF arrested one of their senior leaders in the West Bank. 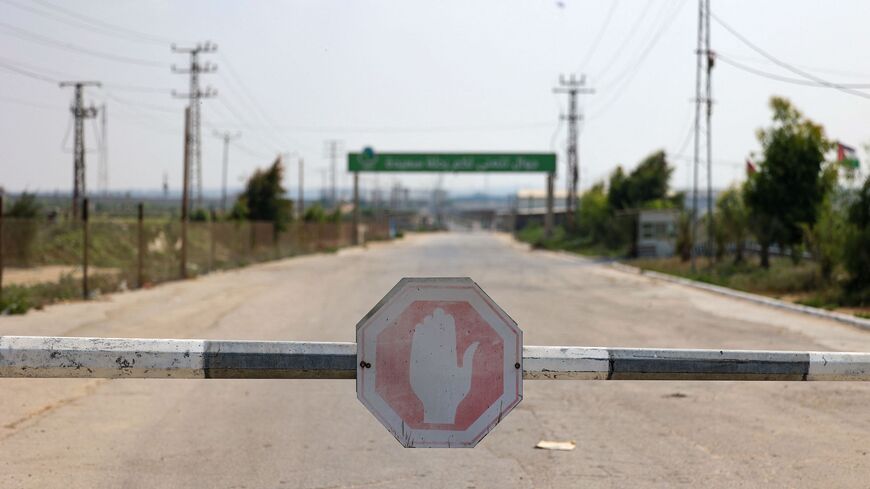 A picture taken on Aug. 4, 2022, shows the closed main gate to Beit Hanun at the Erez crossing between Israel and the northern Gaza Strip. - MOHAMMED ABED/AFP via Getty Images

The Israel Defense Forces has been on high alert in the country's south for the past three days.

In response to Intelligence reports that the Islamic Jihad movement is planning to fire anti-tank missiles or rockets at Israel, the IDF announced early on the morning of Aug. 2 that it was blocking traffic on roads surrounding the Gaza Strip and halting train service from Ashkelon southward.

This morning, Aug. 4, the IDF announced that it was flying armed drones over the Gaza Strip in order to locate Islamic Jihad operatives with missiles that endanger civilian vehicles and buildings near the Gaza Strip.

Tensions in the area surrounding the Gaza Strip began Aug. 1, after the IDF arrested Bassem Saadi in the West Bank. Saadi is a member of the Islamic Jihad’s senior leadership and the movement’s ultimate authority in the West Bank.

The Shin Bet says that Saadi, who has been in Israeli custody on seven different occasions, was behind the creation of a significant military force for the group in Jenin and his presence has spurred its militants to violence.

A firefight erupted during the arrest between armed militants and troops with the unit charged with taking Saadi into custody. Another activist and Saadi's close aide, Ashraf al-Jadaa, was arrested with him. At the time of their arrest, they were in possession of a pistol, explosive devices and ammunition.

While Saadi’s arrest apparently went smoothly, images of him being dragged across the ground were published extensively in the Arab world. The Islamic Jihad leadership in Gaza quickly issued threats of revenge.

In an effort to refute reports that Israel harmed Saadi, the IDF released photos of him after his arrest in good physical condition. Nevertheless, it was not enough to restore calm in the already tense situation. Israeli security forces took a number of unusual measures, including the closing of the main transportation arteries, halting trains and ramping up air defenses around Gaza.

If the Islamic Jihad reacts violently to Saadi's arrest, it would not be the first time the group has responded forcefully with sniper or rocket fire to Palestinian casualties or major arrests in the northern West Bank.

Israel takes the group’s threats seriously because it is considered an unpredictable faction with no inhibitions. Even the well-being of the residents of the Gaza Strip does not seem to matter to it. That travel and other restrictions are already in their third day suggests that the IDF has credible intelligence that the terrorist group in Gaza is not yet ready to back down from its threats.

This morning Chief of Staff Aviv Kochavi paid a visit to the IDF’s Gaza Division. The IDF notified the press that he approved plans to attack in the event that the Islamic Jihad tries to fulfill its threats and that the IDF has dozens of armed drones with attack capabilities flying over Gaza.

At the same time, feverish mediation efforts via Egypt are also underway in an effort to restore calm. Israel told Hamas by way of Egyptian intermediaries that it expects that movement to assert its authority over the rebel faction. If it fails to do so, Hamas will bear responsibility for the consequences.

On Tuesday, Israel closed the Erez and Kerem Shalom border crossings, meaning that 14,000 Palestinian workers and merchants from Gaza were denied daily access to Israel. Jerusalem hopes that the combination of economic pressure and pressure from the Egyptian mediators will force the sovereign authority in Gaza to rein Islamic Jihad in.

Ever since Operation “Guardian of the Walls” ended in May 2021, the IDF has held that the main reason the past year was unusually quiet was that the operation served as a deterrent to Hamas and Islamic Jihad. Now, however, Islamic Jihad, which is a relatively small group, especially when compared to Hezbollah in the north, has managed to paralyze the south of the country solely with threats.

While patience in Israel’s southern towns and villages is wearing thin, the IDF says that “life itself” takes precedence over the “quality of life” of the local residents. On the other hand, while brief and specific restrictions may be necessary, paralyzing the south for three entire days seems unreasonable and points to a serious problem in Israeli deterrence.

Following complaints by local residents, Prime Minister Yair Lapid spoke this morning with representatives of the localities in the Gaza envelope, telling them he understands their plight and pledging that normalcy will be restored quickly.