The IDF has reopened some of the roads blocked off near Gaza, but soldiers remain ready for trouble. 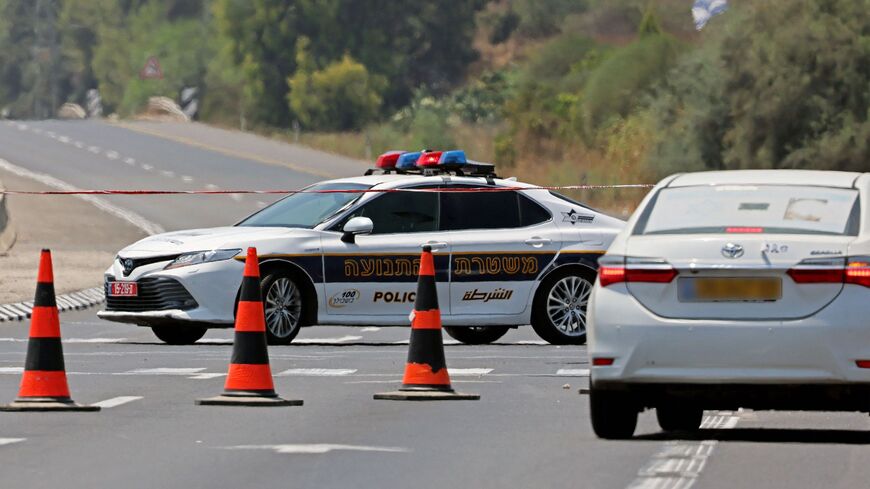 Israeli security forces man a checkpoint in the southern Kibbutz of Yad Mordechai near the Gaza border on Aug. 2, 2022. - JACK GUEZ/AFP via Getty Images

The IDF remains on high alert this evening after yesterday's dramatic arrest of Palestinian Islamic Jihad commander Bassem Saadi in the West Bank.

This morning, the army closed several main roads in the Gaza envelope, setting up checkpoints to control traffic there. All the villages and kibbutzim along the Gaza border have alternative exit routes with the exception of Kerem Shalom and Kibbutz Nahal Oz. These two communities were entirely blockaded today due to the security restrictions. Later in the day, some of the checkpoints were removed and some of the roads reopened. Still, the IDF warns the risk of an attack by Gaza Islamic Jihad militants remains high.

Saadi was arrested by IDF forces last night in the West Bank town of Jenin. He was taken from his home with his son-in-law and aide Ashraf al-Jada. Another member of the Islamic Jihad was killed in a gun battle with Israeli troops. During Saadi’s arrest, IDF forces also raided the homes of 39 Palestinians with alleged ties to Hamas and 13 wanted Palestinians were reportedly detained.

A joint statement by the Israel Defense Forces and Israel border police said two Palestinian terror suspects were arrested last night in Jenin, adding that a handgun, ammunition and cash were seized during the operation. The statement said that the decision to arrest Saadi was made after the army identified an uptick in activity by fighters tied to Islamic Jihad that posed “a direct threat of a possible attack on Israeli civilians.” The Shin Bet confirmed Saadi was the main target of the raid and arrest.

Palestinian news outlets published footage showing a convoy of Israeli military vehicles entering Jenin. In other videos, heavy gunfire can be heard. Palestinian reports also said Saadi was bitten by a military dog during his arrest. The IDF later shared images with the media seeming to show Saadi in good condition, in hope of calming tensions and refuting these claims. In response to Saadi’s arrest, Islamic Jihad declared a state of “alertness” and raised its fighters’ “readiness.”

Tensions have risen in the West Bank for the past three months, following the spring terror wave that cost the lives of 19 Israeli citizens. Still, the Gaza border remained relatively quiet. If calm continues there, the Israeli authorities intend to implement a government decision to increase the number of work permits to Gaza Palestinians from 14,000 to 20,000. Reports say that the number could be increased to 30,000 in the near future.

The increase of the number of work permit is part of the 2021-2022 Bennett-Lapid government's efforts to better the lives of Palestinians in the West Bank and in Gaza. Other moves include expanding the Gaza fishing zone from three to 15 nautical miles, increasing the number of goods allowed to be imported into Gaza and removing obstacles for projects such as a desalinization plant.