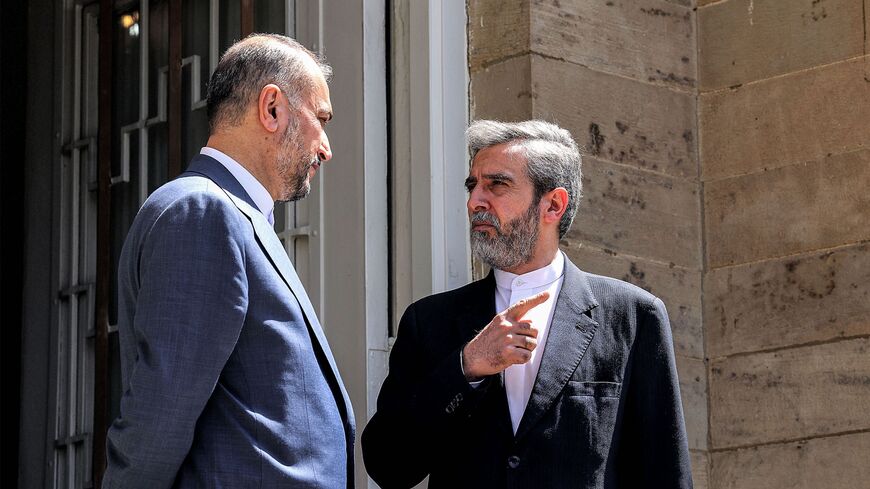 In a series of tweets, Iran’s top nuclear negotiator Ali Bagheri Kani said the country is ready for a final push to revive the nuclear deal.

"We shared our proposed ideas, both on substance & form, to pave the way for a swift conclusion of Vienna negotiations which were aimed at fixing the damaging complicated situation caused by the U.S. unilateral & unlawful withdrawal,” Bagheri Kani tweeted. “We work closely with our JCPOA partners, in particular the Coordinator, to give another chance to the U.S. to demonstrate good faith & act responsibly. As Iran, we stand ready to conclude the negotiations in a short order, should the other side be ready to do the same.”

The Vienna negotiations on reviving the Joint Comprehensive Plan of Action, have been at a standstill over a number of issues. Josep Borrell, the high representative for the European Union for Foreign Affairs and Security Policy, has been leading talks in Doha to get the United States and Iran to compromise on key issues.

Iran is reportedly seeking economic guarantees for reentering the deal. After pulling out in 2018, former US President Donald Trump reapplied sanctions and Iran wants to ensure the successor of President Joe Biden does not do the same. Unfortunately, the original JCPOA was not subject to legislative review and Biden cannot guarantee that future presidents will leave it again.

Nasser Kanani, spokesperson for Iran’s Foreign Ministry, said that Iran has reviewed Borrell’s recommendations and shared its views with him. Since the United States and Iran are not directly negotiating, the European Union and European signatories to the deal have been stepping in to mediate. Kanani said, “It’s possible in the near future we can agree to a new round of talks.”

In response to US sanctions, Iran increased its uranium enrichment levels from under 5% to 60%, disabled cameras installed by the International Atomic Agency and increased its uranium stockpile. While Iran can reverse these steps to be in compliance with the JCPOA, it doesn't want to do so for a temporary deal with the current US administration and leave the fate of its nuclear program to the mercy of US elections.

Mohammad Islami, head of Iran’s nuclear energy agency, called on parliament to create a legal framework for the development of the country’s nuclear industry. According to Islami, such a framework would prevent administrations from changing the direction of the nuclear program. While the country’s nuclear program is headed by Supreme Leader Ayatollah Ali Khameni, the presidency has a lot of control over how the policies are implemented.