Iran says nuclear deal's revival up to US

According to Iranian media, hopes are fading that the nuclear deal can be revived. 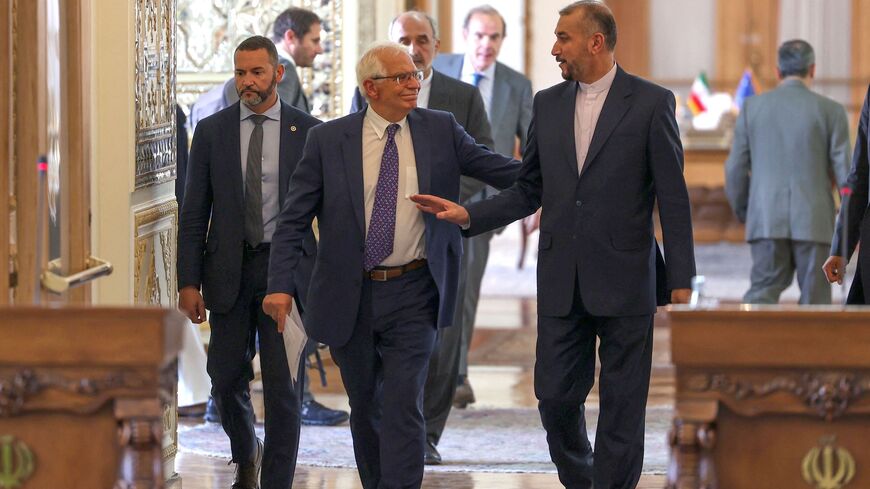 After nearly a month since the last round of indirect negotiations between Tehran and Washington to revive the Iran nuclear deal, hopes are fading that the countries can resolve their differences.

Nasser Kanani, a spokesman for Iran’s Foreign Ministry, said at a press conference today when asked about the state of the negotiations that the policy of the Ebrahim Raisi administration is to not tie the country’s economic situation to the nuclear negotiations. He added, “Iran sees the negotiations as a serious and committed choice and will not leave the negotiations until there is a good, strong and durable agreement.”

Kanani added that Iran and the United States have both worked with High Representative of the Union for Foreign Affairs and Security Policy Josep Borrell to exchange messages in order to bring the two sides closer. Kanani said that signatories of the deal France and Italy — plus regional countries such as Oman, Iraq and Qatar — have also played a role in exchanging messages and attempted to reduce the differences in order to lead the two sides to a resolution.

The United States left the deal formally known as the Joint Comprehensive Plan of Action (JCPOA) in 2018 under former President Donald Trump, who immediately reapplied sanctions on Iran’s banking and oil sectors. President Joe Biden campaigned to return to the deal ahead of the 2020 presidential election, but Iran's requirement to have economic guarantees from the revival of the deal has been an obstacle neither side can overcome. Ever since the US withdrawal from the JCPOA, Iran has increased its enrichment to 60%, reduced its cooperation with the International Atomic Energy Agency by removing cameras from nuclear facilities, and increased its stockpile of enriched uranium.

Despite comments by Iranian officials that they will continue to negotiate and seek out a good deal, Iranian media has grown skeptical that a deal is still possible. Reformist Etemad Daily asked in a headline today, “Has the JCPOA become worthless for both sides?” The article wrote that as the Raisi administration approaches one year in office, “hopes for a deal are fading.” The article continued that some had hoped with the new administration, the state — meaning Supreme Leader Ayatollah Ali Khamenei — would have made the decision to settle differences over the JCPOA. However, the article continued that despite some positive improvements in relations with regional countries, especially Saudi Arabia, there has been no movement in the nuclear negotiations.