Iran nuclear talks in Vienna could resume in days 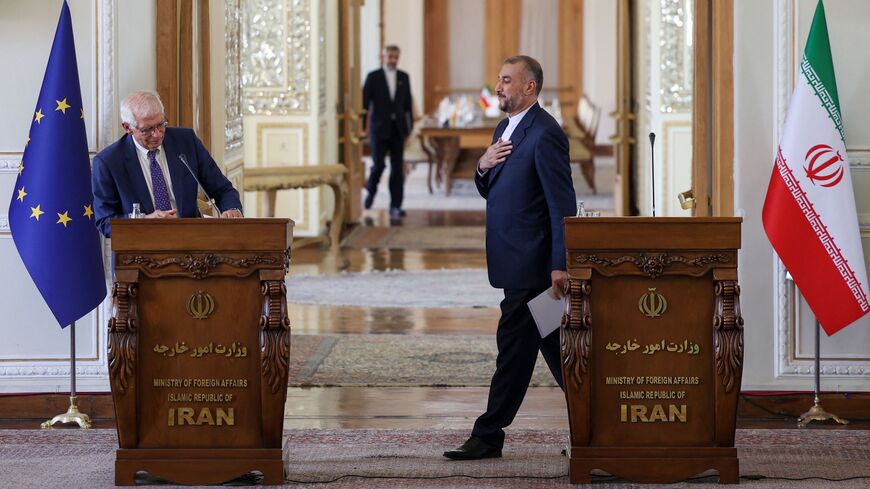 A few days after EU’s foreign policy chief Josep Borrell presented the United States and Iran with a new proposal to salvage the tattered 2015 nuclear deal, known as the Joint Comprehensive Plan of Action (JCPOA), Iran appears ready to talk.

“We shared our proposed ideas, both on substance & form, to pave the way for a swift conclusion of Vienna negotiations” tweeted Iran’s top nuclear negotiator Ali Bagheri Kani on Sunday, adding that this is aimed at “fixing the damaging complicated situation caused by the U.S. unilateral & unlawful withdrawal.”

Bagheri Kani added that his country “stand[s] ready to conclude the negotiations in a short order, should the other side be ready to do the same.”

What Bagheri Kani didn’t say was that his country believes the “US is looking for legal justifications to have ready for whenever it decides to refrain from implementing its side of the bargain," according to Mohammad Marandi, an adviser to the Iranian nuclear negotiations team.

Marandi told Al-Monitor that “Iran will continue to be flexible and creative at the negotiating table, but it won't give the US an opportunity to preserve loopholes in any possible agreement in order to use against Iran as we saw immediately after the signing of the JCPOA in 2015.”

Marandi elaborated that his country is giving the United States an opportunity “to stop stonewalling before the weather starts to freeze, maximum pressure against Iran has failed and the economic situation in western countries is rapidly deteriorating.”

Spokesperson for Iran’s Foreign Ministry Nasser Kanani told reporters on Monday there is a possibility for another round of talks, yet it depends on the US side to reach there.

When asked about the possibility of a new round of talks in Vienna, an EU source told Al-Monitor that’s possible, but not 100%.

The United States has said it's ready to accept the European proposal, but is waiting on Tehran.

“We’ll engage privately with our European allies, but again, we have been willing to accept the deal that has been on the table for some time now and Iran has not,” US State Department spokesperson Ned Price said last week.

EU foreign policy chief Josep Borrell wrote on July 26 that "the space for additional significant compromises has been exhausted" and that "the deal on the table reflects, however, the determination of all JCPOA participants to ensure its sustainability, including the commitment of President Joe Biden and US assurances in this regard."

EU officials have been shuttling between Tehran, Washington, Doha and Muscat to try revive the deal. The main concern has been Iran would reach the nuclear threshold, whereas it’ll obtain the needed material to start working on building a nuclear weapon.

On Monday, Iran’s atomic agency chief Mohammad Eslami confirmed that his country has now the capabilities to manufacture a nuclear bomb but doesn’t have the plans to do so. Eslami’s remarks came a few weeks after Kamal Kharazi, a close adviser to the country’s supreme leader, hinted the same and that there has been no decision to build a bomb because it contradicts with Iran’s principles and national security needs.

US Secretary of State Antony Blinken spoke on Saturday to his Omani counterpart Sayyid Badr al-Busaidi, thanking him for Oman's efforts to secure the furlough of Morad Tahbaz, a US citizen detained in Iran. Blinken later announced new sanctions on entities trading in Iranian petroleum and petrochemicals. He added in a tweet today that the United States will keep using its authorities to “target Iran's exports of these products until Iran is ready to return to full implementation of its commitments under a mutual return to the JCPOA.”