The return to negotiations will be the first talks with Iran under new President Ebrahim Raisi. 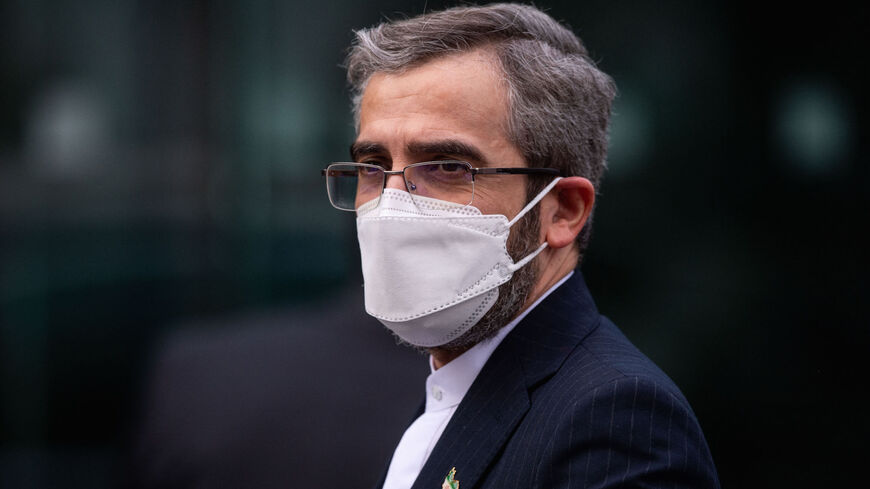 Iran and several world powers have restarted the talks designed to restore the 2015 nuclear deal known as the Joint Comprehensive Plan of Action, officially the 7th round of these specific talks. The resumption of the talks in Vienna under a new Iranian administration — and new negotiators — are focused on bringing the United States back into the original deal and Iran into full compliance. The talks will include representatives from Iran, China, Russia, France, Germany and the UK.

Before the beginning of talks, deputy foreign minister and lead Iranian negotiator Ali Bagheri Kani told reporters, “We’ve entered the talks with a serious will and strong preparation to remove the illegal and oppressive sanctions.” Bagheri met separately Sunday with representatives from China and Russia and as well with Enrique Mora, chief of staff for Josep Borrell, the European Union's high representative for foreign affairs and security policy.

Bagheri Kani said that Iran’s large delegation in Vienna, reported to number around 40 by some accounts, “shows Iran’s seriousness and will for there to be serious steps for the removal of America’s sanctions.” When asked how long the talks will last, Bagheri Kani said that it was impossible to predict but that they will focus on establishing a framework for discussions.

When the United States exited the JCPOA in 2018, Iran practiced “strategic patience” by taking incremental steps away from the terms of the deal despite the full restoration of US sanctions. With the election of President Joe Biden, some had hoped the United States and Iran would quickly achieve the removal of US sanctions and full compliance by Iran.

However, neither the Biden administration nor Iran's Supreme Leader Ayatollah Ali Khameni appeared eager to jump back into the deal. Based on various reports, Iran wants guarantees that the United States will not exit the deal again, something that cannot be guaranteed as the JCPOA is based on sanctions waivers by the US president. The United States also wants guarantees that once the original deal is back in place, Iran will hold talks on regional and missiles policies, something no Iranian administration will agree to as long as Khamenei is in charge.

The new Iranian negotiation team has stated to Iranian and Western reporters and in a Nov. 28 op-ed in the Financial Times that Iran wants to return to the original terms of the JCPOA and nothing more.

The top story above the fold in Iran Newspaper, which operates under President Ebrahim Raisi's office, was headlined simply, “The initiative to lift sanctions.” The new Iranian negotiation team has set itself apart from the previous administration's team by making it clear that they will not enter negotiations to make friends, something Iran's conservative press has consistently accused the previous administration of doing.