Iran has presented its case ahead of the nuclear talks. 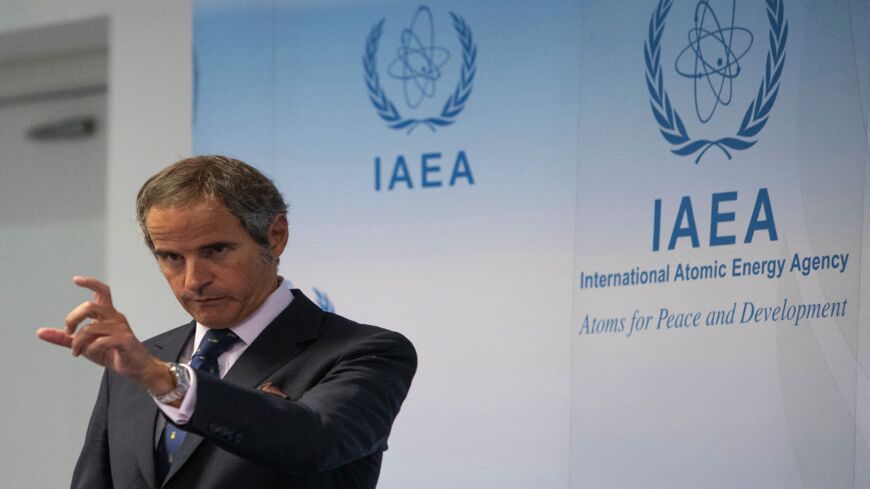 Director-general of the International Atomic Energy Agency (IAEA) Rafael Mariano Grossi holds a press conference after a meeting of the IAEA Board of Governors at the agency's headquarters in Vienna, Austria, on Sept. 13, 2021. - ALEX HALADA/AFP via Getty Images

In response to a question about the upcoming Nov. 29 nuclear talks in Vienna, Khatibzadeh said, “Our focus in Vienna will be to remove all of the sanctions that have been applied to our country illegally by the [United States].”

An article in the administration-run Iran Newspaper presented Iran’s positions ahead of the talks designed to get the United States back into the deal it exited in 2018 and Iran back into full compliance. The title of the article above the fold read “Operation Defeat Sanctions.”

The article began with Iran’s position that when the United States exited the deal and applied international sanctions, Iran had hoped European countries would remain in the deal and ignore secondary US banking sanctions. However, over time Iran saw a number of European companies pull out of the country and take their investments with them, including major firms such as Airbus, Danieli and Total.

The article stated that Iranian negotiators have been clear that the objective of the upcoming talks is to “remove sanctions” and make it clear that the United States is the party that violated the original deal. The visits by Deputy Foreign Minister Ali Bagheri Kani with European countries is to make this position clear ahead of the talks.

According to the position of Iran’s new negotiators, the previous approach of “strategic patience” in which Iran would wait for a new US administration “was not able to get the West to respect Iran’s rights.” Therefore, now … the 25 kilograms of enriched uranium at 60% and 210 kilograms at 20% enriched uranium — nuclear advancements that Iran has made since the US exit — “puts the ball in the opposing side’s court.”