Iranian negotiator back in Vienna for 'final days' of talks

Iran’s lead negotiator made a brief trip to Tehran to consult before returning to Vienna. 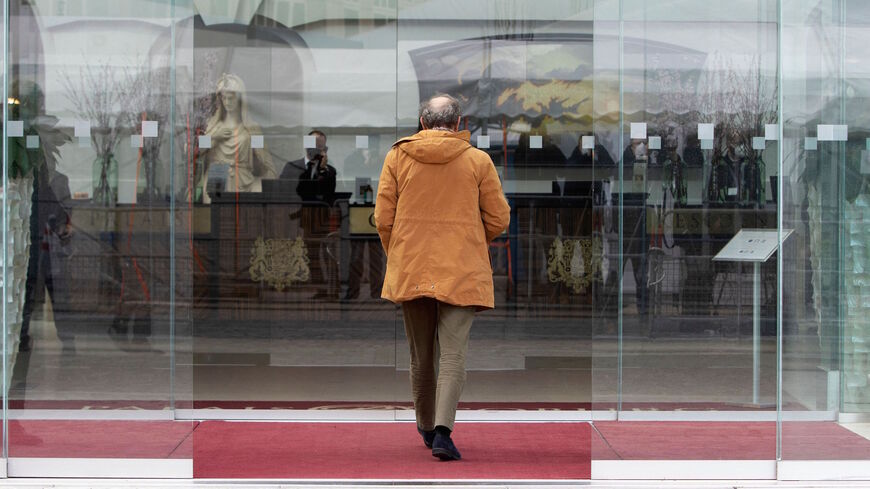 Deputy Secretary General of the European External Action Service Enrique Mora arrives at the Coburg Palace, venue of the meetings on reviving the Iran nuclear deal, in Vienna on Feb. 8, 2022. - ALEX HALADA/AFP via Getty Images

After a brief trip back to Tehran for consultations, Iran's top nuclear negotiator Ali Bagheri Kani has returned to Vienna this morning to resume talks to revive the 2015 nuclear deal. He met this morning with Enrique Mora, deputy secretary general of the European External Action Service.

According to an IRNA report on Bagheri Kani’s trip to Tehran, consultations and top-level talks are still taking place in Vienna. Yet, according to Mora, “There are no longer expert-level talks. No formal meetings. It is time, in the next few days, for political decisions to end the Vienna talks. The rest is noise.”

Mora did not say which side needs to make the “political decisions.” Iran has been been striving to portray the United States as the party that needs to make the final political move. However, a last-minute hangup came with Russia’s demand for guarantees that Western sanctions imposed on Moscow over its invasion of Ukraine will not impact future trade with Iran. The request came as the Russian economy is taking a hit due to a wave of sanctions, with Washington announcing a ban on Russian oil and gas imports into the United States Tuesday. Iran, which relies on Russia and China as a counter to Western countries, has not spoken too harshly about the Russian request, but there are signs that Tehran is not pleased.

Iran's President Ebrahim Raisi, speaking Tuesday to the country's Assembly of Experts, denied that Iran has been too focused on Eastern countries. “Some accuse us of looking one-dimensionally at the East. They say just as the previous administration was focused on the West, we are too focused on the East,” Raisi told the high-profile assembly of Iran's most influential clerics, adding, “This is not correct. The administration is looking to develop relations with all countries and create balance in the country’s foreign policy.”

The previous Iranian administration campaigned on opening up the country to the West. While successfully enacting the nuclear deal, the United States' abrupt departure and reapplication of sanctions stopped the deal's expected economic benefits for Iran. The Raisi administration said that instead of the West, it would focus on neighboring countries as well as China and Russia. Russia’s last-minute request has been an embarrassment for Iranians who view Russia as a reliable partner.

Negotiators are currently in Vienna trying to revive the nuclear deal, which would see Iran reduce its nuclear capabilities in return for sanctions relief. Iran has been seeking guarantees that future US presidents will not walk away from the deal, something that the administration cannot guarantee. Republicans have publicly stated they will exit the deal again if they win the White House.