The European Union’s deputy foreign policy chief was in Tehran this week, but there are indications that Iran may be preparing backup options. 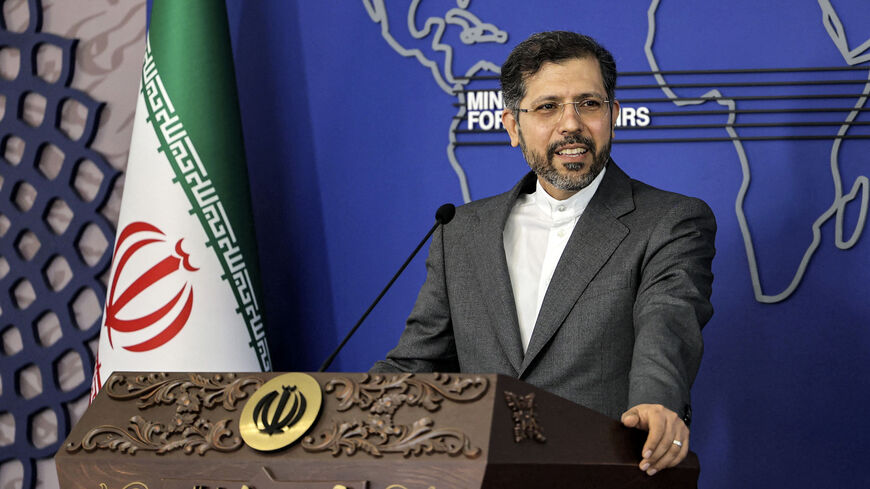 In a last-ditch effort to get the Iran nuclear deal back on track, Enrique Mora, the European Union’s deputy foreign policy chief, was in Tehran this week for a four-day visit. Yet signs of growing ties with China that came just before his visit indicate Iran may be prepping for backup options.

Since Iran refuses to directly engage in talks with the United States, Mora has been the main intermediary for almost a year on efforts to revive the deal, formally known as the Joint Comprehensive Plan of Action (JCPOA). According to EU foreign policy chief Josep Borrell, Mora’s latest effort may be the “last bullet” for breaking the impasse.

Though the options or concessions offered by Mora in Tehran are not known, it’s likely he highlight Iran’s gains from previous talks during his meeting with Iran’s top negotiator Ali Bagheri Kani.

Granting Tehran relief from sanctions in exchange for some controls on its nuclear program, the JCPOA was signed between the United States, Britain, China, France, Russia, Germany and Iran in 2015. However, former President Donald Trump found the checks on Iran to be insufficient and walked out of it in 2018.

Getting the JCPOA back on track has been a top priority of President Joe Biden and talks in this direction have been ongoing in Vienna since April 2021. Unfortunately, some key issues remain unresolved and if the deal is not revived, Iran may have to face more sanctions by the West.

The main sticking point between Tehran and Washington centers around the US designation of Iran’s Islamic Revolutionary Guard Corps (IRGC) as a foreign terrorist organization. In addition, Iran wants guarantees that the United States will not quit the pact again and it wants sufficient economic benefits from the resumption of the JCPOA.

Talks got stuck after March 11 when Russia demanded guarantees that Western sanctions imposed on it after its invasion of Ukraine would not affect its trade with Iran. Once this was dealt with, the International Atomic Energy Agency (IAEA) became edgy over traces of radioactive material found at several undeclared nuclear sites in Iran.

At times, these divergences stalled talks completely and Mora had to visit Tehran even in late March. For this week’s visit though, he was invited by the Iranian side. Saeed Khatibzadeh, the Iranian foreign ministry spokesman, had stated that “prolonging the pause in the negotiations is not in anyone’s interest.”

Iran has a lot at stake, if the talks fail it may have to face more sanctions which would make an economic recovery even more difficult. At the same time, Tehran has started showing that it has other options.

Sending out a signal to the West recently, Iranian President Ebrahim Raisi announced substantial economic reforms to be implemented presuming US sanctions remain in place, just one day before Mora arrived in Tehran. Then Tehran took one more step towards Beijing and upgraded military ties around 10 days before Mora’s visit.

According to the PLA Daily, during his meeting with Raisi, Wei offered that the People’s Liberation Army was willing to “make good use of cooperation mechanisms, push forward pragmatic cooperation and bring military ties to a higher level.”

Given the timing, some have speculated that this upgrade in Sino-Iranian military ties may have a connection with the unproductive talks in Vienna.

A European diplomat in Islamabad, who was previously posted in Tehran, told Al-Monitor, “The visit of the Chinese defense minister and his meetings with Iranian officials have to be read in the context of the uncertainties of the complex regional scenario, in particular the fate of the JCPOA talks, the ongoing talks with Riyadh, the relations with the Persian Gulf countries and the perspectives of the Yemen conflict.”

With this move, Iran might be trying to influence Western powers to be more accommodating about the glitches preventing any JCPOA breakthrough.

However, Sina Azodi, a non-resident Fellow at the Atlantic Council in Washington, told Al-Monitor that, “Iranians have not reported much on the outcome, but it seems that [Wei’s visit] should mostly be viewed in the context of bilateral relations between Tehran and Beijing and more specifically, the 25-year agreement between the two countries.”

After the finalization of the 25-year Comprehensive Strategic Partnership struck between China and Iran last year, Wei is the highest-ranking Chinese official to visit Iran. The implementation of the partnership was announced in January but the details remain sketchy.

Moreover, the regional situation has changed a lot as US troops have left Afghanistan and the Taliban has taken over. Wei said his visit was “important against the backdrop of the current turbulent international situation and shows the importance of China-Iran relations.”

An upgrade in Sino-Iran military ties can also help Tehran in dealings with the Taliban, as they look towards China for investment as their economy is in doldrums. Both sides also agreed to strengthen strategic communications at the top level of both militaries along with joint exercises.

As Bagheri told the press, “We agreed to expand bilateral cooperation in joint military drills, exchange of strategies, training issues and other common fields between the two countries’ armed forces so that we can provide better security for the two countries’ territories.”

Meanwhile, Iran may also acquire Chinese weapons and equipment.  According to Azodi, “Iran is also very interested in expanding its military cooperation and acquiring Chinese military equipment, especially fighter aircrafts. So, there is a good chance that those issues were discussed too.”

The diplomat, who spoke to Al-Monitor on background, noted, “This includes the military component, as confirmed by the meeting of Minister Wei with Major General Bagheri, the two countries have developed, according to the Iranian narrative, their own indigenous capability which can be further developed in pursuing common goals.”

He noted that “some media outlets in Iran reported the meeting with Bagheri, recalling UNSC Resolution 2231 and the ‘lifting of the arms embargo since October 2020,’ this can be seen as an attempt by Tehran to convey a message to the West, in the context of the nuclear talks, that it has other [powerful] cards to play.”

Finally, having less hope about the resumption of the JCPOA, Tehran also seems more prepared to “look East” than it was in the past. As Azodi commented, “Overall, the ‘look to the East’ [strategy] is also getting more momentum in Iran as Iranians seem to view the emerging eastern block a counterbalance to the West (which they view inherently opposed to Iran).”

Regarding this change in Iran’s stance, the diplomat said, “Right now, when Tehran considers itself under pressure from the West, facing a possible collapse of the JCPOA talks, with the fading of the ‘promised’ European market, the Eastern card becomes more and more realistic.”

He added that, “From a general point of view, it is worth remembering that in Tehran the ‘Look to the East’ option has always been considered by Khamenei’s circle in the ‘Daftar-e-Rahberi' as a realistic alternative, though not the favorite one, when it comes to establishing viable and sustainable economic and political relationship with other strong economic realities.”

China in the Mideast
Iran Deal