Iran says the current discussion with the European Union is not a negotiation on the nuclear deal. 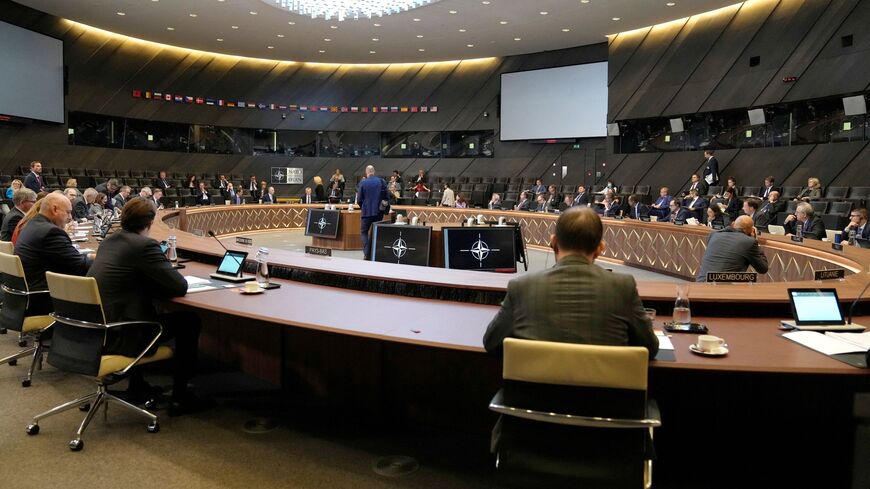 A picture taken on Oct. 7, 2021, shows a general view of the round table of national security advisers at the NATO headquarters in Brussels. - VIRGINIA MAYO/AFP via Getty Images

Iran has clarified that the meetings that will take place in Brussels are not negotiations on the 2015 nuclear deal the Joint Comprehensive Plan of Action (JCPOA). Saeed Khatibzadeh, Iran’s Foreign Ministry spokesperson, said that Deputy Foreign Minister Ali Bagheri Kani’s trip to Brussels is intended to continue talks with Enrique Mora, deputy to European Union Foreign Affairs chief Joseph Borrell, that began in Tehran a week ago.

The confusion stems from a closed-door meeting between Foreign Minister Hossein Amir-Abdollahian and members of parliament. It’s likely that the source, lawmaker Ahmad Alireza Beigi, misunderstood Abdollahian and inadvertently told the Iranian press that “negotiations with the world powers over Iran’s nuclear program would start” Thursday. The comment was quickly picked up by news outlets.

While the meeting with members of the European Union will concern the nuclear talks, it will not be a negotiation on the JCPOA, which is between Iran and the five permanent members of the United Nations Security Council plus Germany, otherwise known as the P5+1.

Abdollahian told Iranian news outlets today that the talks between Iran and the EU are to “find practical solutions to the current problems and impasse in Vienna,” where the talks were taking place. Negotiators are attempting to bring Iran back into full compliance and the United States back into the deal. When the United States exited the deal in 2018 and reapplied international sanctions, Iran took steps away from the compliance.

Abdollahian said that the problems continue to come from the US side, specifically Washington's “non-commitment in complete and effective removal of unilateral and illegal sanctions.”

The new Iranian administration under President Ebrahim Raisi is taking a slower pace in getting back into the JCPOA talks.