Ahead of the new round, Iran’s foreign minister expressed doubt that the Western sides were ready to accept Tehran’s demands, while the United States spoke of “additional measures” if diplomacy was heading toward failure. 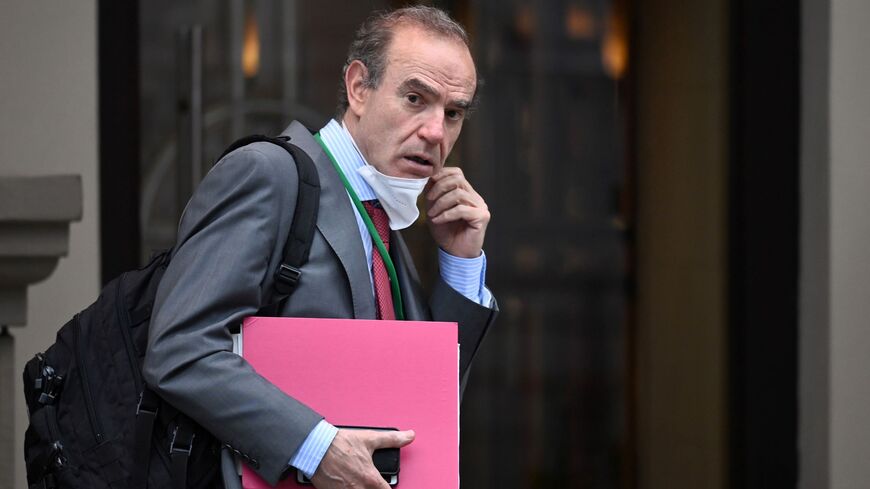 Enrique Mora, Deputy Secretary-General of EEAS, leaves the Grand Hotel on the day the JCPOA Iran nuclear talks are to resume on May 25, 2021 in Vienna, Austria. -

Caution, or perhaps a lack of optimism, filled the atmosphere in Vienna’s Coburg Hotel as representatives from Iran and world powers convened for a fresh round of talks on resurrecting the Iran nuclear deal, known as the Joint Comprehensive Plan of Action (JCPOA).

On the eve of the new meetings, Iran’s Foreign Minister Hossein Amir-Abdollahian did not appear overoptimistic in comments that further marked the complexities ahead.

“We are in doubts that the Western parties are even ready to grant sanctions relief,” he declared in an Instagram post. “Time has come for practical measures,” the Iranian minister noted, complaining that in the past eight years “enough unfulfilled promises have been offered [by the Western sides].”

The fresh round was being held at the deputy foreign minister level, with delegations from Iran, China, Russia, the UK, France and Germany. The United States has sent its own team for an indirect engagement, seeking re-entry into the accord, which has been on life support since it was abandoned by former president Donald Trump in 2018.

Last week’s talks were concluded with Iran presenting its two separate proposals on sanctions removal, and nuclear enrichment, which has been ramped up in recent months in what is seen by the West as a serious breach of the JCPOA. And the Iranian package has complicated the prospects for a quicker pathway, as it has disappointed the European signatories.

However, the senior EU diplomat, Enrique Mora, who led the meeting, told reporters both sides expressed “a renewed sense of purpose on the need to work and to reach an agreement on bringing the JCPOA back to life.”

Corroborating those diplomatic remarks, Iran’s leading negotiator, Ali Bagheri Kani stressed, “all parties want to narrow the gaps.” Yet in another suggestion that success was a long shot, he noted that Tehran will continue the talks “based on its previous position.” Guarantees that future US administrations will not walk away from the new deal are among the contentious conditions Iran has strictly set.

The United States has, on the other hand, declared that all options remain on the table if Iran refuses to return to compliance. With no glimmering hopes coming from Vienna, the White House on Thursday spoke of “preparation for a range of additional options” and “measures if diplomacy cannot get on track soon and if Iran’s nuclear program continues to accelerate.”

On the same day, Israeli Defense Minister Benny Gantz was in Arlington, Virginia. As the talks were still under way in the Austrian capital, the Pentagon announced that its officials will discuss with the visiting Israeli official “shared concerns about Iran and its continued destabilizing activities.”

The statement did not elaborate further, but the Reuters news agency reported that plans for an Iran-focused joint military exercise were expected to be on the agenda.