Wrapping up the latest round of nuclear talks in Vienna, the two sides are currently making progress — but issues remain. 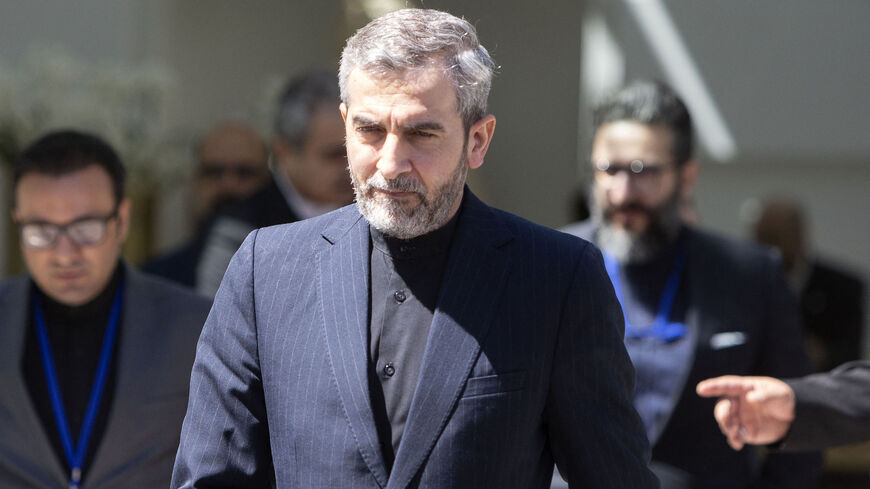 Iran's chief nuclear negotiator Ali Bagheri Kani leaves after talks at the Coburg Palais, the venue of the Joint Comprehensive Plan of Action (JCPOA) in Vienna, on Aug. 4, 2022. - ALEX HALADA/AFP via Getty Images

Negotiations in Vienna to revive the nuclear agreement to reduce Iran’s nuclear program in exchange for US sanctions relief have made slow progress in the last week. The current round of talks ended today, and Iran’s negotiators have returned to Tehran to conduct consultations.

A senior Iranian nuclear negotiator told Iranian reporters that the proposals discussed “require comprehensive review.” The negotiator said that they would coordinate with their European counterparts after the consultations.

The latest talks began Aug. 3 with Iranian, American, Russian and Chinese negotiators plus representatives from the European Union. The original members of the deal, known formally as the Joint Comprehensive Plan of Action (JCPOA), include Iran and the five permanent members of the UN Security Council plus Germany. While negotiators from the European countries are not present, they are being essentially represented by Enrique Mora, chief of staff to High Representative of the EU for Foreign Affairs and Security Policy Josep Borrell.

These current talks include discussions over recommendations made by Borrell during the Doha talks. Mora of the EU is currently acting as mediator between Iran’s Ali Bagheri Kani and Rob Malley from the United States because the two sides are not talking to each other directly. While the nuclear negotiations need Iran and the United States to resolve differences, they are currently holding talks indirectly due to Iranian insistence stemming from the US withdrawal of the deal in 2018.

The latest disagreement currently is over safeguards issues. The International Atomic Energy Agency (IAEA) passed a resolution over Iran’s lack of cooperation. As a response to the US exit, Iran reduced its cooperation with the nuclear watchdog group, most recently removing its cameras from its nuclear facilities. Under the nonproliferation treaty and the additional protocols, Iran is obligated to declare its nuclear activities to the IAEA. Rafael Grossi, head of the IAEA, has traveled between Tehran and European capitals to resolve the dispute. While Iran has been generally welcoming of Grossi, his trip to Israel recently angered Iran due to Israel’s lack of transparency about its alleged undeclared nuclear weapons.

Nour News, which is linked to Iran’s Supreme National Security Council, wrote that Western countries are trying to present Iran as being unreasonable when it comes to issues over the IAEA and the nonproliferation treaty. Nour News wrote that Western countries are trying to force issues into the agreement that go beyond the JCPOA, and that there is no guarantee that other agencies, such as the IAEA, will not level claims against Iran that would portray Iran as being in breach of the JCPOA.

The article at Nour News said that the United States will “use the first opportunity” to not implement its side of the agreement and then immediately work to either not remove sanctions on Iran or to make it so that Iran would not be able to take advantage of the sanctions removal. According to Nour News, if the United States is unable to effectively remove sanctions and permit companies to conduct business with Iran, there is no reason for Iran to compromise on the current agreement.