Raisi says Iran will not retreat on demands in nuclear talks

Iranian President Ebrahim Raisi says that his country will not back down on its positions in the nuclear deal negotiations. 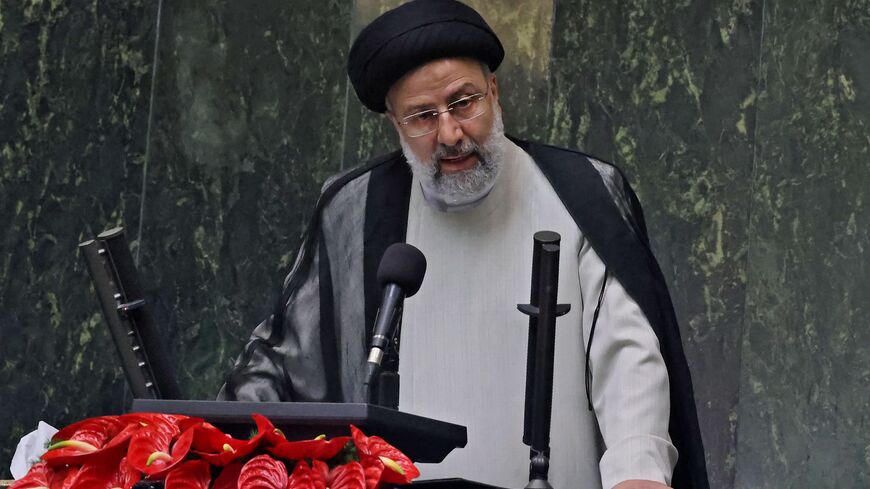 Iran's President Ebrahim Raisi speaks during his swearing-in ceremony at the Iranian parliament in Tehran on Aug. 5, 2021. Iran faces an economy battered by US sanctions, a grinding health crisis and thorny negotiations on its nuclear program. - ATTA KENARE/AFP via Getty Images

In a Cabinet meeting today, Iran’s President Ebrahim Raisi discussed the ongoing deadlock with the United States over the nuclear negotiations to revive the 2015 nuclear deal known formally as the Joint Comprehensive Plan of Action (JCPOA).

“The Americans say that Iran must return to the JCPOA, but Iran has never left the deal. It is the Americans who have violated the deal,” Raisi said.

In 2018, former US President Donald Trump exited the JCPOA and reapplied sanctions. Trump was seeking to undo an Obama-era accomplishment and sign another deal with his name. However, given the intense nature of the original negotiations and that it was a deal between Iran and the permanent members of the United Nations Security Council plus Germany and not just between Iran and the United States, Trump’s negotiations never started.

President Joe Biden campaigned on returning to the JCPOA, but Iran and the United States are deadlocked over a number of issues — specifically Trump putting sanctions on the Islamic Revolutionary Guard Corps.

President Biden is currently on his first tour of the Middle East, where he is expected to meet the leaders of Israel, Saudi Arabia and other US allies. Raisi said that if Biden’s goal is to help normalize relations between Israel and Arab countries, “It will never create security for the Zionist regime.” In recent years, Israel’s relations with Arab countries in the Persian Gulf have drastically improved, causing alarm inside Iran. Raisi warned again there would be a “firm response” to anyone who would attack Iran’s borders.

Iran’s media has also had extensive coverage of Biden’s trip, which began this morning. Iranian media outlets have attempted to downplay the significance of Biden’s trip for regional developments, especially when it comes to Israel-Saudi relations. While Israel and Saudi Arabia certainly have relations, full diplomatic relations between the two would be a major blow to Iran, given its enmity with Israel and rivalry with Saudi Arabia.

Iran is countering the US diplomacy with their own. Russia’s President Vladimir Putin and Turkish President Recep Tayyip Erdogan will be visiting Tehran shortly. Putin will arrive in Tehran on July 19. One of the conversations to take place among the three countries will likely be over Syria and developments in that country.

Foreign Minister Hossein Amir-Abdollahian also recently spoke with his South Korean counterpart about Iranian money that is blocked in the country. Ali Bagheri, who is also a nuclear negotiator, tweeted that South Korea is “exploring a new way to resolve the matter.” Iran’s money in South Korea is currently blocked due to US sanctions.