On the heels of EU foreign policy chief Joseph Borrell’s visit to Iran, the spokesperson for Iran’s Foreign Ministry said that Iran expects the negotiations to resume shortly. 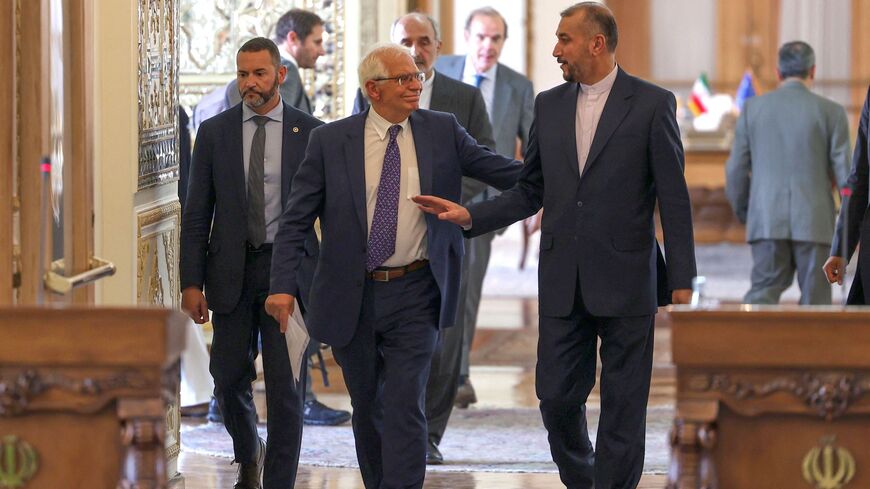 Discussing EU foreign policy chief Joseph Borrell’s Saturday visit to Iran, Khatibzadeh said that Iran “thanks the European Union’s facilitation efforts” in moving ahead the nuclear talks. He added that Borrell and Iran’s Foreign Minister Hossein Amir-Abdollahian met and discussed Iran’s request for “economic guarantees” in the revival of the 2015 Joint Comprehensive Plan of Action (JCPOA).

Amir-Abdollahian wrote on a message posted to Instagram that Borrell visited Tehran in order to “end the deadlock” over the negotiations. He said that Iran has remain committed to the terms of the JCPOA, that Iran “has never left the negotiation table” and will continue negotiations and that the United States should continue the nuclear talks in a “fair and realistic” way.

The United States exited the JCPOA in 2018 and reapplied sanctions. In response, Iran resumed aspects of its nuclear program and expanded its enrichment capacities. Khatibzadeh seems to be implying that Iran is seeking guarantees that another US president will not exit the deal and reapply sanctions. However, given that a nuclear deal with Iran will never be ratified in US Congress as a treaty, sanctions on Iran will remain the decision of the sitting US president. If a Republican takes over after Joe Biden, the country could leave the deal once again.

Khatibzadeh said that talks would start “in the coming days” and that the nuclear aspects of the negotiations have been settled. Rather, the remaining discussion will be about the removal of sanctions. He added, “The ball in is America’s court and if they come back with an answer, work can be done quickly and we can be hopeful about an agreement.”

In addition to Borrell's efforts to get the stalled talks up and running again, Europe is dealing with with the fallout over Russian sanctions. A number of Western European nations sanctioned Russia over its invasion of Ukraine. With Russian oil now limited in the market, France wants Iran and Venezuela to compensate.

The Biden administration is less eager to resume to talks. The Democrats are looking at difficult midterm elections. Reviving the nuclear deal would carry some political costs for Biden domestically, even though most Americans look favorably upon the deal for limiting Iran’s nuclear program.