The European Union’s high representative for foreign affairs, Josep Borrell, said he expects a seventh round of negotiations in Vienna would to resume "within an acceptable period of time.” 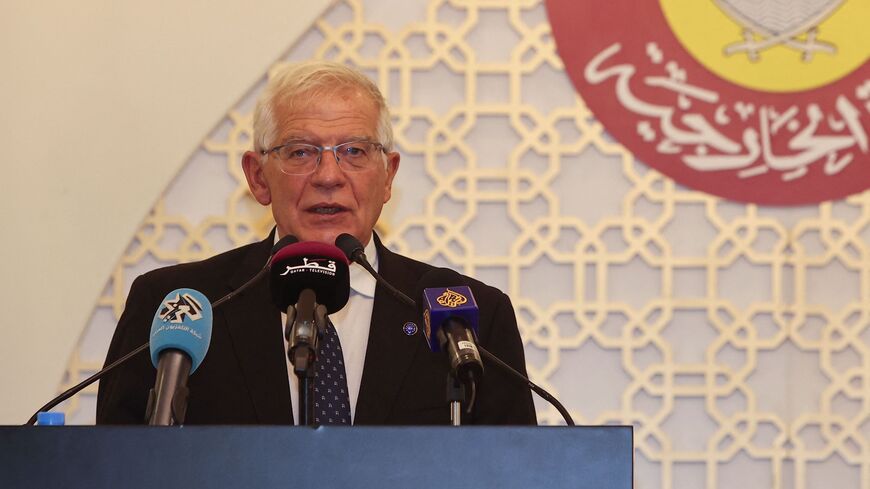 During a press conference in Doha on Thursday, the EU’s high representative for foreign affairs, Josep Borrell, said negotiations aimed at salvaging the 2015 accord would resume "within an acceptable period of time.”

Multilateral talks in Vienna were suspended in June, following the election of hardline Iranian President Ebrahim Raisi. No date has been set for a seventh round of negotiations between those still party to the deal — Britain, China, France, Germany, Russia and the European Union — and Iran.

Tehran in recent weeks has indicated it is willing to return to the negotiating table in Vienna, but Iranian officials have declined to give a firm date. Last week, Iranian Foreign Minister Hossein Amir-Abdollahian said that "the Islamic Republic of Iran will return to the table of negotiations," and that the talks will resume “very soon.”

Asked about the comments from Amir-Abdollahian, State Department spokesperson Ned Price said last week that Washington had “not received clarity on what precisely that means.”

“We are ready to return to Vienna and to conclude our negotiations quickly before the window of opportunity to return to the JCPOA closes,” Price added, referring to the Joint Comprehensive Plan of Action, which offered Iran sanctions relief in exchange for curbs on its nuclear activities. “We have made very clear that we are ready to do so.”

President Joe Biden has pledged to rejoin the JCPOA, which offered Iran sanctions relief in exchange for curbs on its nuclear activities. But US officials are increasingly warning that the window is closing for Iran to return to the table and resume compliance under the deal, which the Trump administration abandoned in 2018.

Iran has responded to the prior administration's sanctions by gradually violating its commitments under the JCPOA, including installing advanced centrifuges at its nuclear sites. The International Atomic Energy Agency, the UN’s atomic watchdog, informed member states last month that Iran had enriched uranium up to 60 percent, a major breach of the 3.67 percent allowed under the JCPOA but still short of the 90 percent that Iran would need to build a bomb.