No breakthrough in Turkey’s talks with Sweden, Finland over joining NATO

Discussions between Turkey, Finland and Sweden about the Nordic countries' proposed NATO membership have ended inconclusively as Ankara showed no signs of abandoning its hardline position. 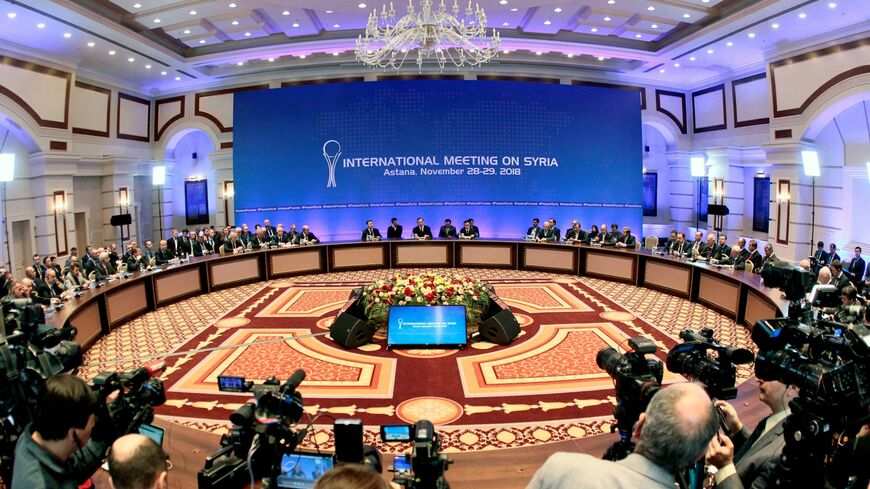 Discussions between Turkey, Finland and Sweden about the Nordic countries' NATO membership held in Brussels today ended inconclusively as Ankara showed no signs of abandoning its maximalist position, sources said.

Both countries ended decades of dogged neutrality and applied for full membership of the transatlantic security bloc following Russia’s invasion of Ukraine. Turkey is threatening to veto their accession unless both countries address its security concerns and take effective steps to “combat terrorism.”

The sources speaking not for attribution said Turkey continues to insist that Sweden and Finland end their support to the Syrian Kurdish People’s Protection Units (YPG), the US-led coalition’s lead partner in the fight against the Islamic State in Syria. Sweden, Turkey and Finland are part of the coalition. Turkey wants activities of the so-called Fethullahist Terrorist Organization, which Turkey accuses of seeking to overthrow Turkish President Recep Tayyip Erdogan in July 2016, to be proscribed as well.

The YPG has close ties with the Kurdistan Workers’ Party (PKK), which has been waging an armed campaign against the Turkish state since 1984, and Ankara claims it poses an existential threat to Turkey. It has mounted three large-scale military offensives against the YPG, most recently in 2019, prompting Sweden to spearhead an EU arms embargo against Turkey. One of Turkey’s demands is that the embargo be scrapped.

Turkey is also furious that Sweden’s Social Democratic government continues to receive senior figures from the Kurdish-led autonomous administration in Northeast Syria, as well as military commanders. It wants Sweden to scrap all ties with the Democratic Unity Party (PYD), the dominant party in the administration, and to shut down their representative offices.

Several prominent adherents of Fethullah Gulen, the Sunni cleric who is accused of masterminding the failed putsch, reside in Sweden. Turkey wants their extradition.

The demands are being put forth as prerequisites to any further discussion of Sweden and Finland’s membership of NATO. However, they violate what both countries regard as the fundamental tenets of their values-based democracies.

Turkish leaders have repeatedly said they want concrete action from the Finns and particularly the Swedes, but that they have seen none. The Swedes say a beefed-up anti-terror law will address many of Turkey’s concerns when it comes into force on July 1. Swedish foreign minister Ann Linde keeps reminding Ankara that Sweden was the first European country to designate the PKK as a terrorist organization in 1984. But Ankara remains unswayed.

Presidential Spokesman Ibrahim Kalin, who led the Turkish delegation, said talks would continue but that the forthcoming NATO summit in Madrid next week was not a deadline.

“The Turks are not providing any clear perspective [for their membership] and it’s likely to turn into fireworks in Madrid,” one of the sources said. “It was totally expected and planned that Sweden and Finland would participate in the summit,” the source added. They hoped that their membership bids would have been approved by all 30 NATO members.

NATO Secretary General Jens Stoltenberg has since sought to downplay those expectations while appeasing Ankara and casting the ongoing talks in a positive light.

“I welcome the constructive meeting held today on the historic applications by Finland and Sweden to join NATO,” said Stoltenberg. He added: “[Turkey] has legitimate security concerns over terrorism that we need to address. So we will continue our talks on Finland and Sweden's applications for NATO membership, and I look forward to finding a way forward as soon as possible.”

Finland, which has a far smaller ethnic Kurdish population than Sweden, and not as close ties to the PYD, is under less pressure from Ankara. This was reflected in the statement  put out by the Finnish Presidency in the wake of the talks.

“There was a total of almost five hours of discussion. Clear progress has been made on some issues, and some still need to be agreed. The issue of the day will next be reviewed in each capital. The common goal is to continue the discussion as soon as possible,” Petri Hakkarainen, Foreign and Security Policy Adviser to the President of Finland, said. He did not elaborate.

Linde was more circumspect. “We are fully prepared that [NATO accession] may take a long time, but of course it is good when the parties talk to each other and it is good that NATO has invested so much in keeping the talks going,” she said in comments reported by the Swedish daily Dagens Nyheter.

The key question is just how long those talks will last. Turkey keeps pointing out that it took the Balkan state of Macedonia ten years before it overcame Greek objections to its name. In the end Macedonia rechristened itself Northern Macedonia. However as James Stravides, a former Supreme Allied Commander of NATO noted in an essay for Bloomberg, “a key difference is that Macedonia, a tiny nation with a very small military, did not offer the kind of powerful military advantage to the alliance that the two northern nations [Sweden and Finland] do. And all of this is unfolding in the face of the war in Ukraine — which portends further conflict by Russia.”