In his decision to dissolve parliament, Prime Minister Naftali Bennett prefers his legacy as the prime minister who took on Iran with unprecedented intensity, rather than the one who succumbed to backbenchers in his own party. 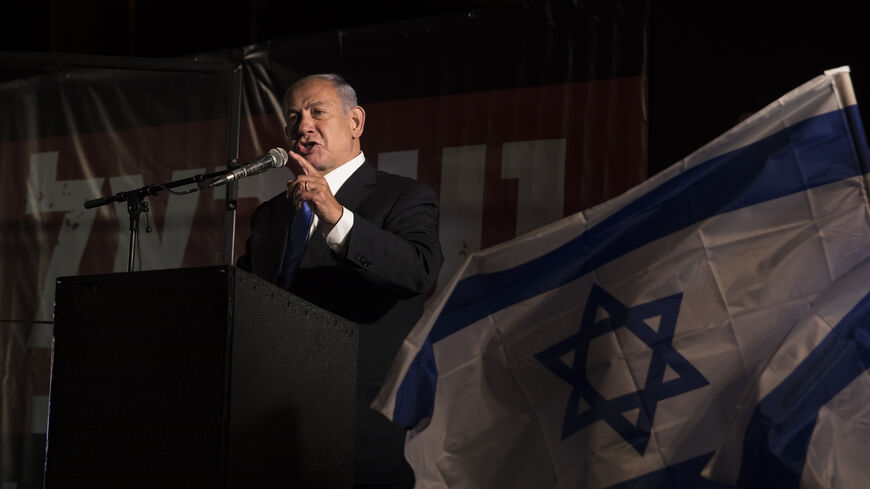 After lengthy deliberations, the White House announced June 14 that President Joe Biden would visit Israel in a month. The details had been ironed out with Israeli Prime Minister Naftali Bennett and his people. However, when Biden disembarks from Air Force One at Ben-Gurion Airport July 13, a different prime minister will be waiting to greet him. His name is Yair Lapid, currently foreign minister and alternate prime minister to Bennett.

Such are the vagaries of Israel’s political system, one of the most convoluted in the world. Were Biden to return for another visit in the fall, he could well be meeting with still another prime minister, perhaps someone he has met before, such as Bennett’s predecessor Benjamin Netanyahu, or wannabe Prime Minister and current Defense Minister Benny Gantz. Israelis always want to be world leaders in every field, and their ridiculously complex political system fits the bill.

Around noon on June 20, Bennett made his surprise dramatic decision to disband parliament and thus force new elections. His longtime political partner — Interior Minister Ayelet Shaked — was at the time flying to Morocco for an official visit. He did not consult her in advance, but updated her as soon as she landed in Rabat.

Bennett also made a last-ditch effort to appeal to his renegade Yamina party Knesset member Nir Orbach, to wrest from him a promise not to vote with the Likud-led opposition in favor of bringing down the government prior to the Biden visit. Orbach refused, indicating his mind was already made up and he would be willing to delay the vote by a week, at most. Had the vote gone ahead, Orbach’s support could have tipped the scales in the opposition’s favor. Thus, instead of new elections in the fall, Bennett’s coalition government could have perhaps been replaced at once by a Netanyahu-led coalition.

Bennett decided he had had enough of the constant political machinations rocking his fragile multiparty coalition since it took office exactly one year ago. He would rather go down in history as the leader who took on Iran with unprecedented intensity, than as a leader blackmailed by a little-known politician (Orbach) who rode into the Knesset on his coattails last year.

Bennett then called in Lapid, who is scheduled to replace him as premier in August 2023 under a power-sharing deal they have forged. Lapid did not try to dissuade Bennett from his decision, especially after Bennett made clear he would not engage in any blame game for the coalition’s downfall nor would he renege on his rotation deal with Lapid.

Under the agreement that cemented their political partnership, if their government is disbanded for any reason, the identity of the transitional prime minister depends on which side was responsible for that development. Given that the decisive vote to bring down the government would have been Orbach’s, a member of Bennett’s party, Bennett will vacate his seat and hand over power in an orderly fashion to Lapid, the chair of the Yesh Atid party, once the Knesset votes on calling new elections.

This scenario means that Lapid will become Israel’s 14th prime minister within a week or two, Bennett will replace him as alternate prime minister and (unofficially) the minister in charge of the Iran portfolio. Biden is therefore likely to conduct his talks in Israel jointly with both men.

In the evening hours of June 20, after several hours behind closed doors, the two men faced the cameras. Bennett summed up his short term in emotional, leadership style. Lapid made do with a simple response. “Listen,” he told Bennett, “I simply love you.”

The two men, to a large extent ideological opposites, first forged their alliance in 2013, billing themselves as “brothers” and conditioning their entry into the Netanyahu government on posts for both of them. The alliance went through ups and downs over the years, but was reconstituted last year in a bid to remove Netanyahu from office. Right now, it is tighter than ever.

Israel will now be dragged into its fifth election campaign in just 3½ years, which promises to be one of unprecedented vitriol. “The poison machine,” as Bennett dubs Netanyahu’s well-oiled propaganda array, will go into overdrive. It will face weaker, rather frightened rivals but ones determined to win the battle over Israel’s future.

If Netanyahu mobilizes the 61-seat Knesset majority that has evaded him through the four previous election cycles, he will probably try to carry out a constitutional, legal and regime coup. His overarching goal is to stop the corruption trial underway against him, which includes a charge of bribery. That is his sole focus.

Immediately after Bennett’s announcement, Netanyahu pledged to form a “broad national government,” but given a choice of establishing a narrow government comprised of nationalist, ultra-Orthodox and fascist parties, including ultra-nationalist Knesset member Itamar Ben-Gvir of the Religious Zionism party, he would probably embrace it with fervor.

Netanyahu’s grand plan calls for mobilizing a Knesset majority to replace the incumbent attorney general, followed by passage of the “French law” that suspends criminal proceedings against incumbent heads of states, and thus bring about the suspension of his trial. Such moves would mean a sea change in Israel’s image, a crushing of its fragile democracy and an accelerated process of totalitarian leadership in the spirit of Hungary’s Prime Minister Viktor Orban.

The coalition’s proposed bill disbanding the Knesset is scheduled for a preliminary Knesset vote June 22, and second/third hearings next week. Various scenarios could still stop this juggernaut — for example, members of the Netanyahu camp who could be tempted to jump ship and join Bennett. This option cannot be dismissed. But if early elections are called, they will likely take place after the Jewish High Holidays in October.

Until then, many questions remain. For example, would Bennett run or would he prefer to step down in his prime? Would his Yamina party run without him and jump back into Netanyahu’s warm embrace?

One scenario foresees Bennett and Lapid joining forces to form an Israeli democratic party comprised of secular and traditionalist Israelis, which will try to break through the 61-seat Knesset ceiling. Lapid could also try to break through the ceiling with the help of popular former army Chief Lt. Gen. (Res.) Gadi Eizenkot, who is expected to join the ranks of his party.

And yet, all the polls of recent months clearly point to the fact that Netanyahu, along with the ultra-Orthodox and the Religious Zionism party, are within touching distance of the 61-seat barrier. That is the real, imminent and only threat facing the State of Israel as we know it.