The government of Naftali Bennett was not toppled yesterday, but its failure to pass a critical piece of legislation dealing with settlers does not bode well for its future. 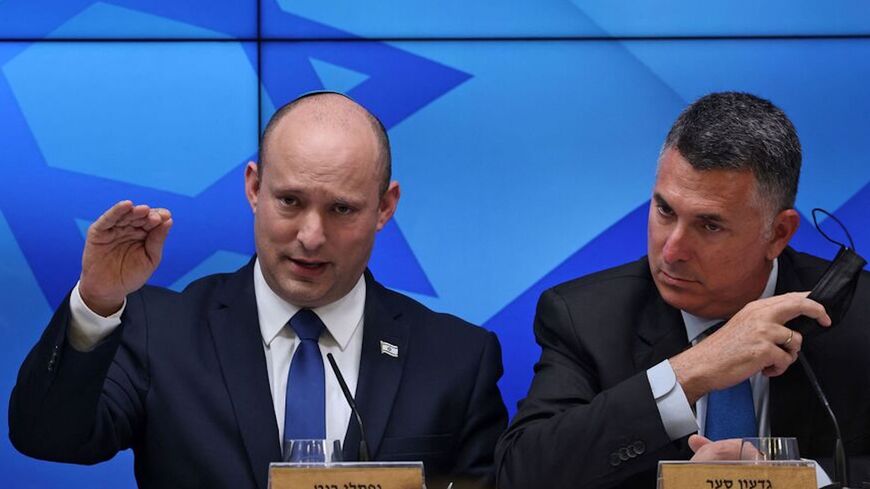 The coalition would prefer to forget everything that happened in the Knesset on the night of June 6. Not only did it suffer a devastating blow in two dramatic votes, but the alliance of disparate parties with very different worldviews actually started falling apart live on television. The coalition failed to obtain a majority in support of a bill extending regulations that implement Israeli criminal law over Israeli residents of West Bank settlements.

These regulations were first passed 55 years ago in the wake of the 1967 Six-Day War. They were intended to formalize the status of Israeli laws in the territories occupied by Israel, but it was a temporary measure. Every five years, the regulations were extended as a matter of routine. This year was different. For the first time, the current coalition includes an Arab party (Ra’am) and individual Arab members of Knesset from the Meretz Party, all of whom had a hard time voting for a bill that in their view effectively grants de facto recognition of the settlements as an integral part of the State of Israel.

Since the coalition already lost its Knesset majority last April, last night’s vote caught it in a downward spiral. With the current regulations expiring beginning of July, the status of Israeli law in the West Bank could be in chaos.

Justice Minister Gideon Saar decided to test the coalition by announcing just a few days ago that there will be serious implications if all of its members refuse to vote for the bill. Despite his warnings that “it’s impossible to run a country like this” and “any member of the government who does not support the bill is taking active steps to dismantle the coalition,” in the end, critical members voted against it anyway.

It should be noted that Saar was not just addressing the coalition at the time. He also applied pressure to the right-wing opposition, accusing them of abandoning national interests and the settlements themselves. Yet even that was not enough. The leaders of the opposition announced that they would not be the ones to rescue the coalition from falling. On the contrary, they will work as hard as they can to topple it.

And so, Knesset member Mazen Ghnaim of Ra’am voted against extending the regulations, with Knesset member Ghaida Rinawie Zoabi following his lead. To make matters worse, three other Knesset members from Ra’am, led by party leader Mansour Abbas, absented themselves from the plenum at the time of the vote.

The failure of passing the law was both a failure for the government and for Saar personally. So what will he do now? Will he initiate steps to dissolve the Knesset, or will he give the coalition yet another chance to pass the legislation?

Judging by statements he made last weekend, the possibility of Saar joining forces with the Likud in the current Knesset and participating in a coalition led by former Prime Minister Benjamin Netanyahu seems to be unlikely.

That being said, Saar is faced with a cruel choice.

If the coalition does fall apart, Saar will be accused of handing down its death sentence. More so, according to the coalition agreement, if the government is brought down by a party from the right, Foreign Minister Yair Lapid takes over as prime minister in the interim until a new government can be formed after an election. Will Saar, who is aligned with the right ideologically, be willing to elevate Lapid to that position?

On the other hand, Saar is quickly losing patience with the coalition. His associates say he too is convinced that it has reached the end of the road. That is why he was so disappointed when he left the Knesset last night. He anticipated that all the pressure he applied would have favorable results, only to see his expectations come crashing down.

Meanwhile, the coalition has been licking its wounds after yet another failure last night. It was unable to win approval for Knesset member Matan Kahana of Yamina as Minister of Religious Affairs. This fiasco was just as humiliating, if not more. Knesset member Idit Silman of Yamina voted against the appointment.

It was Silman who first began the collapse of the coalition last April when she resigned unexpectedly from her position as coalition chair. Since then, she has been compared to a ticking time bomb in the heart of the coalition for cooperating fully with the Likud. They reciprocated last night with hugs and high praise for her after she stymied Kahana’s appointment.

Knesset sessions are broadcast live on a dedicated television channel as well as on digital platforms. This allows the public an opportunity to keep track of its elected officials without any editing or censorship. Many Israelis sat spellbound before their televisions and computers as they watched the drama unfold last night. It was the best show in town, even if it wasn’t a proud moment for the coalition.

Although the coalition lost two votes last night, it did not fall immediately. Still, what happened reveals the inherent difficulty of having an Arab party as the political partner of parties on the right. The opposition under Netanyahu has succeeded in expanding this crack over the last few weeks.

During this period, Bennett has been coping also with problems within his very own circle of associates. On June 5, the fourth senior member of his office resigned in just a month. The latest casualty was his loyal spokesperson, Matan Sidi, who has been with Bennett for years. The most important ministry in the country is now in tatters, and the reasons behind that are grim. There are growing interpersonal feuds between its senior officials. Many of them have lost trust in Bennett.

The wave of resignations in the Prime Minister’s Office reflects the terminal situation of the government as a whole. The coalition itself is having a hard time getting across an optimistic message that it is all business as usual.

After last night’s defeat, Foreign Minister Lapid tweeted: “As always, we will come back stronger after this loss and win the next round.” But Lapid is also in a very delicate position. True, there is a reasonable chance that he will soon be entering the Prime Minister’s Office. Still, if this happens, he is clearly in for an even rougher political period than now. He would be heading a transition government, as the country heads toward tumultuous and difficult elections. He will be running against former Prime Minister Benjamin Netanyahu.

This scenario was deemed unlikely just a year ago. The working assumption of the coalition’s leaders was that Netanyahu would drop out of politics entirely, either as part of a plea deal in his trial or after being deposed by his party. But, like a phoenix, the former prime minister is planning to soar yet again, this time under favorable conditions. He is skyrocketing in the polls, he won a number of strategic victories in his trial and the right-wing, ultra-Orthodox bloc remains solidly behind him.

In contrast, the coalition has lost its majority and is contending with a series of parliamentary failures. It has struggled to pass critical legislation or deal with a worsening housing crisis. The “Anyone but Netanyahu” strategy, which proved effective until now, is starting to wear thin, with a coalition that has failed to unite the people behind it. Even the best image consultants and the support of the mainstream media cannot conceal the reality. The coalition has run out of oxygen. It would be hard to blame that on Netanyahu alone.