With new elections on the horizon, former Prime Minister Benjamin Netanyahu and Alternate Prime Minister Yair Lapid prepare themselves for the ultimate fight. 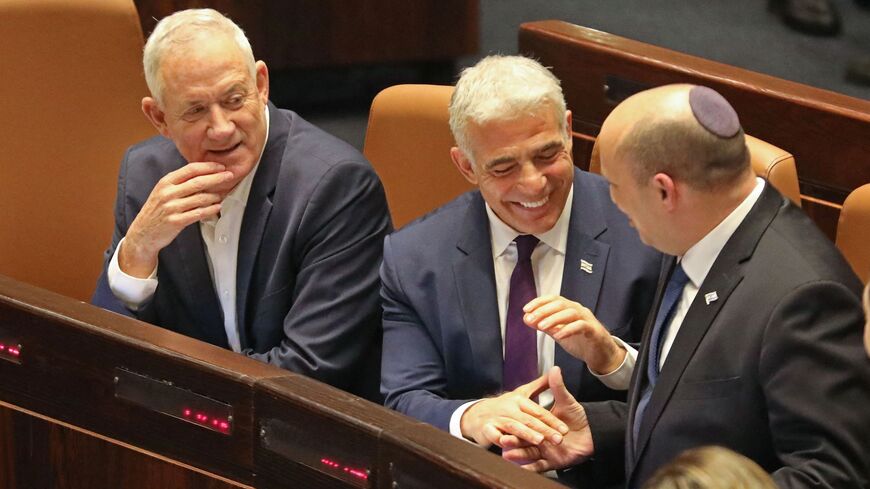 The Knesset approved a preliminary vote dissolving the parliament today. Thus, if all goes as the coalition plans, Foreign Minister Yair Lapid will take over soon as prime minister. As part of the coalition/rotation agreement with incumbent Prime Minister Naftali Bennett, if the Knesset is dissolved and early elections are announced, Lapid automatically becomes prime minister. He doesn’t even need to be sworn in, since he was already sworn in as alternative prime minister.

Israeli politics has been subjected to a barrage of inconceivable events in the last three years, and this last move of dissolving the Knesset is certainly one of them. Up until June 20, Lapid and current Prime Minister Naftali Bennett stated publicly that they were struggling to preserve their coalition, even after it lost its majority. Then, just a few hours later, the two men appeared again before the cameras to drop their bombshell.

Now it appears that the Knesset will be dissolved within a week, and Israel will have yet another election, most likely in late October. Lapid will start serving as premier immediately after the Knesset is officially dissolved, throughout the transition period. Lapid’s personal security detail was increased as of June 20.

And so, one decade after he first entered politics, Lapid, 58, will fulfill his dream of becoming prime minister. He didn’t take the high road there, and he will have no real power. According to law and precedent, a transition government must show restraint. Nevertheless, he will have the title he long coveted for the next few months, and with it he will try to win the next election.

Lapid certainly can be pleased. For the past few years, he has managed to overcome numerous political challenges and shake-ups. He showed stamina and impressive political skills, much like his opponent in the upcoming election, opposition head Benjamin Netanyahu.

No one questions Netanyahu’s talent as a political wizard, who continues to cast his long shadow on all the other players in the arena, even after he lost the election and his job just over a year ago.

Bennett is considered a lame duck. In fact, it is not at all certain if he will run in the next election. Meanwhile, Lapid has established himself as leader of the center-left, just as Netanyahu is leader of the rightwing-ultra-Orthodox bloc. Lapid’s campaign will feature him as leader of the secular, liberal, politically moderate camp. He likes to call it “the camp of the sane.”

Lapid will evidently depict Netanyahu as the antithesis of all these values, focusing on his charges for bribery and fraud.

In much the same way, Netanyahu will attempt to portray Lapid as the antithesis of everything he stands for. He will describe him as an inexperienced puppet of the Biden administration, who knows nothing about security matters. He will complain that Lapid persecutes the ultra-Orthodox and the right.

Both men are engaged in a game of identity politics. Instead of focusing on political ideas, they depict the duel between them as a battle between different identities and different values. And they play it well, too. They both were able to use that strategy to consolidate their electorate.

Lapid will also be head of the “anyone-but-Netanyahu” camp in the next election. It is a camp that includes rightwing elements too, including the head of the New Hope party, Justice Minister Gideon Saar, and the head of Yisrael Beitenu, Finance Minister Avigdor Liberman. Both men announced that they will not sit in a coalition headed by Netanyahu after the upcoming election.

Saar and Liberman even spent the last few days trying to get their “Defendant’s Law” passed by the Knesset, which would prevent Netanyahu from forming the next government. While the law has only a very slim chance of passing now, it could become a campaign issue promoted by Lapid’s camp.

Furthermore, as prime minister, Lapid will head the second-largest party in the Knesset, with polls giving it around 20 seats in the next election. Although this is significantly less than Netanyahu’s Likud, which is predicted to win around 35 seats, Lapid still wields more power than all the other parties in the anti-Netanyahu bloc — particularly Bennett, who struggled to run the country when his party had just six seats.

When he served as premier, Netanyahu attacked Lapid as an uneducated politician with no real leadership skills and mocked Lapid’s skimpy military service. In contrast, Netanyahu presented himself as an international statesman and “Mr. Security.”

But now their roles will be reversed. Netanyahu is head of the opposition, while Lapid will become prime minister, with all that this implies. He will be traveling in a secure convoy, and is likely to move into the prime minister’s official residence on Balfour Street in Jerusalem. He will also host President Joe Biden next month during his visit to Israel. Photos of this will be worth their weight in gold to Lapid’s election campaign.

It is quite likely that Netanyahu will use his position as leader of the opposition to arrange a meeting with Biden, to also enjoy some of the international limelight.

Over the last few weeks, Netanyahu prepared himself for early elections, in the expectation that the government would fall. His greatest challenge now is to center himself and show himself as a mainstream representative of Israelis, even if it means distancing himself from his far-right flank, which he relies on so heavily.

This seems to be the only way he could break through the 61-seat barrier and return to the Prime Minister’s Office. The polls show that Netanyahu is very close, but still unable to achieve it, just like in the last four elections.

The problem is that in these efforts, Netanyahu will be facing a campaigner who is equally effective. Lapid will present Netanyahu as head of an unenlightened or intolerant electorate. To prove his point, Lapid will bring up Netanyahu’s partnership with Itamar Ben Gvir of the extremist Otzma Yehudit [Jewish Power] party.

Ben Gvir first achieved notoriety in 1995, right before Prime Minister Yitzhak Rabin’s assassination, when he appeared before cameras boasting that he had swiped the logo off the prime minister’s official vehicle. Ben Gvir is a red flag for many in the moderate right as well. Netanyahu, in turn, will point to Lapid’s partnership with the Arab Ra’am party and with Knesset members who reject the Zionist enterprise. These are the kind of red flags that evoke the ire of right-wing voters.

This will be a fascinating battle between two of Israel’s best campaigners. Both of them are surrounded by American consultants and advisers, who will be with them throughout the campaign. In his corner, Lapid has veteran American consultant and pollster Mark Mellman, while Netanyahu can count on John McLaughlin, consultant to key Republican politicians,  with whom Netanyahu has worked for a very long time.