Unlike opposition head Benjamin Netanyahu, Prime Minister Yair Lapid has failed to unite his camp ahead of the November elections. 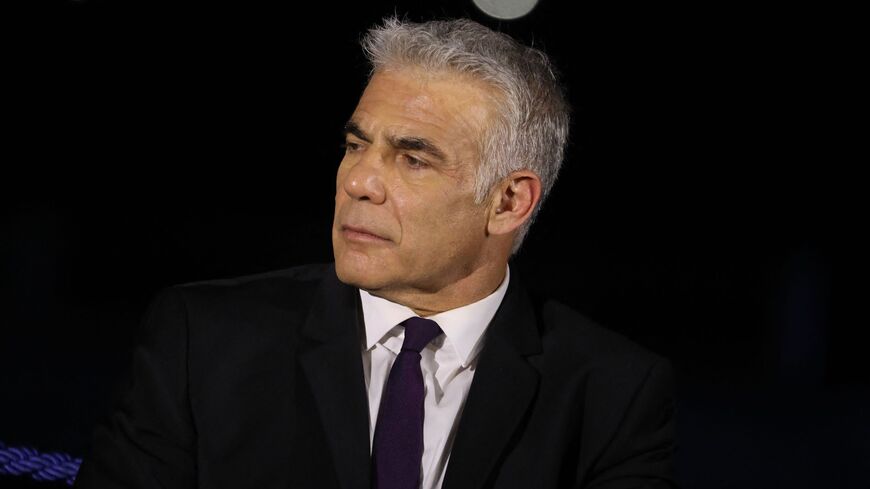 The Israeli political system has been in turmoil for the last week, ahead of the Sept. 15 deadline for parties to submit their list of candidates for the upcoming general elections. Reports on parties merging and splitting have been monopolizing the headlines.

Everyone has been watching to see if the two parties on the Zionist left — Labor and Meretz — decide to run together. Prime Minister Yair Lapid has been doing everything in his power to get the two parties to unite.

Last night the drama emerged from the Arab parties.

In its heyday, the Joint List, a coalition of four parties, won a total of 15 seats. Then it started to disintegrate. The first to leave was Mansour Abbas and his Ra’am party, which withdrew from the Joint List right before the March 2021 election. It looked like the remaining three parties would continue to run together, but yesterday, Balad withdrew from the agreement it had signed.

It was a devastating blow just hours before the deadline for the parties to submit their lists of candidates. Only two parties, Hadash and Ta’al, remained in the once-powerful bloc. They will continue to run together, while Ta’al will run independently, with no assurance that it will pass the electoral threshold. Ra’am has already announced it plans to run separately, too.

As the deadline approached, the various factions opposed to Netanyahu feuded. The Arab parties had split up, as did the parties on the left. The Labor Party led by Merav Michaeli and Meretz, headed by Zehava Gal-On, failed to reach an agreement to run together, as Lapid had hoped.

Yesterday, it became apparent that not only was Lapid unable to unite the left, but he had another problem to deal with. The possibility that Balad will not pass the electoral threshold significantly increases the chances of former Prime Minister Benjamin Netanyahu winning the 61 seats he needs to form a rightwing-ultra-Orthodox coalition. He has managed to unite all the parties in the rightwing-ultra-Orthodox bloc under his leadership. In addition to his own Likud, his bloc has two ultra-Orthodox parties, Shas and United Torah Judaism, as well as Religious Zionism.

Meanwhile in the opposing bloc, there is no widely accepted leader and the divisions are increasing. Lapid and Defense Minister Benny Gantz are competing to be the bloc’s candidate to form a new government, and there is concern that at least one of the parties will fail to pass the electoral threshold and bring the whole bloc down.

As of now, five parties are teetering on the electoral threshold: Labor, Meretz, Yisrael Beitenu, Balad and Ra’am. Polls have each of them winning just four to five seats, and also predict that voter turnout in the Arab sector will be low. Arab-Israeli society is largely indifferent to this election after the current batch of elected representatives failed to advance the community’s major issues even though an Arab party was a member of the ruling coalition.

Nevertheless, some see the new situation as advantageous to the center-left. Balad rejected any cooperation with the government on ideological grounds, claiming that it violated the party's belief in a state of all its citizens. It does, however, grant Hadash and Ta’al greater flexibility in its dealings with the government. Politics can be deceitful. Maybe this is Lapid’s big chance to cooperate with Joint List leaders Ayman Odeh and Ahmad Tibi in exchange for their support in forming a coalition.

The breakup of the Joint List has solidified the race. A total of 40 parties will run, but as most of them have no chance of passing the electoral threshold, they are seen as little more than gimmicks.

There are now four stable parties, and the voting will be close. Interior Minister Ayelet Shaked insists on running as leader of the right-wing Jewish Home party, but polls indicate that she will not win over any voters from the Netanyahu camp and her party is far from passing the electoral threshold. The current assessment is that if she fails to recover, she will withdraw from the race in the days leading up to the election.

Netanyahu can now campaign within his own bloc to win over voters from Religious Zionism, which is expected to win at least 10 seats and will still pass the threshold even if Netanyahu poaches some of its electorate.

In contrast, the internal battles within Lapid’s bloc will surely be harsh. The Arab parties will be competing with each other for the same electorate. Meretz and Labor are also competing for votes from the left, while Lapid’s Yesh Atid, the largest party after the Likud, is competing for the Russian-Israeli vote with Finance Minister Avigdor Liberman's Yisrael Beitenu and Defense Minister Gantz’s National Unity party. The possibility of this bloc running a coordinated campaign against Netanyahu, as they did in the previous elections, is slim.

Furthermore, the anti-Netanyahu camp cannot agree on their candidate to put together a new government. Lapid has the support ofhis own party and probably Meretz, but it is not at all certain that he can count on the Labor Party. As for the National Unity party, it is certain to recommend its leader, Gantz.

Among the Arab parties, Ra’am is expected to recommend either Lapid or Gantz, while Hadash and Ta’al still have no plans to recommend anyone. They say that they will examine the situation only after the election and then decide on their candidate. Should Balad pass the electoral threshold, it will not recommend anyone.

On the eve of the 2022 election, not much is left of the so-called “coalition of change” established by Naftali Bennett, Lapid and Gantz. So many of its members, including several ministers and Bennett himself, have dropped out of politics that instead of presenting a united front, the opposite has happened.