Recent polls show growing electoral support for Prime Minister Yair Lapid, even though parties within the center-left camp might chose to back his rival Defense Minister Benny Gantz. 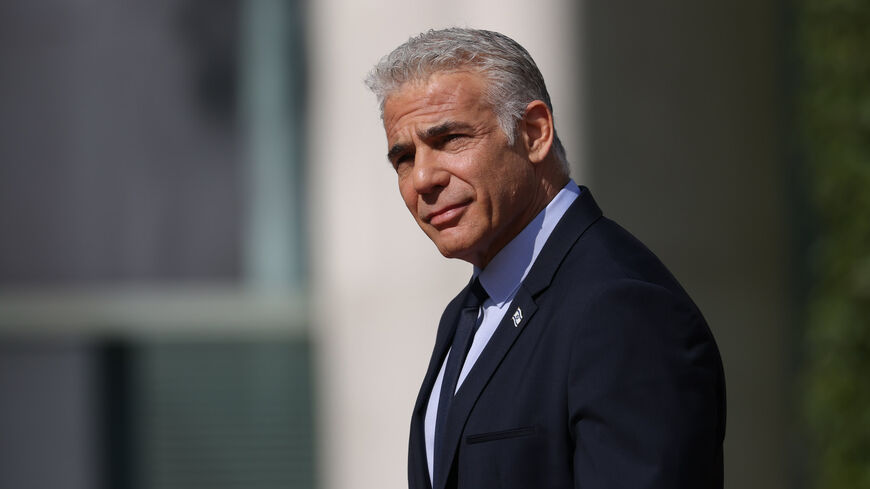 Israeli Prime Minister Yair Lapid broke his personal records in the polls over the last few weeks. He was able to reduce the gap between him and opposition leader Benjamin Netanyahu, who suffered a slight decline in support. A few of the polls give Lapid as many as 25 seats.

Nevertheless, despite this impressive achievement, Lapid is facing a challenge to his leadership from within his own center-left camp, while Netanyahu is the only candidate of the right-wing ultra-Orthodox bloc. In contrast, Lapid has a competitor.

Defense Minister Benny Gantz, who heads the National Unity party, has declared himself a candidate for the job of prime minister, even if the polls predict that he will win just 12-14 seats.

What this means is that Lapid and Gantz are political rivals in every way in the current election. Furthermore, it is likely that after the election, the National Unity party will recommend Gantz to the president as the candidate best able to form a new government.

Former Chief of Staff Gadi Eizenkot was courted by Lapid, who offered him the No. 2 spot in his party. Nevertheless, he chose to join Gantz. In interviews last weekend, he explained why. As he put it, Lapid made him a very generous offer, “much more than the offer Gantz made,” but said, “I did not make my decision based on what will help me more. The question I asked myself was: How can I serve the country best? Upon analyzing the political reality and consulting frequently with people I respect, I made the decision to join the Blue and White-New Hope party and to promote the idea of the National Unity party. I decided that Benny Gantz has a better chance of forming a government.”

This is the kind of statement that weakens Lapid within his center-left bloc. Similarly, Justice Minister Gideon Saar, who holds the No. 2 slot in the National Unity party, says in every interview that Gantz is their candidate for prime minister. In other words, they will recommend to the president that Gantz and not Lapid be asked to form a new government.

In the Israeli system, the president usually gives the task of forming a government to the candidate with the greatest number of Knesset members recommending him. According to the polls, Netanyahu has 58 Knesset members who are sure to recommend him. It will be difficult for Lapid to close the gap, since his bloc includes Arab Knesset members, who have announced that they do not plan to recommend any candidate.

But even that is not the end of Lapid’s troubles. The Labor party has also avoided stating that they will recommend him. To make matters worse, Lapid and the head of the Labor party, Minister of Transportation Merav Michaeli, have been attacking each other in the media over the last few days.

Lapid has been using his ministers and advisers to pressure Michaeli to merge her party with Meretz, its sister party on the left. He argues that having them run separately puts the center-left bloc at risk, since one of the two parties might not pass the electoral threshold. If that happens, they would be handing Netanyahu an election victory.

Michaeli accuses Lapid that his campaign for the two parties to unite actually harms her and her party. She even goes so far as to say that he is boosting himself at her expense. According to her, “The Labor party has proved itself above and beyond in the coalition. When we are no longer busy with the harmful and unnecessary campaign, we will ask the voters for their trust. I am confident that we will receive a lot of support, because the Labor party is the only party fighting for its truth.”

When asked if they would recommend Gantz or Lapid as prime minister, Knesset members from Michaeli’s party have refused to answer over the last few days.

Then there is the Arab Joint List. Its Knesset members have announced that they will not support any candidate for prime minister.

Over the last few days, the Arab parties apart from Ra’am signed an agreement to run together as “the Joint List” for the 25th Knesset, and that the head of the list would be Knesset member Ayman Odeh. They also decided that they would not be recommending Gantz or Lapid for prime minister.

Given all of this, Lapid will have a tough time after the election finding a significant number of Knesset members to recommend him to form the next government, when asked by the president.

It is not yet clear what the head of Yisrael Beitenu, Finance Minister Avigdor Liberman, will do. Although he was once close to Lapid, their relationship has chilled somewhat over the last few months. Liberman, who is known for his surprising moves, could decide to get back at Lapid by recommending Gantz.

At this stage, the only people who are willing to declare that they will recommend Lapid are the members of the Meretz faction in the Knesset. They argue that since Lapid is expected to be head of the biggest party in the bloc, it is only right that they recommend him.

It should also be noted that unlike Labor party leader Michaeli, the head of Meretz Zehava Gal-On has replied to Lapid’s request, saying that she is willing to merge her party with the Labor party. Lapid himself met with Gal-On and Michaeli just a few days ago in another attempt to get the two parties to consolidate their forces. Nothing came of this meeting, and Michaeli still insists on running separately.

A senior figure in the National Unity party campaign told Al-Monitor that this is Gantz’s big chance to be prime minister, even if Lapid wins more seats than him. He said that if Netanyahu does not have 61 seats, Gantz could make a deal with the ultra-Orthodox parties, something Lapid would have a hard time doing.

Anyone examining the emerging breakdown of seats and interests will conclude that the first person asked to form a government will be Netanyahu, even if he fails to win 61 seats. It looks like he will have the most people recommending him. Only if he fails to form a government will the president give the task to someone else: either Lapid or Gantz.

Lapid’s challenge of consolidating his bloc around him will keep him busy even after the election. So far, he has failed to do this, with a deleterious impact on his leadership. The very fact that not all the parties in his bloc are prepared to accept his seniority as head of the largest party is, in itself, a failure. Ostensibly, he could have boosted his stature as leader of the center-left bloc and united the leaders of the other parties in support of him from his position as prime minister. So far, however, he has failed to do this.