Arab Joint List Knesset members are in an excellent mood: They believe that grassroots campaigning could garner them 15 seats in the upcoming March elections. 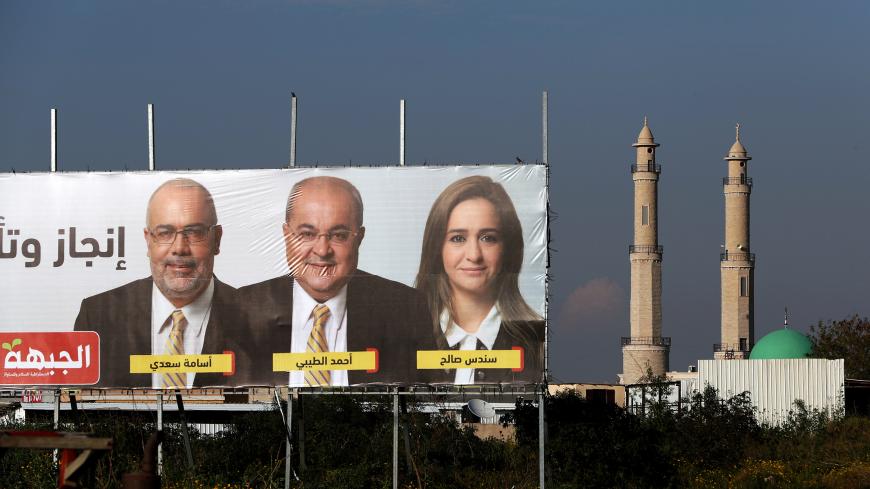 Of all the political parties being dragged against their will to a third round of Israeli elections, only the Arab Joint List is rubbing its hands in anticipation, perhaps not with displays of glee, but at least with great satisfaction. The Joint List, an alliance of four Arab parties, garnered 13 of 120 Knesset seats in the September elections. Ahead of the March 2020 voting, it is gearing up for an even bigger showing.

A short reminder: The alliance was formed in 2015 after Yisrael Beitenu leader Avigdor Liberman sponsored legislation raising the electoral threshold to 3.25% in a bid to exclude Arab parties from the legislature. Liberman, who over the past year has become the “kingmaker” of Israeli politics, portraying himself as the only responsible adult in the current political chaos, has for years based the identity of his Yisrael Beitenu party on hatred of the state’s Arab citizens, in general, and of their elected representatives, in particular. In hindsight, he definitely deserves the title of “founder of the Arab Joint List.”

With the raising of the electoral threshold, not only did the Arab parties not disappear from the political map, they joined forces to become the third-largest Knesset faction and a political bloc that can no longer be ignored. It happened first in the 2015 elections for the 20th Knesset, when the Hadash, Balad, Ra’am and Ta’al parties, which together had 11 Knesset seats, united and ran together on one ticket, garnering 13 seats. Ahead of the April 2019 elections for the 21st Knesset, internal squabbles led to its dismantling. Hadash and Ta’al reached understandings at the last minute and ran together, as did Ra’am and Balad, which realized that in order to cross the bar they had to join forces despite their tremendous ideological disparity. The Hadash-Ta’al list won six seats but Ra’am-Balad barely won the four seats required to get into the Knesset. In other words, together they barely got 10 seats and lost three of their 2015 seats.

Luckily for the Arab lawmakers, Prime Minister Benjamin Netanyahu gave them another chance. Attentive to the harsh criticism of their voters, who punished them for dismantling by staying home, the four parties settled their differences and reunited. On their way to the ballot box in September, they benefitted from significant “help” from Netanyahu, who kept up his incitement against them with unfounded accusations that they had “stolen” the April elections and with a failed attempt to deploy cameras at polling stations in Arab communities. Masses of angry Arab voters rushed to the ballot boxes in September and restored the Joint List to its position as the third-largest Knesset faction.

The concerted and intense efforts by Liberman and Netanyahu, together and separately, to undermine the Arab citizens’ parliamentary representation were truly impressive. However, they yielded the opposite results and helped the Joint List get to where it is today. Now that the alliance has ensured its survival, the time has come to move from the defense to the offense and boost its strength.

The lawmakers who voted the 22nd Knesset out of office at midnight on Dec. 11 drove home in a thoughtful mood, some likely reflecting on their political fate. Not so the Knesset members of the Joint List who posed for a group photo in the empty Knesset plenum, smiling and holding up a sign that said “#15.” “We have disbanded the Knesset ahead of the next achievement: 15 seats for the Joint List,” tweeted Ta’al party leader Ahmad Tibi. The Joint List representatives believe that the goal is within reach now that it has proven to voters that they played a significant role in Netanyahu’s failure to form a radical right-wing government, which would certainly have continued its incitement and exclusion campaign against the 21% Arab minority.

Speaking to the Arabic-language Nazareth-based Al-Shams radio station, Hadash Chair Ayman Odeh said, “Our contribution to his failure [of Netanyahu] to form a government was highly significant in the September elections, and there is no doubt our influence will grow if more of us vote.” Odeh and Tibi believe that with intensive campaigning in the months leading up to the March 2 elections, they can achieve a turnout similar to the Jewish one.

The Joint List has yet to reveal details of its upcoming campaign, parts of which are ready given that the advent of third elections did not catch anyone by surprise. But two fundamental underpinnings are clear. One is to unseat the Netanyahu regime, or as some Hadash activists are saying with a hint of a smile, “to kick Netanyahu to Kingdom Come.”

The other goal is to undermine the radical right’s prospects of crossing the four-seat electoral threshold. A high Arab voter turnout will raise the bar and increase the number of votes required to pass the threshold. In September, this amounted to some 144,000 votes. If the Arab turnout increases, the alliance of right-wing parties — or as the Arab lawmakers dub it the “settlers’ party” — will have a harder time surviving. According to some recent polls, neither the right-wing alliance nor the extremist Otzma Yehudit party have sufficient support to get into the Knesset. Such an outcome could pave the way for Blue and White leader Benny Gantz to defeat Netanyahu and his Likud party — unless Netanyahu’s Likud nemesis Gideon Saar beats him in the Likud leadership primaries on Dec. 26.

Unfortunately for the Arab lawmakers and their voters, they will not be able to exact revenge on Liberman for trying to bury them. Polls predict that his Yisrael Beitenu party will pass the Knesset-entry threshold easily. However, even prospects of annihilating the radical right parties, including provocative Transportation Minister Bezalel Smotrich, would be a sufficiently worthy goal to send Joint List voters to the polling stations in droves. The Joint List will send out emissaries starting this week who will go door to door in an effort to convince indifferent constituents to give up their perch on the fence and come out to vote.

Our strategy, one key Hadash activist told Al-Monitor on condition of anonymity, is to paint a clear picture for Arab voters and tell them, “Look, we have succeeded, give us the power to achieve greater success. Anyone who chooses to remain at home, should be placed under peer pressure and shamed into going to vote.” The message is not only to kick out Netanyahu, it is also to make the entire political right sweat in fear as Arabs swarm to the ballot boxes, the source said.