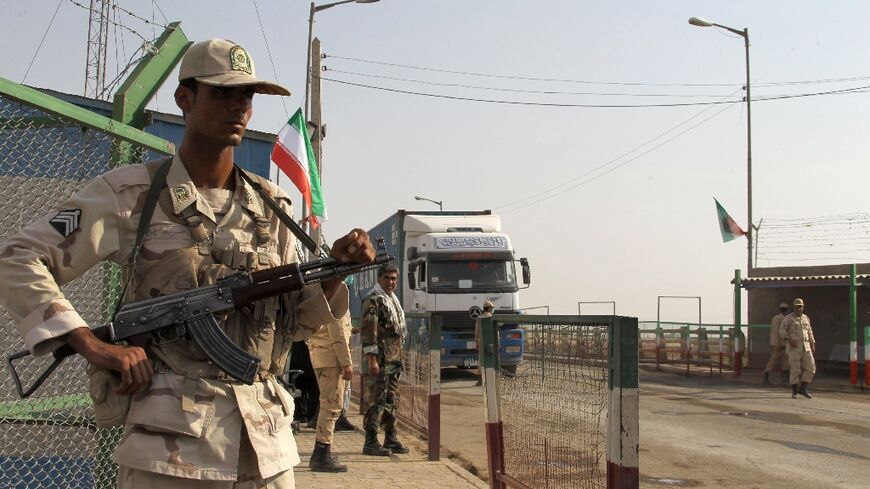 An Iranian border guard was killed in an "incident" in the country's southeast at a border crossing with Afghanistan, Iran's foreign ministry said Wednesday.

"The dimensions of this unfortunate incident in the Milak border area, which led to the martyrdom of the dear border guard of the Islamic Republic of Iran, are being investigated by the authorities and will be announced as soon as the issue is clarified," ministry spokesman Nasser Kanani said.

He expressed condolences to the family of Mohammad Sayyad who was killed at Milak crossing in Sistan-Baluchestan province.

Afghan officials told AFP there had been no clashes between Iranian and Afghan forces near the border.

"Officials in Afghanistan's caretaker government are expected to take serious action to clarify the dimensions of the issue, punish the perpetrators and take the necessary measures to prevent similar incidents," Kanani added.

Iran, like many other nations, has so far not recognised the new government formed by the Taliban after it took power amid a hasty withdrawal by US-led foreign forces in August.

While Iran insists that the Taliban form an inclusive administration, the Islamist movement has formed an all-male cabinet made up entirely of members of the group, and almost exclusively of ethnic Pashtuns.

In January, demonstrators in Sistan-Baluchestan rallied at a border crossing for a protest over water from the Helmand River.

Last year, then Afghan president Ashraf Ghani inaugurated Kamal Khan Dam on the river, announcing that Afghanistan would no longer supply "extra" water to Iran for free but instead exchange it for oil.

Iran has hosted millions of Afghan refugees for decades, but fresh waves have flooded the country since the Taliban's return to power.

The two nations have the Persian language in common -- known as Farsi in Iran and Dari in Afghanistan -- but a majority of Afghans are Sunni Muslims compared to their mostly Shiite neighbours.

Iran has long had testy relations with the Taliban, who raided Tehran's consulate in the northern Afghan city of Mazar-i-Sharif in 1998 killing 10 diplomats and a journalist.