Across Africa, remittances-fueled economic development stands as an unrivaled alternative to the throes of unemployment and political instability. 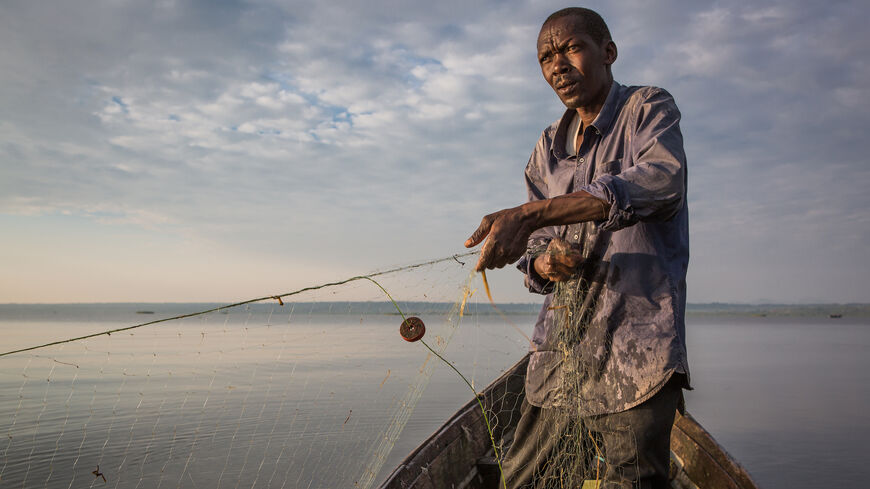 “I like Abu Dhabi as much as I love Sudan. I always jokingly say Abu Dhabi is my father and Sudan my mother!” exclaimed Yousif Alhaj Ali.

Aged 56, he worked for 37 years as a plumbing supervisor in Abu Dhabi. Now, Ali expresses “indescribable gratitude” to the UAE in the clothing shop he opened in his native village of Tanoob, stocked with colorful shoes and children's clothing imported from the Emirati capital.

Ali is not alone in describing emotional ties with Abu Dhabi. Since the 1990s, remittances sent from the UAE have provided a lifeline to Tannoob. Omar al-Bashir, who ruled Sudan with an iron fist for 30 years until 2019, cut off public funding for the village, and “migrating to the Gulf was the only way,” summarized Yousif Khair Allah Alsamani, a local leader.

Remittances had to be sent through informal channels, though. The U.S. added Sudan to its list of state sponsors of terrorism in 1993, because Sudan hosted Osama bin Laden in Khartoum in the 1990s. That cut Africa's third-largest country off from the global banking system until 2020.

Following the fall of Bashir, villagers in Tanoob, more than 10% of whom work in the Gulf region, have taken up the challenge of paving the 15-kilometer muddy path that connects the hamlet to the outside world. Alsamani, 49, told Al-Monitor that Gulf remittances funded the unfinished project, which has already cost 50 million Sudanese pounds ($110,000). 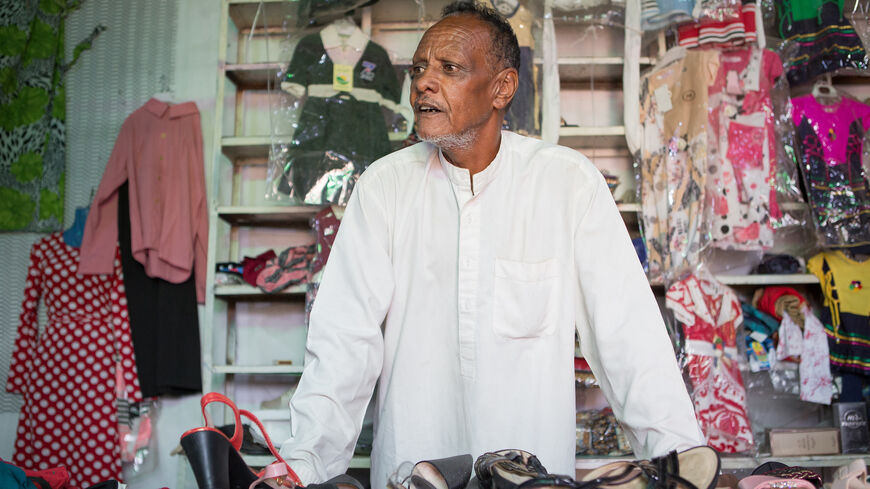 Portrait of Yousif Alhaj Ali, 56. After 37 years working as a plumbing supervisor for Abu Dhabi Municipality, he ​​opened a clothing shop in his native village, Tannoob.

A paved road would help local farmers ship soybeans, wheat and corn to Sudan’s capital Khartoum, but it would also improve public health. Heavy rain used to turn the muddy path into an impassable swamp, and several women died in labor while waiting for medical help.

In the six Gulf Cooperation Council (GCC) countries, where roughly 30 million migrant workers live, most economic sectors would come to a complete standstill without the skills of foreign laborers.

The attractiveness of jobs in the Gulf has increased among Tannoob’s youth as inflation skyrocketed to 359% in 2021. “I want to leave. Anywhere else is better than Sudan,” said Ahmed Mostafa, 26. "The revolution has pros and cons; the economic collapse is one of the downsides. Things were not that bad before."

Some young people have found an alternative pathway to the Gulf opportunity. “The new plan for youth is to go to Europe, stay long enough to collect a passport there and go to the Gulf,” explained Altayeb Alsamani, 59. "Arabians believe Western passport holders deserve to be paid more than Africans. So we play the passport game.

Human rights organizations have criticized the Gulf labor markets’ racial pay gap. In Qatar, “many people’s enjoyment of human rights is greatly affected by their national origin and nationality,”  concluded the United Nations’ special rapporteur following a visit in 2019.

Most low and middle-income migrant workers leave their families behind because their living conditions do not suit family life — 60% of Qatar’s population lived in a labor camp as of 2019 — or because the cost of raising a family in the Gulf is beyond their means.

“My husband migrated to Dubai in 1998 and has returned home for a holiday every two years since then. I stayed in Sudan so we could lower expenditures and build our own home, but it was hard; I had to be the mother and the dad at the same time,” said Awatif Mohamed Saeed, 57, proudly seated alone in her living room, decorated with chic furniture.

But the mother of two must cope with an emotionless long-distance marital life. “I will keep myself busy, so I do not think about what we miss.” 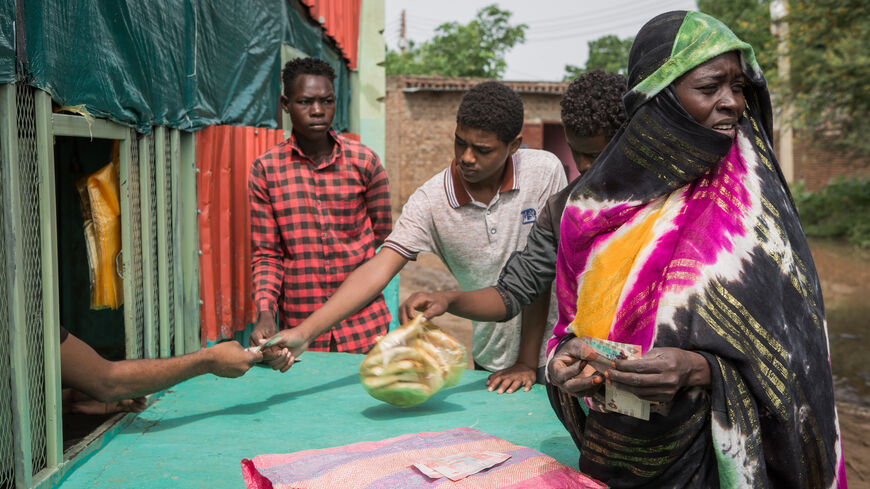 Since the 1990s, remittances sent from the UAE and the wider Gulf region have provided a lifeline to Tannoob including to build houses and pay daily expenditures, as most villagers opposed ousted dictator Omar al-Bashir who ruled Sudan for 30 years until 2019.

However, Abd Alhafiz Ahmed Almahi, 55, refused to migrate. "Families should be together, especially when it comes to educating children," said the father of five. "There are kids who failed academically and behaviorally due to the absence of the father figure.”

Labor migration has brought more than hard currencies to Tannoob. It sparked a shift of mindset as the village mimics the UAE’s labor strategy: importing skills.

“What matters most to us right now is the inflow of money from abroad because, with cash in hand, we can import a bunch of skilled workers from other villages,” Alsamani said.

In Kenya, another prime supplier of African laborers to the Gulf, primarily security guards and housemaids, remittances are also vital for many households. Estimates vary wildly, but there are believed to be 100,000 to 300,000 Kenyans in the Gulf.

On the shores of Lake Victoria, unsustainable fishing practices and water pollution have decimated fish stocks in Africa's largest lake. Cash-strapped, disillusioned fishing communities have succumbed to migrant agents’ appealing offers for their daughters, who worked on shore during the golden age of the fishing industry, drying or selling fish.

Employed as domestic workers, typically on a two-year contract for $200 a month, these women provide an alternative source of revenue to the fishing communities. “Every time my kids completed high school, they had to drop out as I cannot afford university tuition fees," said Rehema Ali while preparing fish dishes for sale in the village of Dunga. "Those jobs in the Gulf have brought an alternative: our girls can work there for a few years and come back to resume their education.”

Milka Akinyi, 51, sells dry fish and said: “My daughter Theresa wants to enroll for a diploma in catering, but it costs 60,000 Kenyan shillings ($513); I cannot afford that much. So, she migrated to Riyadh in Saudi Arabia to earn money and will study when she returns home.”

From an economic standpoint, Akinyi said migrating to the Gulf is a “win-win situation.”