Egypt, which is hosting the COP27 climate summit in Sharm El-Sheikh in November, is seeking to attract more tourists by marketing eco-tourism. 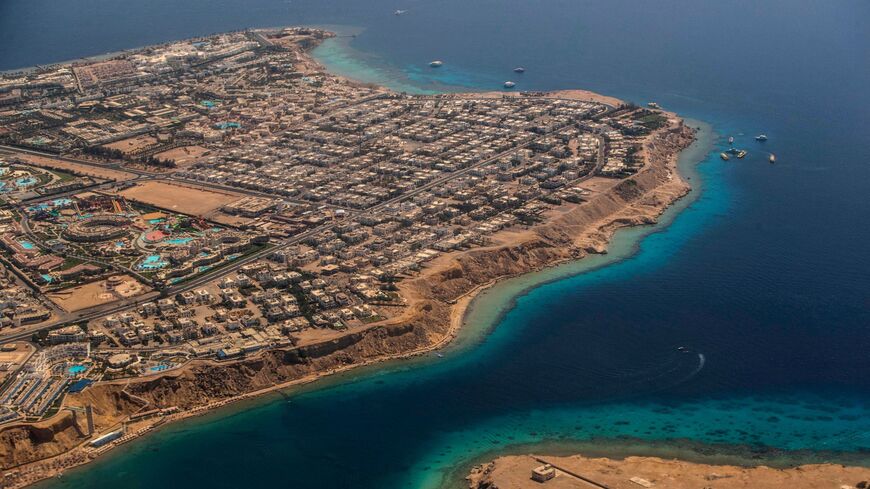 This picture taken on September 27, 2021 shows an aerial view of residential lots and luxury hotels in the Hadaba district of the Egyptian Red Sea resort city of Sharm el-Sheikh at the southern tip of the Sinai peninsula. - KHALED DESOUKI/AFP via Getty Images

“It was confirmed that Kharga is a green and eco-friendly city, " Fouad said, after an ad-hoc committee studied its air and water quality, natural resources and noise levels. She added, “The city is an ideal urban ecotourism model.”

Egypt’s Youm7 newspaper reported on June 8 that Kharga lacks industrial pollution "because there are no factories there other than date canning, in addition to the large share of green area per capita.” The report added that the city uses solar energy and natural gas, encourages agriculture, and is phasing out single-use plastic bags.

Kharga city is 232 km southwest of Assiut and is the capital of the New Valley Governorate. The city has many tourist and archaeological fundamentals, such as beautiful natural setting, hotels and tourist facilities built with special building materials, and urban agriculture on rooftops. The city, which stretches over 8.6 square kilometers, is inhabited by about 95,000 people, representing 39.6% of the governorate’s population.

The New Valley Governorate has opted for urban agriculture on rooftops to expand the cultivated area and increase green spaces, which helps lower temperatures and soften the atmosphere.

In conjunction with the Environment Ministry’s announcement, the first green school, al-Salam Primary School, was opened in the city on June 5. Its rooftop is cultivated, taking into account the use of eco-friendly practices, and the students are taught how to preserve the environment.

The Environment Ministry also announced on June 5 that a solar power plant will be built at in Kharga at an estimated cost of around 16.2 million Egyptian pounds and a capacity of 1.5 megawatts.

The example of Kharga will be shared at the United Nations Climate Change Conference 2022, scheduled to be held in Sharm el-Sheikh, in October.

Energy and environmental consultant and member of the World Energy Council Maher Aziz told Al-Monitor, “Selecting Kharga as first green Egyptian city is an important step to promote eco-tourism. … The sun is bright there, and the atmosphere is clear throughout the year. This is what earned the city international fame, especially among those who seek medical or therapeutic tourism" from the city's hot wells and sulfur springs.

The move should also help Egypt obtain funds and reach agreements for further environmental improvements, he said, and counter the public image of Egyptian cities as polluted. According to Forbes, Cairo tops the list of the 10 most polluted cities on earth, in terms of levels of pollution for air, light and noise.

Designating Sharm el-Sheikh as a green city should work, Aziz said, "given the absence of factories in the city and because the hotels and tourist facilities there can easily meet environmental standards."