Turkey’s targeting of veteran PKK cadres in Iraq has pushed the Kurdish guerrillas to collaborate with an unlikely partner, a new Pentagon report suggests. 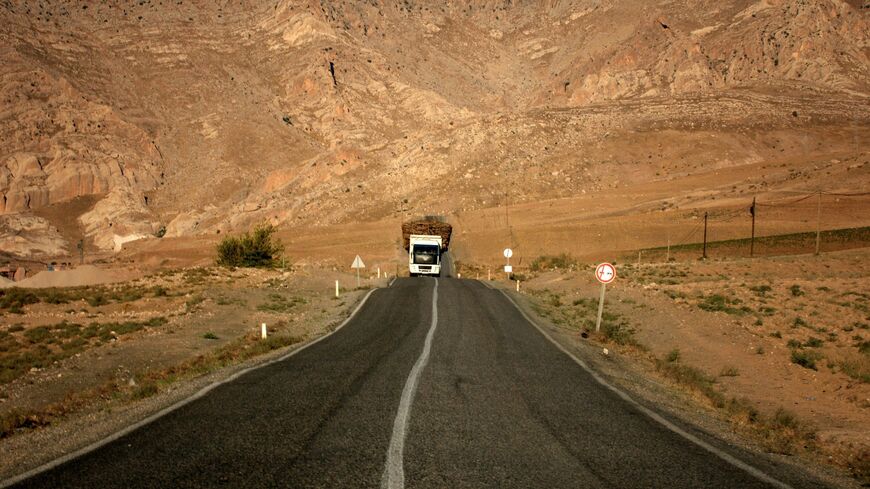 A truck drives on a road in the province of Sirnak, Nov. 10, 2007, near the Turkish-Iraqi border, south-eastern Turkey. - JEAN-PHILIPPE KSIAZEK/AFP via Getty Images

US military intelligence believes Iran-backed militias have been coordinating with Kurdish guerrillas to launch attacks on Turkey’s military presence in northern Iraq, according to a Pentagon inspector general report released today.

The militias are also behind a small but increasing number of rocket attacks on Turkish forces in both Iraq and Syria in recent months, according to the declassified report. Some of the strikes in Iraq were carried out “in cooperation with the PKK,” the US Defense Intelligence Agency (DIA) reported.

“Following Turkish airstrikes in February that targeted the PKK in northern Iraq, a new Iran-aligned militia group conducted a rocket attack against a Turkish expeditionary base north of Mosul,” the report read. The Turkish outpost near Zlikan, northeast of Mosul, has repeatedly come under rocket fire in the past year.

“The DIA assessed that the militias probably will continue to coordinate with the Kurdistan Workers’ Party (PKK), a US-designated foreign terrorist organization, in response to Turkish air and UAV strikes on PKK positions,” the report read.

Why it matters: Since the battlefield defeat of the Islamic State, Iran-backed militia groups in Iraq have typically focused their rocket and drone attacks on bases and diplomatic facilities used by the US in Iraq. They have also targeted political rivals and the Iraqi prime minister.

Such attacks have been less frequent in recent months, however. That may be due the militias' desire to avoid actions that could weaken the standing of their political affiliates amid the ongoing government formation following last year’s elections, according to the DIA's assessment.

Now, the unpopular expansion of Turkey’s military operations against the PKK in Iraq's Kurdistan region appears to be giving Iran-aligned groups space to carve out some new legitimacy.

“The militias probably calculate that their attacks against Turkey will deter Turkey from attacking the PKK in federal Iraq while enhancing their public image as defenders of Iraqi sovereignty,” the DIA reported.

The Pentagon’s assessment raises questions as to the extent to which cooperation between the Iran-backed militias and PKK-linked groups has spread beyond northwestern Iraq’s Sinjar region, where both Baghdad and Ankara have sought to dislodge militants affiliated with both factions.

“There does seem to be some significant militia-PKK cooperation going in the Sinjar area and potentially around Mosul too,” said Alex Almeida, the lead security analyst at Horizon Client Access.

“They’ve hit Zlikan with rocket barrages over six times so far this year, plus a drone attack last month on the Iraq-Turkey export pipeline infrastructure up near Fishkhabur,” Almieda told Al-Monitor, adding, “Usually the rockets are fired from the Shabak militia areas of the eastern Nineveh Plains, in federal Iraq.”

Almeida expressed skepticism that the militias’ motivations stretch beyond political posturing. Lobbing rockets at Turkish forces, he said, is a way for the militias to “boost their [Iraqi] nationalist credentials on the cheap."

The background: The PKK and Iran’s Islamic Revolutionary Guard Corps are ideologically distinct, but both battled against the Islamic State and in its wake have built broad networks of their own affiliated militias in Iraq and Syria which have resisted attempts by central governments to challenge their autonomy.

Last year, Iran’s ambassador to Iraq, former IRGC official Iraj Masjedi, triggered a diplomatic row when he admonished Ankara to withdraw its troops from Iraq, adding that Turkey had no justification to intervene in Sinjar. Just over a month later, a Turkish soldier was killed in a rocket attack at a base near Bashiqa.

With US support, Iraq has been fortifying its open desert border with Syria by installing cameras, watchtowers, concertina wire, and constructing sections of trench and concrete wall.