Iran’s Supreme Leader has encouraged officials to continue the work of increasing the birth rate, but that is a challenge even in economically prosperous countries. 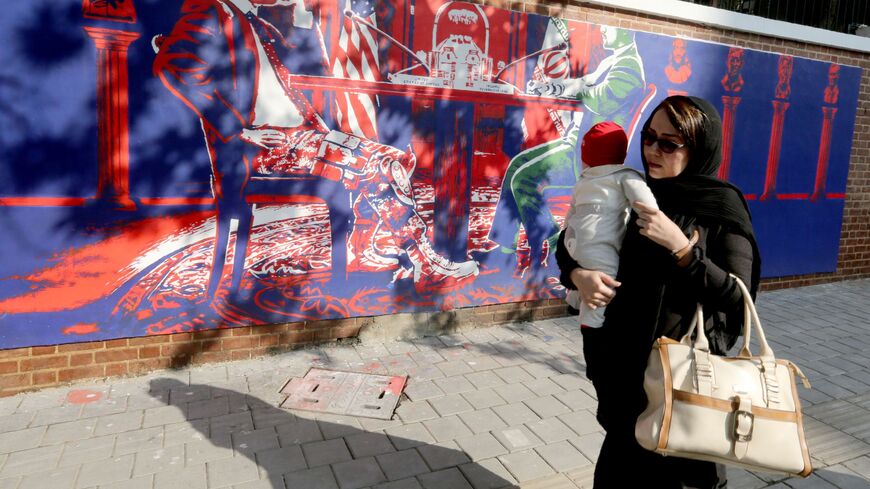 An Iranian woman holding a baby walks past a new mural painted on the walls of the former US embassy in the capital Tehran on Nov. 2, 2019.. - ATTA KENARE/AFP via Getty Images

In a message to the National Population Headquarters, Iran’s Supreme Leader Ayatollah Ali Khamenei warned about the dangers of a declining birth rate.

In the brief message, Khamenei thanked officials at the headquarters for working to rescue the country “from the terrifying future of an aging population.” Khamenei said that increasing the birth rate, having a younger population, and supporting families is “one of the most important duties of government officials.”

Khamenei said that the policies to increase the population “are vital for the country long term.” In addition to the their current plans, Khamenei stressed the importance of cultural endeavors to encourage population growth.

Iran’s current birth rates is below replacement level. According to the Statistical Center of Iran, the fertility rate is currently at 1.71 children per woman for the previous fiscal year. The replacement rate for a stable population is considered to be 2.1. In 2018, the fertility rate was 2.07. For perspective, in the 1980s the fertility rate was over 6. A declining birth rate can cause various problems for a country, specifically a shrinking workforce that must care for a larger, older population. The consequences can lead to smaller per capita income and have a dire economic impact.

Iran’s parliament has enacted legislation to help families, such as infertility treatment and services for working women.

Regardless of the plans, Iran is facing a number of economic challenges that makes having families and children difficult. One is housing. President Ebrahim Raisi said at the meeting for the Supreme Housing Council yesterday that officials must build at least a million homes a year. Raisi praised the Ministry of Roads and Urban Development but said that more needed to be done.

Reversing a declining birth rate is a challenge for any country. For a country like Iran, which has been living under crippling US sanctions, the challenge becomes even more difficult. Iran is currently in negotiations with Western countries to revive the 2015 nuclear deal that the US exited, but talks are stalled.

With no nuclear deal in sight, which would remove sanctions on financial transactions and the selling of oil, Iran’s inflation has once again skyrocketed. In order to address the government’s economic hardships, the administration has enacted a series of subsidy cuts on food items, which have led to protests.