Khamenei on Population Control: 'May God and History Forgive Us'

Ayatollah Khamenei has done something unusual, writes Arash Karami: He admitted to a mistake. Iran's supreme leader said the government's population-control policy had been wrong and would be replaced by “fertility programs." But Karami doubts Iranian women facing economic uncertainty would limit their opportunities to have children. 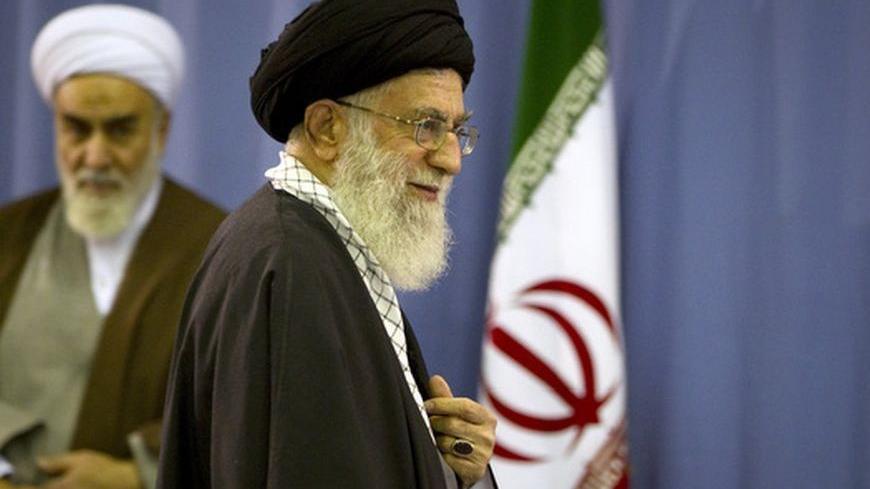 On Oct. 10, Iran’s Supreme Leader Ayatollah Khamenei did something he had rarely, if ever, done: He admitted to making a mistake. During a speech in the Khorasan province, he said, “One of the mistakes we made in the '90s was population control. Government officials were wrong on this matter, and I, too, had a part. May God and history forgive us.”

After the Iran-Iraq war of the 1980s, Iranian officials introduced family-planning programs due to the high birth rates that resulted from the wartime population-growth policy. A successful subsidized program that included birth control and vasectomy clinics, among other services, was implemented nationwide. Slogans were created, including “Less Children, Better Lives” (which rhymes in Persian) and “Two Children is Enough,” to influence public opinion. The Minister of Health at the time, Alireza Marandi, received the 2000 United Nations Population Award for these efforts. Social factors also contributed to declining birth rates. With more females attending college, marriages and child births were both delayed.

Iran’s family-planning program went largely unchallenged until President Ahmadinejad began to criticize the “Two children is enough” slogan. In April of 2010, he also said that “the country has the potential for a population of 150 million.” These statements at first appeared to be empty rhetoric, but when Ayatollah Khamenei, Iran's Supreme Leader, made similar statements, analysts took note.

I spoke to UN Chief of Population Policy Vinod Mishra, who confirmed the Supreme Leader’s concerns about Iran’s declining fertility rates, which he described as “one of the most dramatic declines” in the world. He explained that Iran’s fertility rate is well “below replacement level,” which is approximately 2.1 children per family, where as Iran’s fertility rate is currently 1.7. This phenomenon is known as a “baby bust,” where each successive retiring generation will not be equally replaced with a new work force, straining government resources and putting excessive pressure on the labor force. Southern Europe and East Asian countries are also experiencing baby busts.

On Aug. 1 of this year, Minister of Health Marzieh Vahid Dastjerdi announced the budget for family-planning programs would be completely eliminated. In its place, a budget would be requested to fund “fertility programs” that would care for mothers, infants and children. The minister added that this new direction was in line with the Supreme Leader’s wishes, which let it be known to potential critics or those looking to attack the president by politicizing the issue that the highest authority had given his approval for this change.

Alarmingly, she did not address the health and social issues that could arise from unwanted pregnancies, the strain on resources when families fail to space births or how this new program could induce changes in attitudes and desires.

An Oct. 7 article on the Iranian website Tabnak brought to light one of deeply rooted issues that has been causing lower fertility rates. The article pointed to the alarming decrease in the number of marriages registered in Iran, particularly compared to the increasing the number of divorces registered. The most telling part of this piece is the comments section, where users complained about poverty, high rent, addiction and the lack jobs.

One could dismiss these comments as typical of those in an anonymous online forum. But their positions are backed by research. A study by the Vienna Institute of Demography at the Austrian Academy of Sciences (VID) demonstrated that “highly educated women will take on a “postponement strategy” when it comes to children during times of economic uncertainty.”

Iran has one of the highest literacy rates in the region, especially for women. And although as of late Iranian officials have instituted quotas limiting the number of females in certain academic departments, it is unlikely that they, sensing more restrictions in their professional lives, would opt to limit their opportunities further in order to have children. In fact, typically, a self-reinforcing concept appears to take hold, called a “low-fertility trap,” where young couples considering the opportunity costs of more children would prefer to have none or just one child.

Iranian leaders are in for an uphill battle, and there certainly will be many pitfalls along the way. What’s worse, the future doesn’t seem promising. As Mishra noted, “once fertility patterns take hold in a country, they are very difficult to change.”

Arash Karami is a writer on Iranian affairs who has written for Muftah and PBS' Frontline: Tehran Bureau, and tweets at @thekarami.