Iran's supreme leader has published his plan to speed the country's population growth. 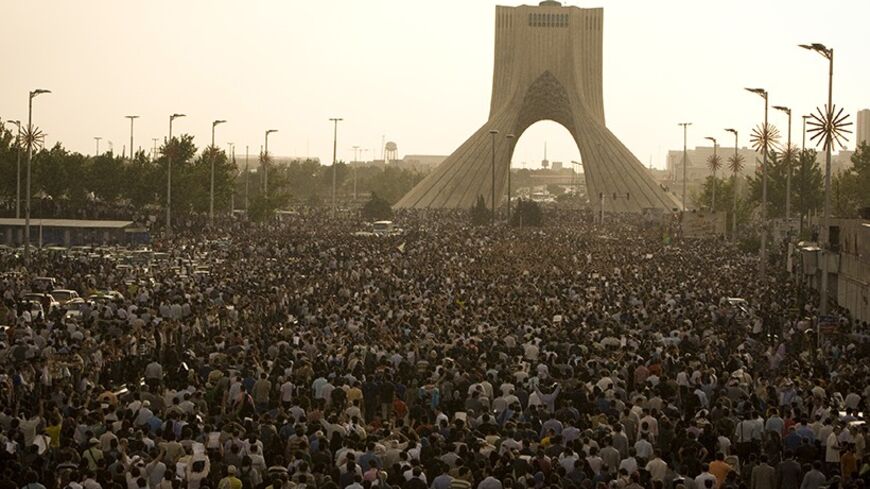 Iran’s Supreme Leader Ayatollah Ali Khamenei has outlined the policy the country should take to reverse its declining birth rate. His 14-point plan was shared on his website as well as all the news agencies in Iran.

According to Article 110 of Iran’s constitution, after consultation with the Expediency Council, it is up to the supreme leader to decide the general policy of the Islamic Republic. Iran’s declining birth rate has long concerned Khamenei, who has addressed the issue in several speeches over the past few years. The plan was shared with the judiciary, the executive and parliament, which recently passed a bill that eliminated the program that had offered Iranians free vasectomies.

“In taking into consideration the positive role of population in the progress of the country, it is necessary to have comprehensive planning for economic, social and cultural growth to be in proportion to the population policies,” read the introduction. It called for the different institutions of the country to implement the plans with “precision, speed and strength.”

The first point emphasizes “increasing the fertility rate to above replacement levels.” On a global average, the replacement fertility level is 2.3 births per woman. For industrialized countries, this rate is slightly lower, while for developing countries, it can reach as high as 3.3 births. Iran’s rate is currently below two.

Point two stresses “eliminating barriers to marriage” and “lowering the age of marriage and supporting young couples.” High property prices have been a factor prompting many middle-class Iranians to put off marriage. Other factors include the struggling economy and the high rate of women studying in universities.

The third point requests that proper facilities be provided for mothers during pregnancy, insurance coverage for childbirth and treatment for both male and female infertility. The fourth point calls for “reforming and completing public education” to emphasize the importance of the family.

Point five calls for “promoting and institutionalizing an Islamic-Iranian lifestyle and opposing undesirable aspects of the Western lifestyle.” Point six states the need for access to healthy living and food options as well as preventing societal ills such as addiction and pollution.

The seventh point points to the need to take care of the elderly. Point eight addresses the issue of education to equip the population with marketable skills.

Point nine addresses the need for proper distribution of space to relieve the “pressure on the population.” Point ten calls for action to “retain and attract the population in the villages and borders.”

The need to “manage immigration to and from” Iran comes in point eleven. Point twelve stresses the importance of “encouraging Iranians outside of the country to be present and invest and to use their capacities and abilities.” Point thirteen calls for strengthening a national identity and enhancing unity, “especially among those living along borders and outside of the country.”