Why are young Iranian couples having trouble getting pregnant?

Faced with dropping birth rates and rising infertility, the Iranian government is moving to boost funding for infertility treatments. 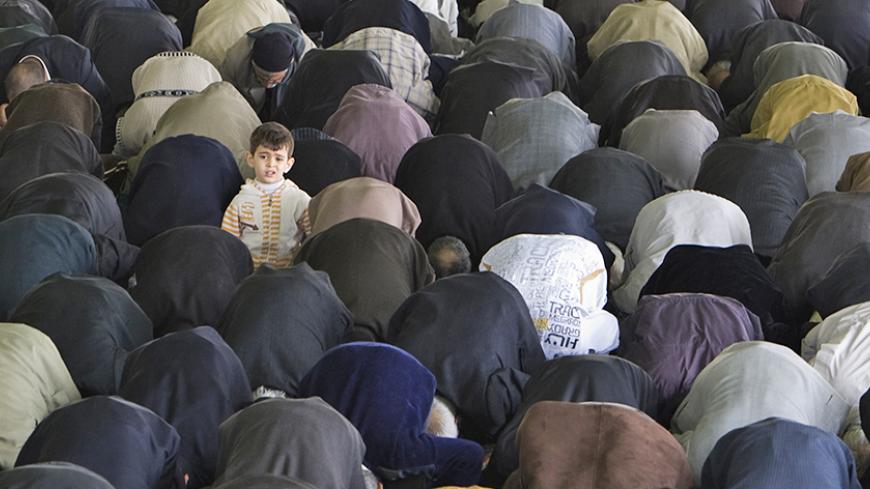 Last month, the Iranian government announced that due to increasing levels of infertility, it will now help fund up to 85% of infertility treatments at state hospitals for families wishing to conceive. Studies by medical researchers show that more than 20% of Iranian couples cannot conceive, compared with the global rate of between 8% and 12%. The Iranian government’s latest move is yet another step by the Islamic Republic to encourage childbearing, which Supreme Leader Ayatollah Ali Khamenei has been campaigning for in recent years. In this vein, family planning budgets have been cut and prevention methods such as vasectomies have been banned.

Iran has long been a leader in the Middle East on treating infertility, with nearly 100 clinics nationwide that serve not only Iranian couples, but also couples from neighboring states who come to take advantage of the country’s open stance toward such treatments. Yet what remains an overarching question is why infertility rates in Iran have jumped above the global average.

Measuring the causes of infertility remains difficult for the scientific community. In the case of Iran, some medical researchers in the country point to the possibility of high levels of air pollution in recent years having an adverse effect on reproduction. But countries such as China and Mexico have had much higher levels of pollution for longer periods of time, and we do not see spikes in levels of infertility. As such, while pollution can be a contributing factor, it is not the only factor.

Yet doctors in Iran have also been pointing to the fact that there are other factors at play in this equation. “The truth is that doing a proper in-depth study on infertility in Iran is difficult,” Dr. Mahshid Hashemi, a women’s health physician in Tehran, told Al-Monitor. “There are a multitude of factors we have to account for, and one that we haven’t properly looked into in Iran, but that proves to be a big issue in other countries, is how sexually transmitted diseases [STDs] that are untreated can be a crucial factor in infertility.”

Annual checkups for STDs such as chlamydia and gonorrhea, which if untreated can lead to infertility, are easy. However, the problem remains that doctors do not test unmarried women for these diseases unless the patient asks for it. “There is a simple fact that we have more and more people in Iran having premarital sex than we have ever had, but it remains a social taboo to check either males or females for STDs such as these,” Dr. Hossein Ashraf, an infertility specialist in the central Iranian city of Esfahan, told Al-Monitor.

According to the US Centers for Disease Control (CDC), chlamydia and gonorrhea are important preventable causes of pelvic inflammatory disease (PID) and infertility. Untreated, about 10-15% of women with chlamydia will develop PID. More dangerously, chlamydia can also cause fallopian tube infection without any symptoms. PID and the “silent” infection that chlamydia causes in the upper genital tract may cause permanent damage to the fallopian tubes, uterus and surrounding tissues, which can lead to infertility. Both STDs are treatable if caught early. As such, the CDC recommends yearly tests for all women under the age of 25 who are sexually active, as well as for women with multiple sexual partners, or a sex partner who has an STD.

“I’ve never had a doctor ask to do any of those tests on me,” Gelareh, a 27-year-old engineer in the Iranian city of Shiraz, told Al-Monitor. “I’m not married, but I am sexually active, and the truth is that I don’t even know what I should be asking my doctor for. And my doctor just assumes that because I’m not married she doesn’t even need to ask me any of these questions about diseases I can get through sex.”

Ashraf agreed that if a patient is unmarried, many of his colleagues do not ask further questions. He told Al-Monitor, “I know the reality of our society now, and I try to get my colleagues to agree to look past the fact that a young person may not be married, yet may be sexually active. But it remains hard. It’s still a big taboo for our generation, despite the fact that the trend in the younger generation points to a reality we need to deal with.” Other patients, especially those who cannot afford to go to private clinics in big cities, complain that there is little privacy in their doctor’s offices to ask questions. “There are always other people in the office when I’m there,” Sara, a 25-year-old from a small town outside of the central Iranian city of Yazd, told Al-Monitor. Sara is also sexually active, and she noted that even if she could talk to her doctor in private, she would be too afraid to tell him that she is sexually active, given how small her town is. “I think he would judge me, even though I know there are other unmarried women in our town who are also sexually active," said Sara.

“I don’t know why we’re having such problems getting pregnant,” Negar, a 29-year-old civil engineer from Esfahan, told Al-Monitor. She and her husband had been trying for over two years to get pregnant before they saw a specialist. They are now undergoing in vitro fertilization treatment. Negar mentioned that among her group of friends, at least five other couples in their late 20s are also undergoing infertility treatment. “What is shocking is that we now have more and more cases of couples in their late 20s, early 30s, seeking infertility treatments,” Hashemi said. “The rates I’m seeing are more than I’ve seen in all my years of practicing. This points to a deeper problem. We do have a problem with male fertility in Iran, it’s true. But what I’m seeing now is also high rates of infertility in younger women. In many societies, infertility treatment is for women who are in their later 30s. Woman in their late 20s should not have a problem getting pregnant — especially in such high numbers. We need to figure out what the underlying issues are.”