As the HIV rate among Turks has sharply increased over the last decade, the Turkish government has started raising awareness among university students. 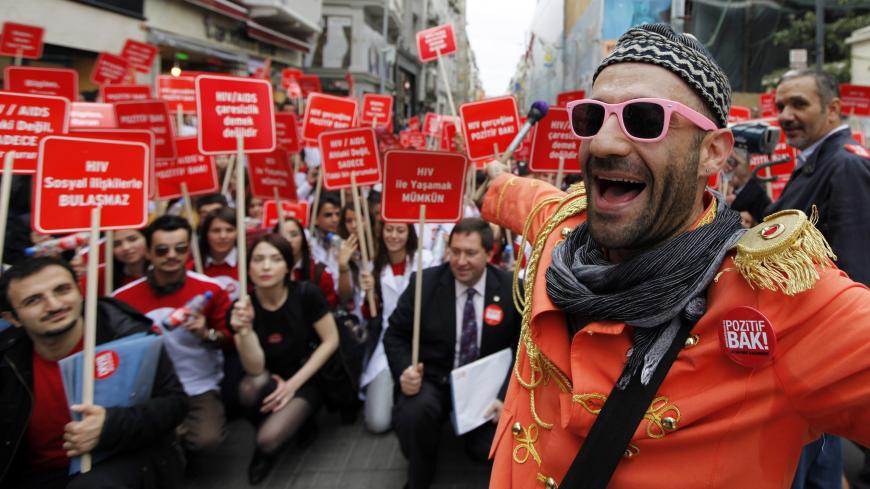 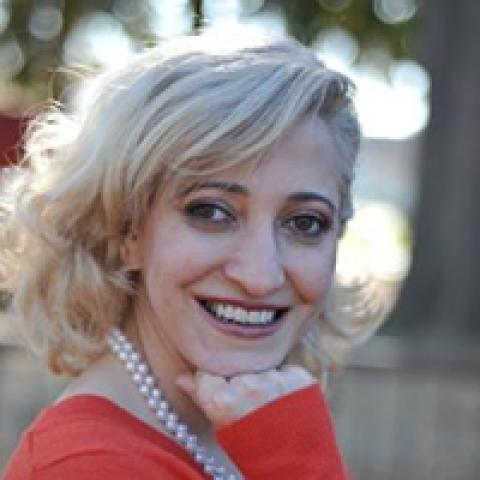 ISTANBUL — Altan (a pseudonym) cried for two hours after his doctor told him he was infected with HIV, the virus that causes AIDS. Following his diagnosis, he searched online for more information about the disease, as he had not learned about sexually transmitted diseases (STDs) while in school.

During his research, the 29-year-old realized he wasn’t alone.

Until Turkey's Ministry of Health released a report last year about HIV/AIDS, it had simply advocated for abstinence. The number of people with HIV in Turkey has spiked 465% in a decade, the highest HIV growth rate in the world, according to Hacettepe University in Ankara, one of the researchers of the report. According to information from the 2017 National AIDS Congress, 45,000 cases of HIV have gone unreported while 16,700 people live with the disease on the record.

Every year, roughly 100 people in Turkey who are HIV positive develop AIDS.

In an email to Al-Monitor, the Ministry of Health stated that it had ramped up awareness campaigns in universities in response to the sharp increase in HIV cases. No further details were provided. Turkey is also opening more health centers where people can take the HIV blood test — anonymously — at no cost, and get counseling on treatment and support services. Since 2012, Turkey has been offering those who are HIV positive the newest medication free of charge, a service even critics of the government say is praiseworthy.

Activists and the Health Ministry say reasons for the sharp rise in HIV cases vary, but the main cause is unprotected sex.

“The fundamental obstacle in the fight against HIV/AIDS constitutes of protective measures. However, the development of desired behavioral change in people and in society at large can take many years,” the Health Ministry said in its email. “As in many other countries in the world, it is necessary to raise public awareness.”

But activists say that raising awareness isn’t effective when it is not consistently done. Turkish media, businesses and the education sector all have to participate to teach the public, and at the moment, they don’t. The Ministry of Education told Al-Monitor in an email that in both primary and middle schools, general reproductive health information is taught but not specifically HIV/AIDS or other STDs.

“Condoms are thought of as a way to prevent pregnancy, but when you are having sex for pleasure most people do not think they have to use them,” said Canberk Harmanci, the project coordinator for Positive Living Association, one of the few Turkish nongovernmental organizations providing HIV/AIDS patients with therapy, legal aid and medical treatment.

Harmanci told Al-Monitor that even Turkish companies that make condoms do not want to associate their product with a disease on billboards and in TV ads. The lack of awareness in preventing STDs is clearly driving up the HIV statistics, he said, adding that anecdotal research shows the increase in mobile dating apps since 2010 has made sex more readily available.

Infected tourists and refugees who pass the disease on to Turkish citizens also are increasing the HIV rate, the Health Ministry said.

Altan cast his eyes down and folded his arms around his thin chest when asked how he contracted HIV. “I made a mistake. I had unprotected sex even though I knew I shouldn’t,” he said.

He said his conservative, religious family miles away do not know he is gay or HIV positive. Altan graduated as a teacher but eventually got a job in a large Turkish company in Istanbul as a quality control inspector. By law, he is not required to reveal his HIV status because it is not an airborne disease, but his company requested its employees to take part in an in-house health inspection; the blood test revealed Altan’s HIV status to his employer in April.

“They gave me two options: resign or get fired,” he said. “I told them, 'Kill me but don’t discriminate against me.' I felt suicidal; I wanted to jump out of the fourth-floor window.”

Altan got in touch with the Positive Living Association through which he sought legal help to sue his company, which eventually fired Altan. He is taking the company — which he didn’t want to identify by name because of the court case — to the Constitutional Court to get workers compensation.

A handful of nonprofits advocate for HIV/AIDS patients, who are socially ostracized and discriminated against in the workplace. There is little to no Turkish government funding for these organizations, and Positive Living relies on United Nations and other foreign funders.

Turkish doctors and activists working in the infectious-disease field say while the medication HIV patients are to take once a day can help them lead a fairly normal life, their immune system may weaken as they age. Other countries have decreased the HIV infection rate through awareness campaigns and education tools, but the stigma and ignorance about STDs in Turkey have prevented tangible change so far. Even some doctors and nurses discriminate against HIV patients because they don’t know the facts. In January, a doctor refused to operate on an HIV-infected pregnant woman in Diyarbakir.

One doctor told Al-Monitor that whoever wins in the elections June 24 — the conservative, religious President Recep Tayyip Erdogan and his ruling Justice and Development Party or the secular opposition — should drop the abstinence rhetoric and face the reality that Turks are having unprotected premarital, extramarital and gay sex.

“Turkey likes to pretend that only gays are the problem and the rest of us only have sex within marriage. Yes, the rate of HIV tends to be higher among gay men, but I have patients who are married men and women — men who cheat on their wives and then infect them with STDs,” said the family doctor, who didn’t want to be identified, fearing repercussions from her employer. “HIV is a disease that is spreading to Turkish families.”

In 2016, Health Ministry figures showed that roughly two-thirds of the sexually transmitted cases of the infection resulted from heterosexual intercourse.

Altan, in the meantime, is practicing a healthier lifestyle, eating better, exercising and using protection with his partners. But he is financially strapped, bunking with friends and waiting for the outcome of his workers compensation case.

“I’m going through a stressful period. Sometimes I think it’s better if I’m isolated and alone so I don’t bother anyone,” he said.

Ozge Sebzeci contributed to this story.