Iran wakes up to HIV/AIDS epidemic among expectant mothers

The Iranian government is trying to combat the spread of an HIV/AIDS epidemic in the country, especially among pregnant women, but much work remains to be done. 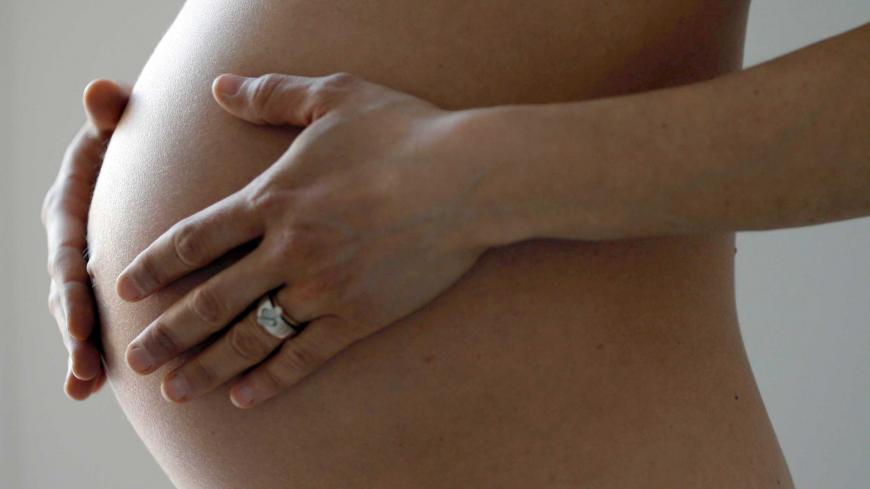 A pregnant woman, in the last trimester of her pregnancy, poses in this photo, March 26, 2016. - REUTERS/Regis Duvignau

In the icy, antiseptic halls of Tehran’s Day Hospital, a man grabbed a fistful of hairs on the back of his head. It was hard to ignore him, as he paced back and forth muttering, “No, no, no,” under his breath. I had just witnessed a doctor inform the man that his pregnant wife had contracted HIV; this exchange occurred while I awaited a blood test to monitor my bout with mononucleosis during February 2005.

I’m now reminded of that scene as Dr. Parvin Afsar Kazerouni, the head of the Ministry of Health’s AIDS Department, has announced that all expectant Iranian mothers are to take HIV tests as of next year.

The latest government figures estimate that 66,000 Iranians have HIV, and that 30,000 of them don’t even know they have the virus. Some statistics even estimate that 120,000 Iranians are living with HIV. According to the United Nations, Iran has among the highest rates of heroin and opium addiction in the world; thus, much of its HIV/AIDS epidemic is found among intravenous drug users and its prison population. The virus is also prevalent among prostitutes and sexually active young people — again, many don’t even know they contracted the virus. What has been on the rise is the number of expectant mothers infected by the virus.

UNAIDS reports that as of September 2016, 80 HIV-positive pregnant Iranian women were identified. Most of the women contracted the virus from their husbands, and many didn’t even know they had it until they gave birth to an HIV-positive baby. The thought of consulting about HIV before marriage and pregnancy hadn’t crossed the couples’ minds. In other cases, some HIV-positive women decided to have children, knowing that they could dramatically reduce the risk of mother-to-child transmission through proper planning.

With a new push for testing, the Iranian government hopes to end mother-to-child transmission. Kazerouni told the Islamic Republic News Agency, “If a pregnant woman’s initial test is responsive, she will be referenced for more definitive diagnosis. And if HIV/AIDS is detected, treatment begins immediately.” She said that the probability of the virus passing from mother to child is 35% to 40%, but that treating the mother early on reduces the probability to less than 2%.

The program to reduce mother-to-child transmission started about two years ago as a pilot project in 16 medical universities with 160 centers in 15 provinces. The original program has been extended and now covers the suburban areas of all major cities across the country. By next year, all pregnant women in the country are to be covered. Since the program began, more than 93% of the infected expectant mothers gave birth to healthy babies as a result.

Gary Lewis, the United Nations resident coordinator in Iran, told Al-Monitor that given the vast scope and strength of Iran's primary health care system, there are hopes that the measures taken to prevent mother-to-child transmission "may even be able to eliminate mother-to-child-transmission within the next year.”

Testing and treatment of expectant mothers is just one of the many ways the Iranian government has been combating the HIV/AIDS epidemic over the years; the first AIDS case in the country was reported in 1987. It wasn’t until the mid-1990s that Tehran took a pragmatic approach to the epidemic, by acknowledging the problem and addressing it through legalizing treatment programs, and even countering its growing drug problem through methadone clinics and even offering needle exchanges. UNAIDS has encouraged a worldwide Fast-Track strategy to end the AIDS epidemic by 2030, and Iran is the only country in the Middle East and North Africa that has joined the cause.

The Iranian government even offers free testing, as well as counseling and treatment programs throughout the country. In more insular communities in rural areas of Iran there continues to be a fear among individuals with HIV that their status will not be kept confidential, so many go to major cities such as Tehran for treatment.

The Iranian government launched the website hiv-sti.ir to furnish information and education about HIV/AIDS through animations and short films. The site provides links to 157 centers nationwide that offer free HIV testing and counseling services. Similarly, Dr. Jamal Hekmat manages IranHIV.com, a website that allows Iranians to ask questions and to read about prevention, sexual education, treatment and more. There is also an app called Hamdan designed to provide information about legal rights and sexual health for Iranian women to fill the gap of sexual education that isn’t systematically taught at school and in some universities.

In 2016, the Tehran Positive Club, a nongovernmental organization that helps support people living with AIDS in Iran, was one of 10 organizations that received the Red Ribbon Award for their “inspiring work toward ending or reducing the impact of the AIDS epidemic.” The Tehran Positive Club is one of more than 32 clubs providing emotional and social support to those living with HIV.

There is also a push to use art to educate Iranians. Pop singer Shahriar Paarsse, a known HIV activist, is releasing an album titled “Getting to Zero” with the collaborative efforts of governmental and nongovernmental sectors to tell the story of HIV patients and bring hope and awareness.

Despite progress in education and combating HIV/AIDs, there continues to be some stigma and discrimination, especially against pregnant women with HIV. According to some stories, such women have been harshly criticized for their decisions to bear children by hospital staff, including their own doctors. One mother had gone into labor and waited for a long time to have a cesarean section. “I asked staff why [they’re not operating on] me? They answered, ‘Don’t talk. You’re infected with HIV and you should be operated on last because we must sterilize the room.’” Because of that bad experience, she decided to never have a child again.

Lewis said, “We know that the level of youth knowledge on the disease has increased. But there is still a lot of room for improvement, especially for making the general public more aware of how the disease is spread and how to prevent it.” He said this is part of the national strategic plan to end the AIDS epidemic by 2030.

While the Iranian government is continuing to tackle HIV/AIDS, it seems there is still a ways to go to educate its general populace, and in some cases, its doctors, too.