With financial benefits, investment in infrastructure and a vibrant university, Israel's southern city of Beersheba is swiftly becoming a hub for both international and local high tech companies. 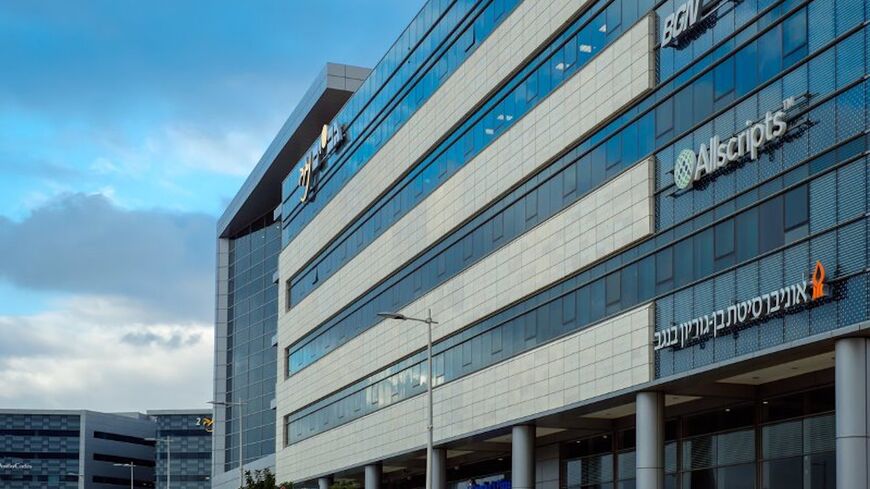 The Advanced Technologies Park in Beersheba, Israel, is pictured in this undated photo. - Ben-Gurion University

There has been enormous change in Beersheba, a southern Israeli city that was once best known for poverty and other socioeconomic problems.

Eight years ago, former Prime Minister Benjamin Netanyahu remarked on the "human capital" of the south, saying, "For the first time there’s immigration to the Negev. This is changing its character. Beersheba will be the cyber capital of the eastern hemisphere.”

That forecast is now being realized, though the Israel Defense Forces’ cyber intelligence headquarters have not yet moved to the Negev. But the move to Beersheba is expected in 2028 and bulldozers started breaking ground in December.

Even without the new bases, Beersheba is already powered by IDF veterans and graduates of the Ben-Gurion University of the Negev (which has grown from 5,000 to 20,000 students in the past decade). The secondary school system is strong in tech as well and in 2021, 500 high school students studied technology and cybertechnology, more than any other concentration.

Cybereason and CyberArk, two large companies headquartered in Boston, recently announced the establishment of research and development centers in Beersheba.

The development and activity centers of many cyber companies are being transferred and constructed there to make use of the advantages of the region. They receive quite a bit of government aid in tax benefits and grants to do so. The prices of land and rent are also much lower in Beersheba, which is only an hour from Tel Aviv by train or car.

The Israel National Cyber Directorate grants tens of millions of shekels a year to companies that move to the region and employ Negev residents. The National Center for Managing Cyber Events of the National Cyber Directorate, which has 80 employees, operates from the high tech park in Beersheba, from which it manages the cyber defense umbrella for all infrastructure facilities and the entire Israeli market.

Cyberreason operates today in more than 50 countries and employs more than 1,500 people around the world. At its new Beersheba center, it is expected to employ more than a hundred more people from the region. In the past year, the company has seen accelerated growth and doubled its employees in Israel to more than 500. Reports last February revealed that the company had submitted a confidential forecast ahead of its stock issue in the United States, estimating that its stock will be issued at a worth of $5 billion.

The company has raised $750 million from major firms around the world, including the Japanese Softbank and Google’s cloud division, which invested $50 million. There is also Liberty Capital, run by former US Treasury Secretary Steven Mnuchin, who is also a director of Cybereason.

CyberArk announced that it will expand its research and development campus and also add at least 100 workers. Chen Bitan, Cyberark’s general manager and chief product officer, said in an interview that not only does the move have great advantages for the company, but it is a Zionist mission to bring high tech from the center of the country to the periphery.

The Gav-Yam Negev Park is planned to include 200,000 square meters of offices, labs and commercial space. The park was created by the Gav-Yam company in cooperation with the city of Beersheba, Ben-Gurion University and the American-Japanese KUD company. The park is expected to grow alongside the neighboring new IDF teleprocessing campus now under construction, where 7,000 conscripts and officers in elite technology units will serve. It is expected to include 15 buildings and employ 10,000 high tech workers.

Israel has long had the reputation of a cyber superpower, starting from the IDF’s cyber units and continuing with the software firm CheckPoint, Nir Zuk’s Palo Alto Networks and companies like SentinelOne and Cybereason. Investment in the field has been flourishing. Several of Israel’s unicorn companies from the last two years are cyber companies including Cheq, Wiz and Pantera.

However, a shortage of human resources in these fields is slowing the growth of Israeli cyber companies. The training provided by the IDF’s cyber units provides the Israeli ecosystem with a constant flow of workers and new entrepreneurs, but this supply is not enough to feed the growth in the field, and Israel is facing a human resources crunch. Right now, there is no government plan to address this problem, nor a stable enough government to create one.

The war in Ukraine has paused the work of about 20,000 Ukrainians who worked remotely for Israeli tech companies. There are efforts to find new workers in Morocco, Georgia, India and elsewhere, but the demand is greater than the supply. The focus on tech education in Beersheba is hoped to meet some of this demand and transform poor peripheral cities to flourishing tech centers.